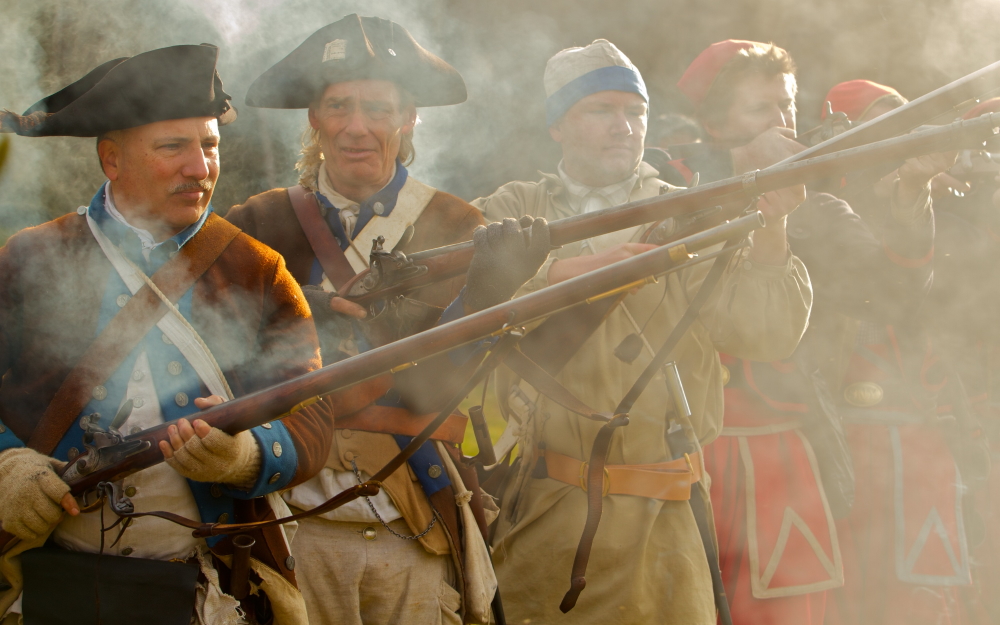 Reenactors portray patriots during a 1777 battle at Fort Montgomery on the Hudson in which the Continental Army was overrun. (File photo by Ross Corsair)

In March, at the Dutchess County quarterly historians’ meeting, we discussed planning for the 250th anniversary, in 2026, of the beginning of the Revolutionary War.

Putnam County will join in this effort, with Sallie Sypher and Jennifer Cassidy of the Historian’s Office as representatives. We decided to form committees based on the colonial precinct boundaries in 1775. For simplicity, smaller precinct committees will combine to meet as regions.

We foresee a large bi-county celebration in 2026, and a bi-county, multi-day historical conference in 2027. Local celebrations will begin in 2024 and continue through 2033; we will investigate the impact of the Revolution on Dutchess and Putnam County life in the years following 1783, as well as examining the events and significance of the war years.

Almost immediately after our March meeting, New York State went on “pause,” making the timing of the meeting quite fortuitous. Although we haven’t accomplished much yet, we at least decided on our marching orders.

In the next issue of The Dutchess, the Dutchess County Genealogical Society will begin a multi-year series exploring patriot ancestor research. When the Daughters of the American Revolution accepts a patriot line, the applicant usually has only researched the line of the patriot’s child from whom he or she descends. So what happens if you see your ancestor in a DAR record but not the child from whom you descend? In that case you must document not only your line up to the child, but the link between the child and the patriot.

The DAR’s Patriot Ancestor database has records of its “approved” patriots, sometimes noting those requiring additional research. With few exceptions, the data is taken from verified membership applications or supplemental applications. Visit dar.org, scroll to the blue banner and click “Research.” That brings you to the Genealogy Research System, which has a variety of tools. Click “Ancestor” to see if your patriot has already been researched. Depending on what you find, you may wish to purchase record copies.

Military service is not the only qualifier for someone of the era to be a “patriot.” Did your ancestor supply food or clothing? New York had a Committee for Detecting and Defeating Conspiracies that was active from 1776 to 1781. Its minutes were published and can be quite handy both for establishing Loyalist ancestry or to find names of those who helped transport prisoners, testify against Loyalists or report their activities, such as burying supplies for the British.

Proving patriot service is not the only hurdle to become a member of the DAR or the Sons of the American Revolution (SAR). You must also document every link between yourself and the ancestor, except those that somebody else has already taken care of to the satisfaction of the organizations.

In recognition of the difficulty of finding birth and death records so far back, deed and will records are accepted providing that they establish a clear link. The DAR also accepts analysis of data, but for one link only, not the entire line.

As a companion to the patriot ancestry series in The Dutchess and in continuing partnership with local historical societies, the Dutchess County Genealogical Society will hold Zoom classes on Revolutionary War ancestor research beginning in May. The Enoch Crosby chapter of the DAR, which serves Putnam and eastern Dutchess, had planned a workshop for April 18 which had to be canceled. To help make up for that, the first Zoom class will have members of the Enoch Crosby chapter as presenters. Check dcgs-gen.org for updates.