John Denis Sheeran, 71, of Cold Spring, died on May 2 of complications of COVID-19 and a stroke he suffered in October. 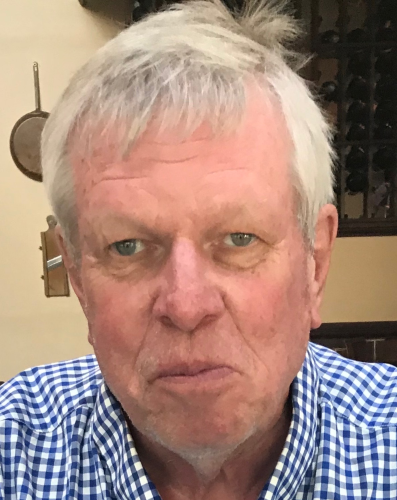 John was born in New York City on July 5, 1948, the son of John and Jean (Pring) Sheeran. Over the course of his life he lived in various places throughout New York, including Riverdale, New City, Centerport, Manhattan, Jeffersonville and Garrison. He also spent time at family summer homes in Montauk and Loch Sheldrake in the Catskills.

John received a bachelor of arts degree from Fairfield University in Connecticut and went on to work over 36 years in the financial services end of the insurance industry as a senior vice president in charge of directors and officers’ liability programs.

He enjoyed bringing his family on vacation to places like Newport, Rhode Island; Tybee Island, Georgia; and what he considered the perfect location, Martha’s Vineyard.

John’s family said he possessed a larger-than-life personality and will be most remembered for his sense of humor and playfulness. He was articulate and had a great love and appreciation for his friends and family. He organized many events to bring them together, such as annual trips to Austin, Texas, concerts, cocktail parties and corporate outings.

He was a lifelong fan of the Boston Celtics and also a self-acclaimed Celtic who lived a life focused on pride, loyalty and camaraderie. He enjoyed watching and playing sports, including basketball and tennis, and was interested in movies, books, art and, his biggest passion, music. He enjoyed fine wine and good food as well as a great pizza and a nice cold beer. In his later years, John found joy in decorating themed cigar boxes that he sold at galleries and markets.

John is survived by his wife of 47 years, Maureen; his daughter Brittany (Joseph) of Ashland, Massachusetts, and grandchildren Sienna, Tristen and Hayes; his daughter Mariel Cornell and grandchildren Dexter, Chase and Tatum, who live in California. His son, Cailean Walker Sheeran, died before him. He also is survived by his siblings, Peter Sheeran of Texas, Patricia Sheeran of Las Vegas and Claire Levin of Virginia.

A celebration of John’s life will be held later in the year when COVID-19 restrictions have been lifted. Donations in memory of  John and Cailean may be made to the Lyme and Tick-Borne Diseases Research Center (columbia-lyme.org).