Brother Theodore W. “Ted” Novak, SA, 78, a Franciscan Friar of the Atonement who served as chaplain for the Garrison Volunteer Fire Co., died on April 22. He was a resident of St. Paul Friary at Graymoor. 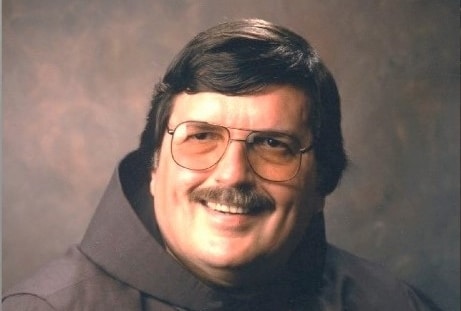 Brother Novak was born June 28, 1941, in Middletown, Connecticut, the son of Albin and Sophie (Szpakowski) Novak. He entered the fraternity after graduating from Woodrow Wilson High School in Middletown in 1959 and received the habit in 1960. He made his first vows in 1962 and professed final vows in 1967. He earned a bachelor’s degree in human development and elder care from Empire State College in Purchase in 1992.

Brother Novak served the Friars in various administrative roles in High Point, North Carolina; at St. Christopher’s Inn in Garrison (1970-74); in Richmond, British Columbia; the development office at Graymoor; and working with elder friars. He worked at the Institute of Human Applied Dynamics–St. Jude’s in Bedford Hills for many years as a mental health assistant for mentally-disabled adults. He also was chaplain for the Mohegan Lake Volunteer Fire Department.

He took joy in showing people his latest folk art creations in his studio at Graymoor and was involved in the Valley Artists Association, the Garrison Art Center and the Greenwich Art Center in Connecticut.

He is survived by a brother, Peter Novak of Wilmington, North Carolina; a niece, Lori Ann Miller; and his grandnieces, Erika Bowen, Cheryl Winakor and Rachael Winakor.

Information provided by the Franciscan Friars of the Atonement