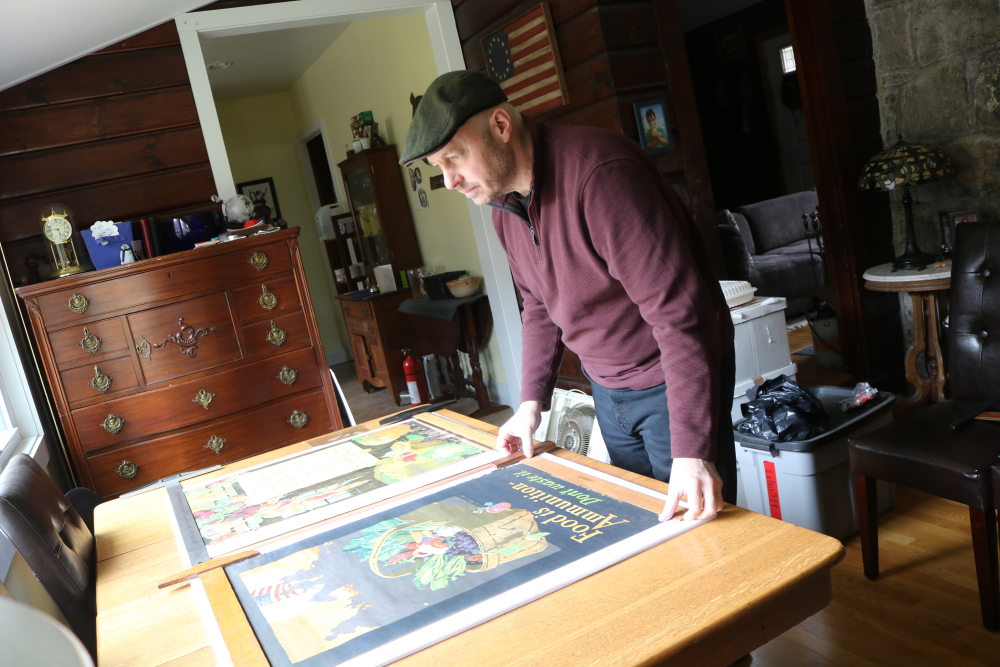 Jeff Wigdor credits his penchant for collecting family discards and the ongoing COVID-19 shutdown for his recent discovery of three World War I propaganda posters in the attic of his Lake Valhalla home in Philipstown.

“I was the one who’d keep things from ending up in the dumpster,” Wigdor said of his habit of collecting unwanted possessions after the death of a relative.

Over the years, his attic collection grew to include boxes he had not even opened. “The pandemic gave me time to do that,” he said.

One box contained a storage tube he didn’t recognize. Inside were the three posters, a little worse for wear. 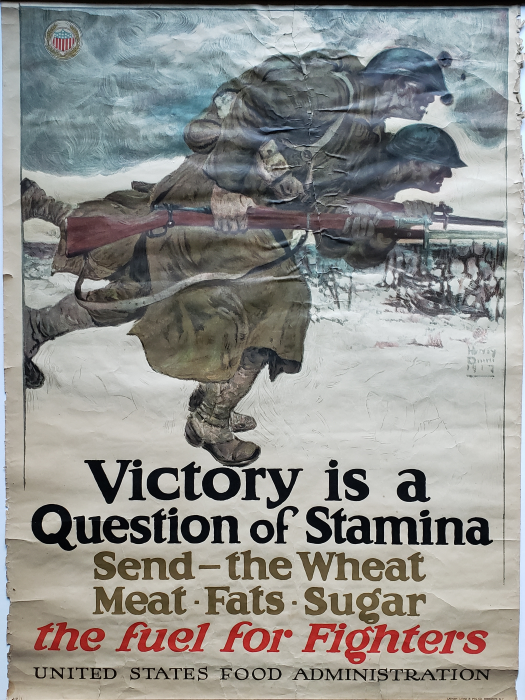 Produced by the U.S. Food Administration, the agency responsible for feeding the American and allied military force overseas, the posters stress the need for stateside food conservation. As the U.S. entered “the war to end all wars,” posters featuring slogans such as “Victory is a question of stamina” encouraged Americans to eat less so more food could be shipped to troops. They also advocated planting “victory gardens” and canning fruits and vegetables.

In 2020 it’s hard to imagine posters as a primary means of influencing a nation. Not so in the early 20th century. According to the Library of Congress, which has more than 1,900 posters created by the U.S. and its allies in its collection, “during World War I, the impact of the poster as a means of communication was greater than at any other time during history.”

American artists contributed hundreds of designs. The best-known of them — an aggressive Uncle Sam pointing at the view and saying, “I Want YOU for the U.S. Army” — was created by James Montgomery Flagg. He adapted his design from a 1914 British poster in which Lord Kitchener admonished British citizens with “Your country needs YOU!” 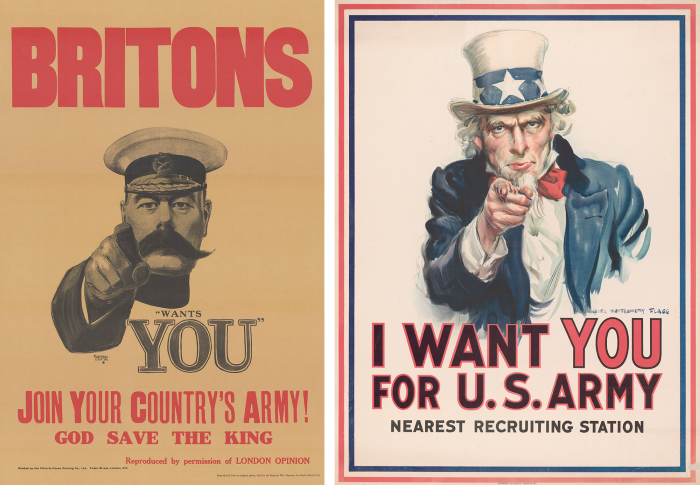 Posters, including a version of Flagg’s Uncle Sam design, were produced in large numbers in the 1940s during World War II, as well, but by then much larger audiences could be reached though radio and film. 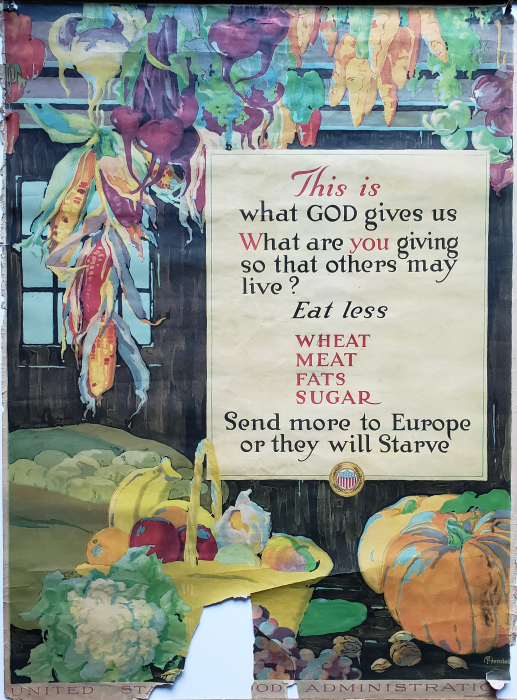 Topographic maps of Massachusetts, stored in the attic next to where Wigdor found the posters, provide a clue to the likely original owner of the World War I memorabilia. “The maps belonged to my grandfather, Palmer Day,” Wigdor said. “He last lived in Plymouth, Massachusetts.”

Day’s family was in the printing business, but markings on the posters indicate they were produced in New York City and Chicago.

His grandfather did, however, play a role in restoring the century-old printed materials. Wigdor used Day’s handmade T-squares to flatten the tightly rolled paper. (Wigdor said he would like to have the posters mounted and protected. One of his dreams, he said, is to own a pub. “I’d love to hang them there.”)

Day, who died in 1996, wasn’t a veteran, but Wigdor’s family has a history of military service dating to the Revolutionary War. During World War I, relatives served in the U.S. Signal Corps Balloon Group No. 3 and the 101st Engineer Battalion. 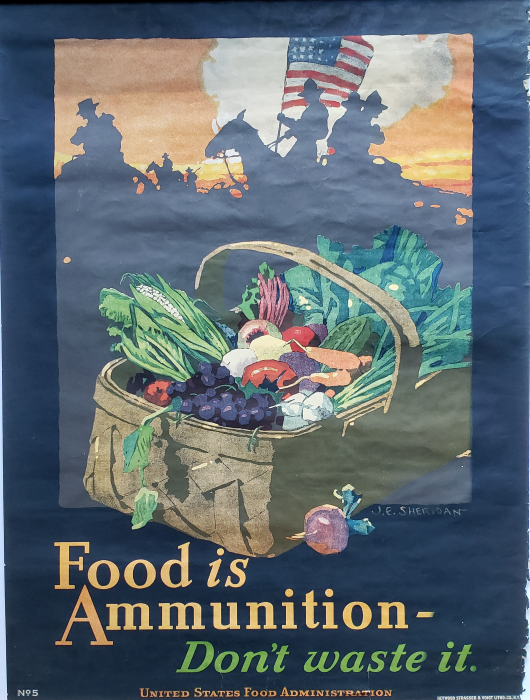 Finding the posters when he did was poignant, Wigdor said. His discovery came as his son, Jared, a lance corporal in the U.S. Marine Corps Reserves, returned home after a year of training in Florida and California.

Of the three posters, Wigdor is especially drawn to one bearing the slogan “Food is ammunition — don’t waste it.” He said, “I love the message, the vibrant colors and the silhouette of soldiers on horseback.

“The messages have such significance,” he said. “It’s humbling to be their steward, hopefully to preserve them for another 100 years.”