John Robert Levine, 82, died May 11 at Wingate in Beacon. 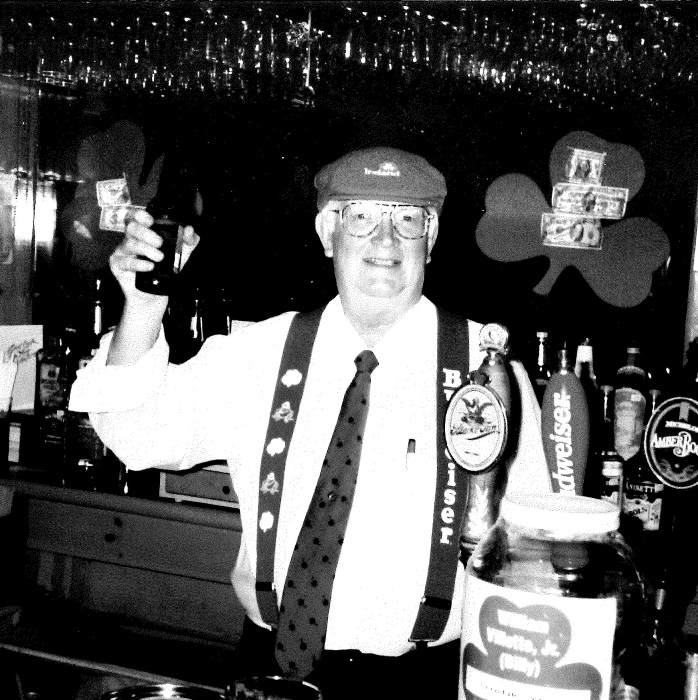 He was born April 24, 1938, in Beacon, the son of John and Margaret (Moshier) Levine. He was a 1956 graduate of Haldane High School, where he excelled in football and track. In the late 1960s, John was one of the founders of the Haldane Alumni Football Association, which honors a senior athlete annually with the George Ellis Memorial Scholarship.

In the 1950s, John helped manage his parents’ store, Marge’s Delicatessen, in Cold Spring. He later worked at Texaco Research Center in Beacon, where he met Catherine (Kay) Keays. They were married in Beacon on Oct. 30, 1960. Shortly thereafter, John and Kay opened the Riverview Restaurant on Fair Street in Cold Spring, which they sold in 1963.

During the 1960s, John worked for Clinton Funeral Home and later began his own limousine service, Custom Livery. In 1968, John had the honor of serving as Barbra Streisand’s chauffeur during the filming of Hello Dolly in Philipstown.

Also during the 1970s, John worked for Pat and Nick Deluccia at Dockside Restaurant, at the majestic Cold Spring riverfront. Local patrons spent many a night belting out Billy Joel’s “Piano Man,” with particular emphasis on the line, “Now, John at the bar is a friend of mine; he gets me my drinks for free.”

After winning the first of three battles with cancer, in 1981 John opened a coffee-and-newspaper stand at the Cold Spring Metro-North station, then known as Conrail.

In the 1990s, John was well-known as the bartender at Killeen’s on Main Street in Cold Spring, and later co-owned and managed Downtown, also a Main Street tavern. John’s final professional position was with Healey Brothers, in Beacon, where he worked for the service department.

Football was his passion, and the Giants were his team, through the tough years as well as the triumphant ones. Beginning in the 1980s, he traveled to Canton, Ohio, nearly every year for the Hall of Fame induction ceremonies. The group that went to Canton varied from year-to-year; John was the constant, as he organized the excursion. On at least one occasion, he creatively maneuvered his way “behind the scenes” by impersonating a reporter.

John was also an amateur photographer and an avid chef, and traveled to New Orleans to attend the New Orleans School of Cooking. John and Kay, during their 59 years together, traveled extensively around the country, visiting nearly every state in the U.S. In their early years, they took their grandchildren Rebecca, Emily and Colin on some of these adventures.

Besides his wife, John is survived by his children, Lori Moss (Hugh) of Cold Spring, Patricia Levine of Beacon and John Levine of Fishkill; his stepdaughter, Pamela Faulds (Tim) of Fishkill; his grandchildren, Rebecca Sela (Dave), Emily Ivansheck (Zach), Colin Faulds, Victoria Moss, John Moss, James Moss and William Moss; and his great-grandchildren, Owen Ivansheck and Harper Ivansheck. He also is survived by his sister, Carole Rapalje of Beacon.