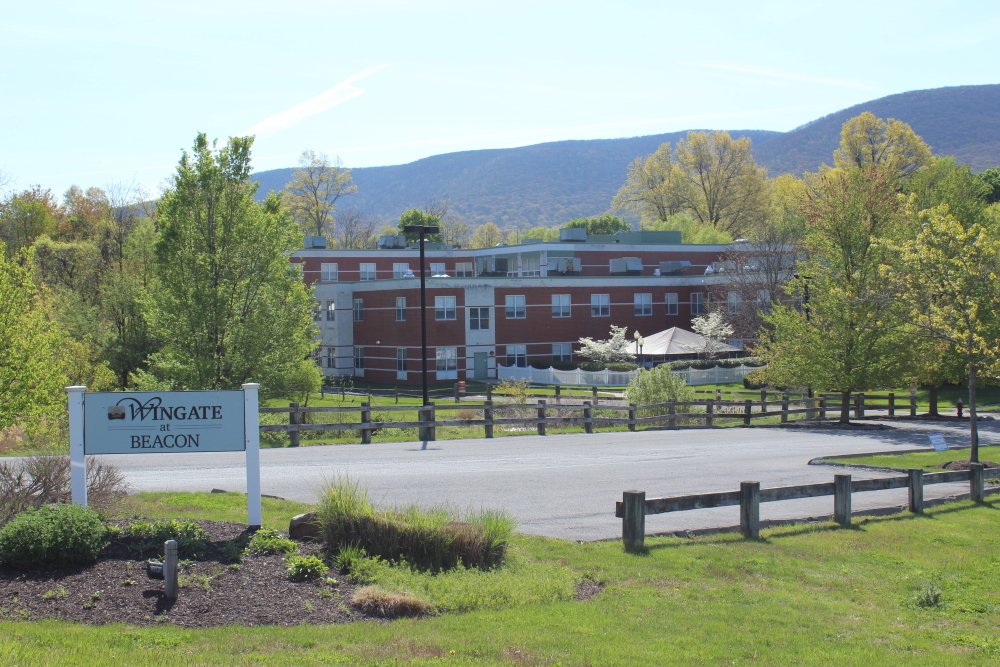 John Sellingsloh visited his sister, Marian, each week at the Putnam Nursing and Rehabilitation Center near Holmes, a hamlet of Pawling, until the facility banned visitors in March. Then came a call notifying him that she had tested positive for COVID-19. Then came another, on April 16, saying she had died, at age 75.

“Until that point, I had heard stories of family members with people passing from this virus in hospitals, and their sorrow at not being able to be with them,” said Sellingsloh, who lives in Hopewell Junction. “That was the kicker — not being able to see her again or say goodbye.”

Marian Sellingsloh, who grew up in Beacon and Glenham and worked for the Red Cross in Japan and at a state facility for the disabled in Rockland County, was gifted in music and art, according to her obituary. Her brother said she had been at the nursing home for five years and was “very weak” and “very vulnerable.” (He praised the facility’s employees, saying even the housecleaning staff would ask, “How’s your sister?”)

The Putnam Nursing and Rehabilitation Center has lost 13 residents to COVID-19, according to the state. Another three residents have died at Putnam Ridge in Brewster.

According to the state Department of Health, about 25 percent of New York’s fatalities — some 5,400 people confirmed or presumed to have COVID-19 — have occurred at nursing homes.

In response, the county this week began testing every resident at its 13 licensed homes for COVID-19. At the same time, the state is requiring that nursing-home employees be tested twice a week for the virus while reversing a much-criticized directive that the facilities accept COVID-19 patients from hospitals.

Dutchess began its testing at Wingate and said on Tuesday that 13 of the 104 residents were found to have COVID-19. In addition, six of 157 residents at the Pines at Poughkeepsie tested positive. In many cases, the residents did not have symptoms; each confirmed positive was isolated. Armed with 3,600 test kits provided by the state, County Executive Marc Molinaro said the health department hoped to test residents at the remaining 11 facilities over the next few weeks.

[Update, June 19: After completing testing of about 1,260 residents, 29 were identified as having COVID-19 and isolated, the county said.]

The majority of individuals identified as COVID-19 positive in the County’s testing initiative were asymptomatic.  Once identified, patients were relocated to be cared in separate, secure areas of the facility to prevent any potential spread.

“There are real challenges, there is a lot of confusion and everyone’s trying their best,” he said.

According to a directive issued by Gov. Andrew Cuomo on Sunday (May 10), nursing homes must report any positive tests among their staff by the next day.  Facilities that violate the directive could have their operating licenses suspended or revoked and face a fine of $2,000 per violation per day. Any staff members who refuse to be tested will not be allowed to work.

But Molinaro said that using a standard diagnostic test for staff will be problematic because people infected with COVID-19 can still transmit the virus even when they have no symptoms. Dutchess health officials typically must wait two days to receive results, he said.

The county needs rapid testing, with results within an hour, he said, and has “called on the state to make that available.”

Cuomo also announced this week that he was rescinding a March 25 directive that prohibited nursing homes from discriminating against COVID-19 patients who had been discharged from hospitals, and requiring that facilities accept those patients as long as doctors determined they were “medically stable.”

State Sen. Sue Serino, who is a member on the Senate’s Aging Committee, and whose district includes the Highlands, said on Wednesday that the state should create a staffing pool for nursing homes — many of whom already share staff — and send test kits directly to the facilities. She also called on the state to deploy the National Guard to help with administering tests and cleaning nursing homes.

“Once again, the state has failed to adequately address the real need during this time,” Serino said in a statement. “Increased testing will undoubtedly place even more strain on the staff on the ground in these facilities, and the state does not have a backup plan to assist.”