After 34 years on Main Street in Cold Spring, Gary Arceri and Ellen Hayden plan to close their shops — Downtown Antiques, Art & Antiques and the Ellen Hayden Gallery — at the end of May.

Arceri and Hayden said their sprawling collectibles stores and art gallery on lower Main Street were victims of the COVID-19 shutdown and an inopportune rent increase.

Downtown Antiques began its life across the street and up the hill, near where Joseph’s Fine Jewelry is located. Arceri and Hayden, who are both painters, met in art school at SUNY New Paltz. After getting married, and while Arceri was still in graduate school, they looked for a way to supplement their incomes.

“We had impulsively collected — I shopped at antiques shops as a teenager — plus we had things our parents had passed along,” Arceri recalled. “We realized we had a knack for finding things, either on the side of the road or globally. In a way, we’ve been preservationists of things some people see as junk but others recognize have intrinsic value. We see it as guarding the thread of history.” 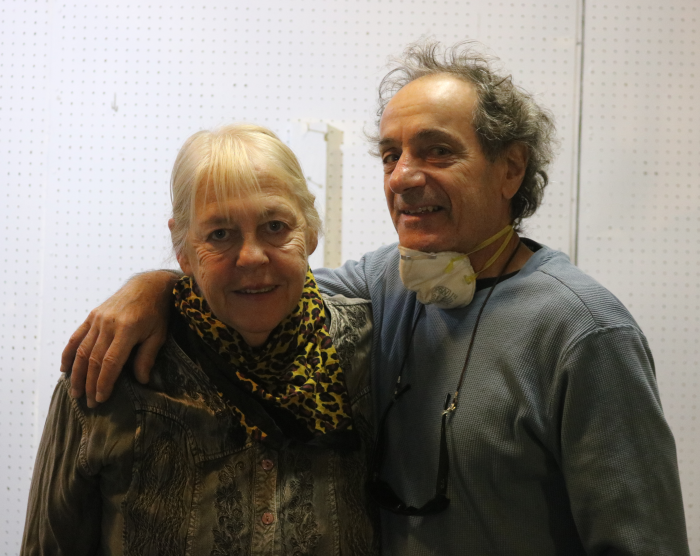 For the first few years of their marriage, the couple rented a building in Walden that had a storefront and a second floor they turned into a studio. Then they met Tommy Valentine, who owned a building in Cold Spring and convinced them to move.

In the 1980s, “there were probably three times as many antique shops [on Main Street] as there are now,” Arceri said. “It had been a depressed river town, but we came in at the end of a boom. We made a go of it in that space, but few people walked up the hill.”

Eventually, they made their way west, to 40 Main St., which had been an auction house. There were three or four renters working in booths in a “cavernous space” with no walls, Arceri said.

“We rented the whole building and kept a large portion for ourselves, including the art gallery, which we designed,” he said. “We filled the space with 10 vendors. We brought it back to life.”

Gregarious by nature, Arceri said he has formed many lasting relationships with passersby who stopped to browse. 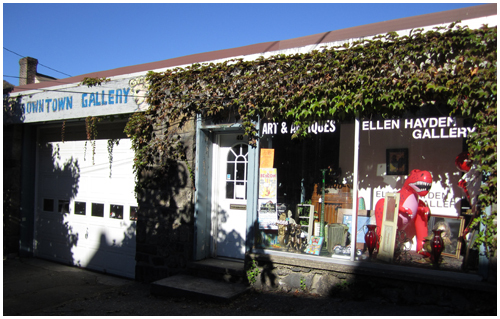 “We’ve made it a social place, open to any kind of conversation and different opinions,” he said. “We think that’s cool and healthy. It’s enhanced our scope, our horizons. I was talking to somebody who loves dictators! It never ends, the variety of characters. We’ve had so many people visit, from around the world — we’ve received so many postcards. People pour off the trains and want to talk. It’s amazing how learning to say ‘Thank you’ in someone’s language can change things, on a little or big scale.”

Not one to shy away from politics, Arceri said he has always been open about his leanings, which he admits doesn’t always go over well.

“We’ve always shared our political opinions,” he said. “We had a little theater set up with stickers, buttons, not very friendly to the present administration. People would walk out, argue with us. But this country is an experiment and we are obligated to stand up and criticize. I might be crazy and foolish, but we stand up for social justice, against racial inequity, and use the podium as artists to take that risk, because we are patriotic.”

There have been plenty of celebrity sightings. “Scarlett Johansson was here with her brother. Kevin Kline. Cab Calloway’s son. The guy who posed for [Mad Magazine mascot] Alfred E. Neuman! I’m talking to him and he says, ‘My uncle created Alfred E. Neuman.’ I’m looking at the guy — I don’t want to say anything, but he had a round face, that hairline, those ears, and then he showed me his dropped tooth and told me his uncle used him as a prototype.

“We met the guy who designed a ventriloquist’s dummy that we coincidentally had in the store,” Arceri said. “We had a Vietnam veteran who brought up a copy of Life to the counter — he was on the cover. Once you have things that are a link, a thread to the past, you will have people come in who are connected to them.” 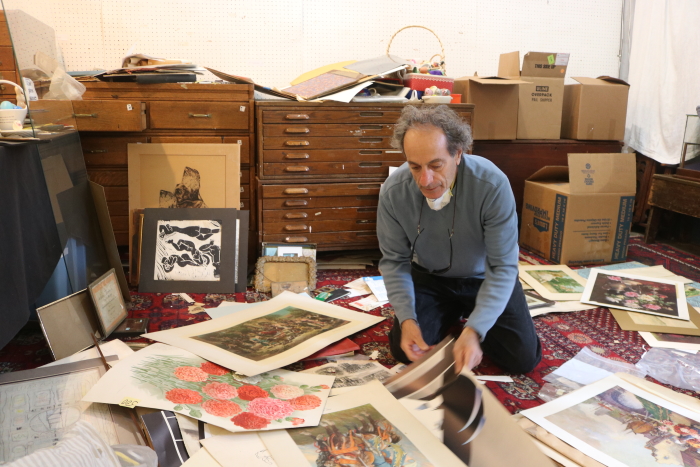 The popularity of eBay hurt the retail business. “There are two schools of thought on it,” Arceri said. “You’re educating everyone [about values] and now we can’t get any deals at garage sales. But every winter, we went on eBay to sell — we’ve sold more than 10,000 items. We needed eBay to pay our mortgage. I just mailed 100 pounds of comic books to California.”

Over 34 years, the couple have seen Main Street shops come and go, which Arceri attributes in many cases to “people who hadn’t done their homework. They only saw a bustling tourist town. Many were doomed by rents that are not friendly to what they want to do. How do you get through the winter? What about utilities? Some people have money in the family, some are duking it out without making a profit, but we couldn’t sustain a vanity shop.”

After the shops and gallery close, the couple said they will focus on their artwork, musical pursuits and, when they can, spending time with their son and grandchild, who live in Chicago. They plan to supplement their income with eBay sales (their seller name is downtown1).

“We weren’t planning to leave,” Arceri said. “We wanted to try to ride out the pandemic. But there was a rent increase. I didn’t think there was any way to sign a lease now because we have no future for three, maybe even six months. Ellen has been saying to me for several years we should get out. She does most of the paperwork. We’ve been afraid to move out — we’re pack rats.”

Downtown is open by appointment (call 845-265-4866) for the next two weeks, but there is no browsing. Arceri said he expects a lot of “I know you have this thing — I’ve been looking at it for year trying to decide if I should buy it.”

4 thoughts on “After 34 Years, Antique Shop and Gallery to Close”