George S. Hallock, 53, a lifelong resident of Beacon, died May 12 at the Westchester Medical Center in Valhalla.

George was born June 11, 1966, in Beacon, the son of George and Natalie (Delamater) Hallock. After attending Beacon schools, he worked as a furnace installer and repairman for the Bottini Fuel Co. in Wappingers Falls until his retirement. He also was a self-employed contractor who could fix anything, his family said.

George loved helping and being with friends, his family said. He was especially fond of Mount Beacon and, with his brothers, Chaz and Stephen, built dune buggies and went off-roading in Jeeps and four-wheelers.

A graveside service will be held with immediate family at Fairview Cemetery in Beacon. 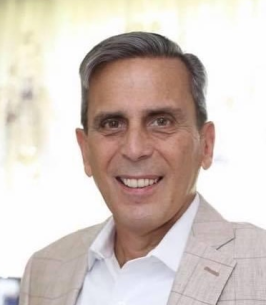 John Francis Joy, 69, a Beacon resident since 1984 and formerly of White Plains and Peekskill, died at his home on May 9.

John was born in Peekskill on Oct. 13, 1950, the son of John and Mary (Centorrino) Joy. On Aug. 10, 1980, he married Theresa O’Neill. John worked in the advertising industry for 45 years until his retirement in 2018 as director of advertising for Lord and Taylor in Manhattan.

He enjoyed vacationing at the beach and watching sports, especially soccer (he was an avid fan of Manchester United) and hockey (he attended many Rangers games at Madison Square Garden), his family said. He also enjoyed horse racing, boxing, listening to music and going to concerts. He was a member of St. Mary, Mother of the Church, in Fishkill.

Besides his wife and mother, who lives in Cold Spring, he is survived by his children, John Joy (Angela) of Poughkeepsie; Christopher Joy (Kathleen) of Fishkill; and Kimberly Wing (Zachary) of Beacon; his grandchildren, Christopher Joy Jr. and Clara Wing; and his siblings, Jane Gordineer (Dave Piques) and Robert Joy (Kelly Pagan).

A drive-by memorial was held on May 13. Memorial donations may be made to Hudson Valley Hospice Foundation (hvhospice.org) or Memorial Sloan Kettering Cancer Center (to benefit MSK Westchester), P.O. Box 5028, Hagerstown, MD 21741 (mskcc.org).

Dr. Nejad was born Dec. 7, 1931, in Tehran, where he was a community physician, colonel in the Iranian Army and director of National Laboratories at Leila Pahlavi Hospital. After moving to U.S. with his family in the early 1980s, he earned a doctorate in biochemistry from Vanderbilt University. He was also a fellow of the American College of Physicians.

Dr. Nejad opened a practice in Beacon, which he ran until his retirement in 2012. He relocated to Florida with his wife, Rouhi.

Besides his wife of 63 years, he is survived by his children, Natalie Patrizio (Mark), Shahin Ariaey-Nejad and Vida Odescalchi (Dominic); and his grandchildren, Justin Rastegar, Chase Rastegar, Alex Odescalchi and Victoria Odescalchi. His life will be celebrated by the family in a private ceremony.

One thought on “Beacon Obituaries”