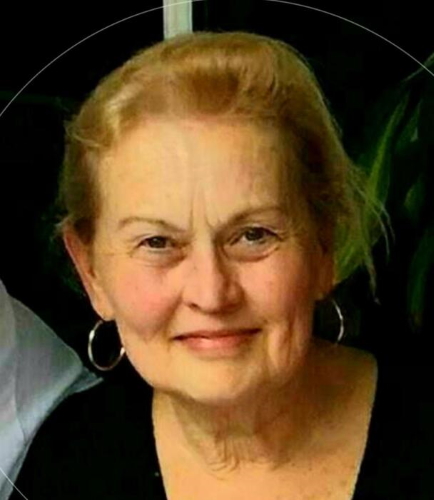 Lynne was born April 22, 1943, in Ossining, the daughter of Harold and Marjorie (Naess) Brundage. She grew up in Edgemont and attended Edgemont High School. In 1962 she married Nicholas Tryforos, and the couple raised two daughters in Scarsdale.

In 1984, she married Benjamin Padilla. The couple lived briefly in Toledo, Ohio, before returning to the New York area in 1985.  She worked closely with Benjamin in his engineering business and at the Berlin Steel Co. in Berlin, Connecticut, where she was the international marketing and operations manager until her retirement in 2006.

She traveled to China, Europe, Argentina and Turkey, as well as Guatemala for her grandson Alex’s adoption, and to Arizona for her granddaughter Nicole’s recent graduation from college.

Lynne was a caregiver for all those who came into her life, her family said. After introducing herself to the Franciscan Friars of the Atonement at Graymoor in Garrison, she became an active volunteer and assisted the friars with many of their Benefactor Appreciation Day fundraisers.

Lynne was known for her kindness, generosity, concern and willingness to help in whatever needed to be done, her family said. She became instrumental in recruiting other volunteers and in spreading the word about the Friars and their founder, the Servant of God, Fr. Paul Wattson.

She is survived by her daughter, Electra Bokanoski; her former husband, Nicholas Tryforos; and her siblings, Lee Brundage (Sue), Robert Brundage and Laura Tirrell (William).

Memorial donations may be made to the Franciscan Friars of Atonement (atonementfriars.org).