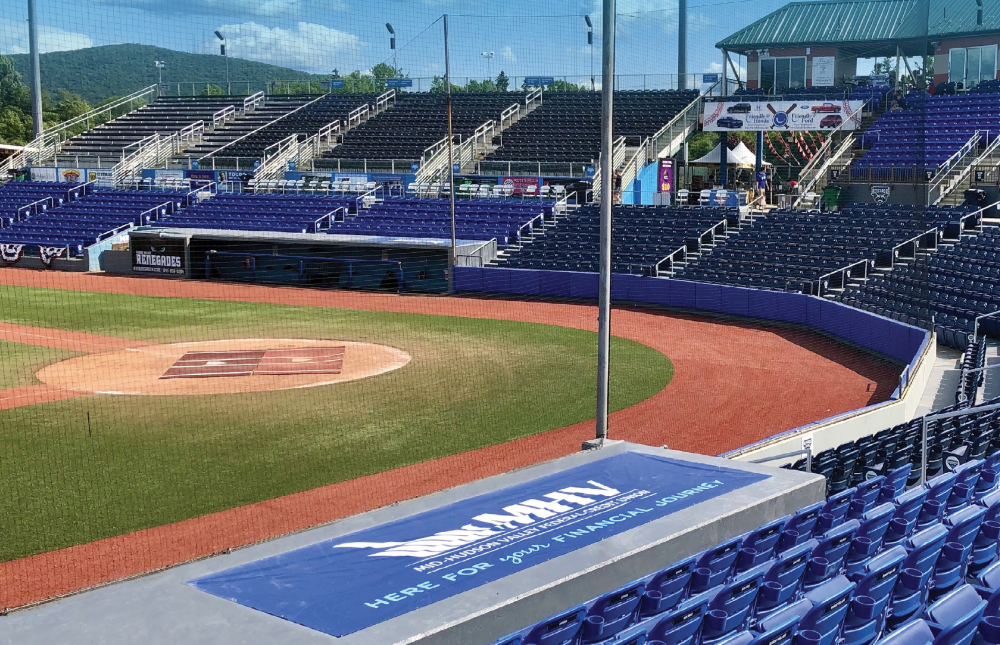 If allowed to play all or part of its season this year, the Hudson Valley Renegades said it would close seats and rows at Dutchess Stadium to ensure social distancing.

Although it appears unlikely the Hudson Valley Renegades will begin their 2020 baseball season next month as scheduled, the minor league team has prepared a detailed plan on how baseball might safely be played at Dutchess Stadium.

The Renegades, an affiliate of the Tampa Bay Rays, would begin their season on the road on June 18 and end it over Labor Day weekend with a three-game home stand. The team, which has played in Wappinger Falls for 26 seasons, is part of the Class A, short-season league, the fifth of six levels in the minors.

The Renegades’ COVID-19 plan presumes that Dutchess County will be in Phase 4 of a state’s reopening plan by next month (the county has not yet entered Phase 1), and that Major League Baseball will manage to salvage some its season, which had been scheduled to open March 26. (MLB and its Players Association are negotiating an abbreviated, 82-game season with a regional schedule that would begin in July, played before limited or no fans.)

The Renegades’ readiness plan outlines possible changes such as cashless payments for food, tickets and merchandise; fewer tickets sold to allow for rows and seats to remain empty; employees who interact with fans wearing masks and gloves; temperature checks for every employee when they enter the ballpark; one-way walkways; doors propped open on restrooms to encourage “touchless entry” and every other sink and urinal disabled; and increased sanitation throughout the ballpark and clubhouse.

In addition, the Kid’s Zone/Playland would not operate; players would not give autographs or throw baseballs into the stands; first pitches would be thrown to a family member rather than a player; and “commonly spit” items such as seeds, gum and peanuts would be restricted. 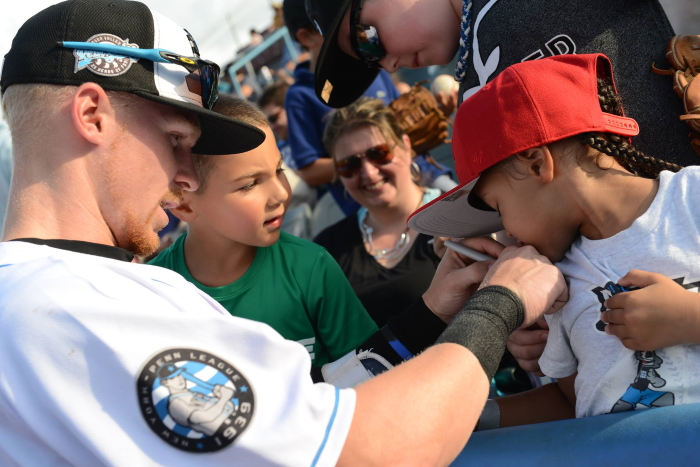 If the Renegades are allowed to play, the club says there will be no autographs or other contact with fans.

To encourage fans, the Renegades launched a #GadesGivingBack campaign, selling gift cards for $25, $50 or $100 at bit.ly/renegade-gift-cards that can be used for tickets, food or merchandise. The team is adding 20 percent in value to each card (e.g., $25 becomes $30) and donating another 20 percent of each card’s value to the Dutchess Responds fund to help those in need.

Steve Gliner, the team’s president and general manager, said he feels it is important for baseball to return to the Hudson Valley as soon as feasible.

The Mid-Hudson region, which includes Dutchess and Putnam counties, has met five of the state’s seven criteria to begin Phase 1 of a reopening plan, which would allow for construction and manufacturing to reopen with safeguards in place. Arts, entertainment and recreation businesses and schools cannot reopen until Phase 4, following restaurants and food services, and would require social-distancing protocols and other measures to be in place.

Asked about the Renegades at a Facebook Live town hall on Wednesday (May 13), Dutchess County Executive Marc Molinaro said he didn’t expect the season to begin in June. “In the context of phases, July seems more likely, with limited capacity possible,” he said. “But they also play teams from Brooklyn and other areas, and we may not want that kind of travel.”

Along with the Brooklyn Cyclones, an affiliate of the Mets, the Renegades compete against teams from West Virginia, Connecticut, Pennsylvania and Vermont. 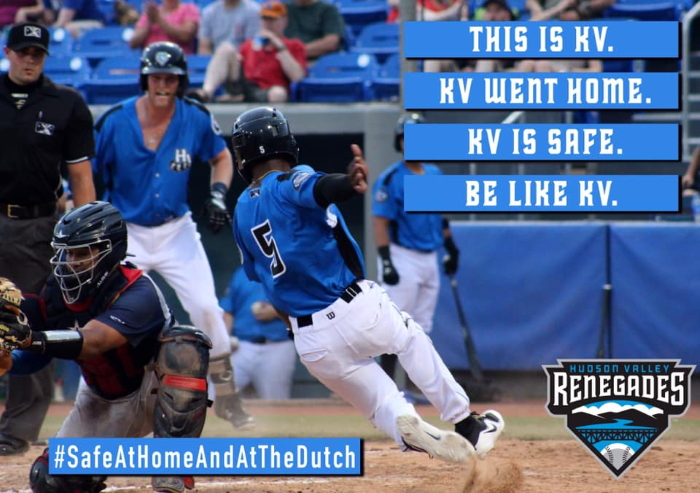 The team posted this message on social media on March 25, encouraging people to stay home.

Gliner said the Renegades understand that several pieces need to fall into place for baseball to be played at Dutchess Stadium in 2020. But he said having a mitigation plan in place if that happens was an important part of the process.

“I’m a planner,” he said. “If we are not told ‘no,’ we want to be ready to play. A lot has to do with the MLB plan, because elements of that plan will be put into the minor-league system.

“We’ve received a lot of good responses to our plan, from season-ticket holders on,” he added. “Our group is looking to be in front of the curve, and we’ve been working since Day One on how to open our buildings safely. We want people to understand that this situation is something we take very seriously. If they see that we at Dutchess Stadium are being safe; that’s how we want people to feel — that it’s safe, clean and with proper protocols in place.”

It’s highly unlikely the Renegades would play games without fans. Unlike the major leagues, which has broadcast contracts and other sources of revenue, the minors rely heavily on ticket and concession sales. “We’re not looking at that [option] at this time,” Gliner said. “A major component is to have fans in the building.”