You never know: your neighbor might just have an etching studio inside their home. 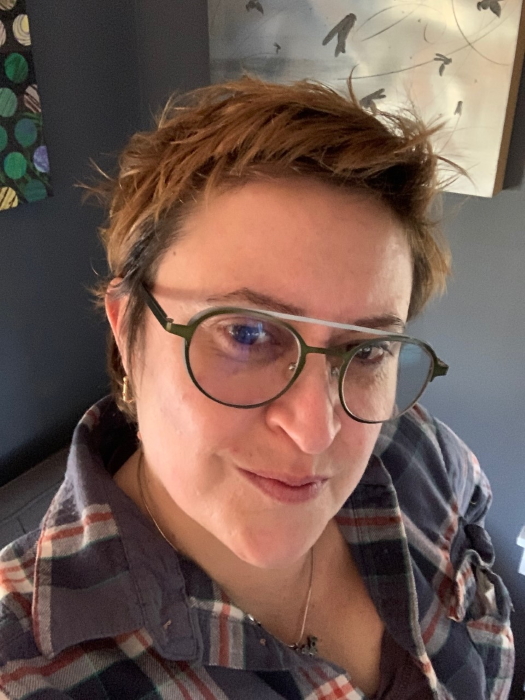 When she moved to Beacon nearly 10 years ago, Beth Weintraub took advantage of her new walkout basement to get a printing press inside. The space is also now home to an exposure machine, sheets of metal, handmade paper and other tools of her trade: oil-based etchings on paper, wall-mounted columns of abstracted collages and etched metals.

In fact, she says, “somehow I’ve turned my entire house into my studio. I’m also sewing masks and have sewn eight quilts since January. My dining room is fabric, another room is covered with cut up bits of paper. A low coffee table is all I have left to eat on. Art is squeezed in. I keep making more and more. It’s about that mix of figuring out what your process is, then making it become a beautiful object.”

“What I’m known most for is etched metal plates, but my color work is my most treasured,” she says. “I’ve been wanting to do more personal work, and right now, after studying the work of collage artist Rex Ray, I’ve been trying to learn his process. I wanted to get away from the acid-etched metal and back to a simpler and non-toxic process. 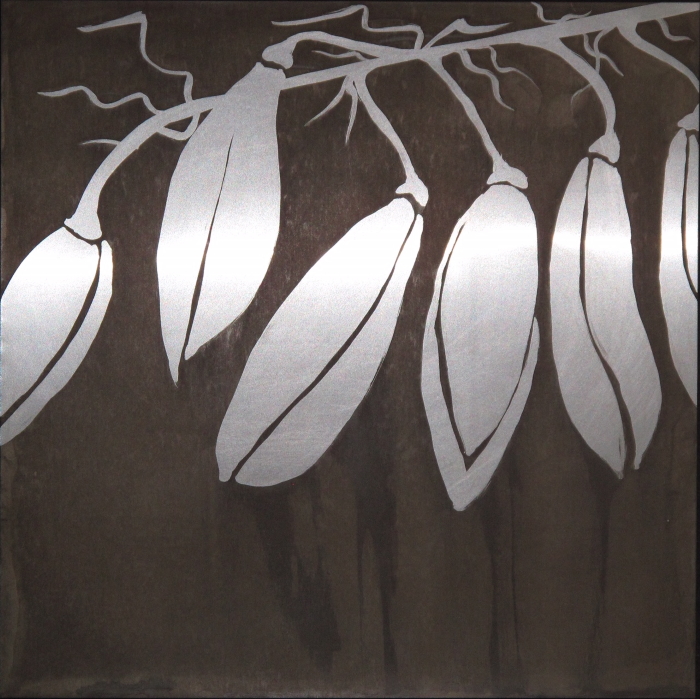 “It’s been evolving now for two years, doing collage, and I’ve managed to bring it back to my own style of imagery, making little pill shapes, color pills, with repetition. Now they’re getting very elaborate.” She handprints 30- and 36-inch paper squares, about 50 sheets each, and creating “sort of monoprints, which I try to assemble in a way that give them more depth.”

Weintraub, who says she is most relaxed “when I get to be fully manic,” says sheltering-in-place has been relatively easy “because solitude is part of what I do, although I have worked at the Beacon Pantry and at Cold Spring Cheese Shop, where I get to meet people.” 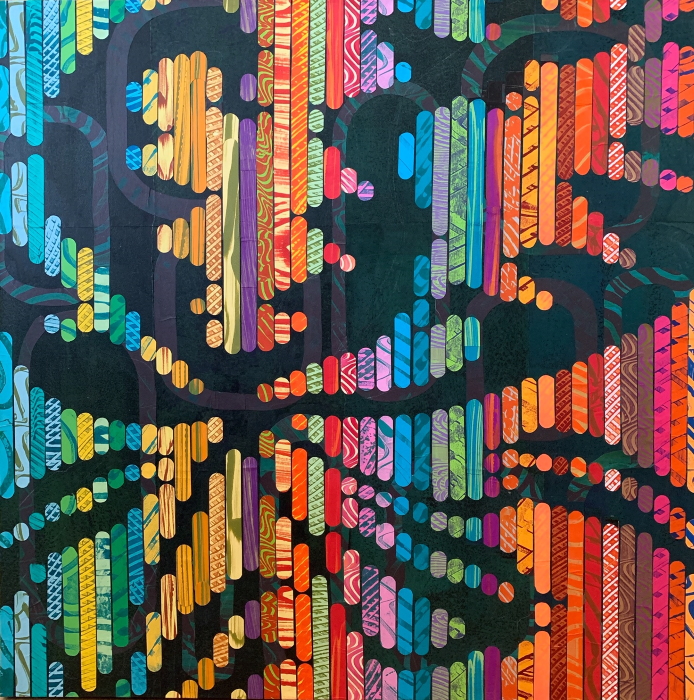 She became a printmaker by happenstance while attending Sarah Lawrence College. “I was signing up for a painting class, but it was full, and by the time I worked it out, the only remaining class was printmaking,” she recalls. “It was a yearlong class which included a month learning paper-making. The first time I printed an aquatint correctly, a light went on: here was a way of working within a set of limitations. It occurred to me, all the ways you could create within the limitations and transpose and invert. 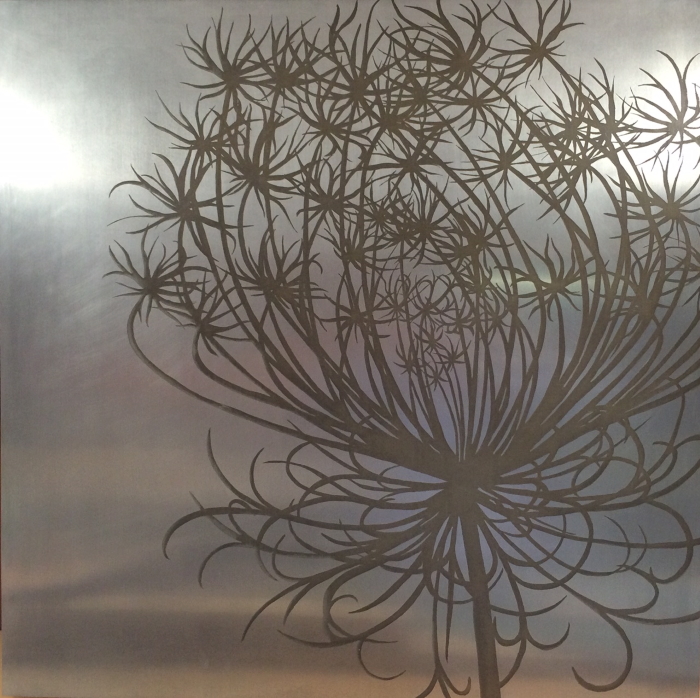 “Also, I loved the smell of the ink, the feel of the paper,” she says. “It’s a very active discipline — you feel the weight of the printing press and you end up sometimes with surprises. To figure out how to make what you’re imagining is a challenge I couldn’t resist. As artists, we recreate the same thing over and over again, improving it with an additional layer of thoughts.”

After graduating, Weintraub moved to Manhattan. A few years later, she drove to San Francisco with a friend and stayed for 20 years. In 2011, in the wake of the economic downtown, she returned to New York, settling in Beacon. “I wanted somewhere where the cost of living would never prevent me from being an artist,” she says. “I’ve taken full advantage of not having to hustle so hard.” At the time, she recalls, the city was “half-boarded up yet felt very entrepreneurial.” 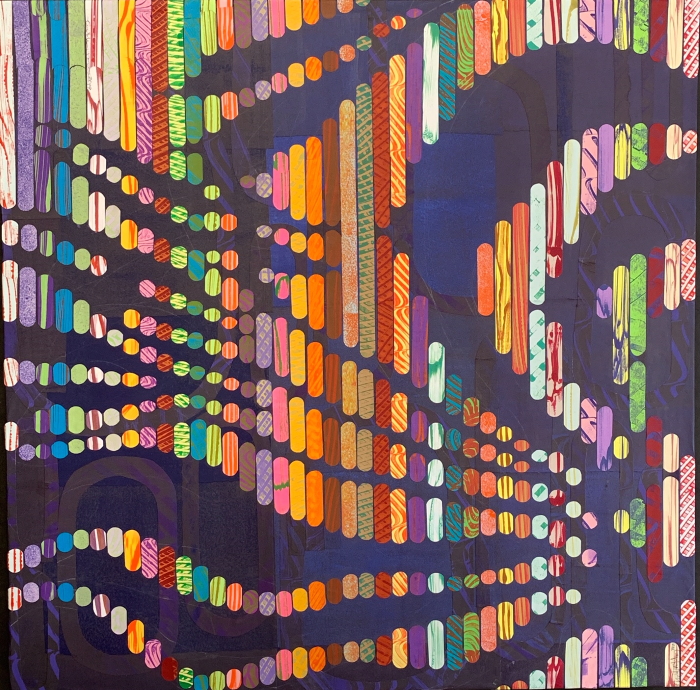 She still works with California set decorators, prop masters and magazines (her resume includes a category called Art Appearances with listings such as New Girl pilot and an issue of Home Lighting and Accessories), and she’s still writing, in what she describes as the “cli-fi” genre: climate mystery, science fiction and escapism. “My fantasy is to one day write the same story over and over again, each time from a different perspective,” she says.