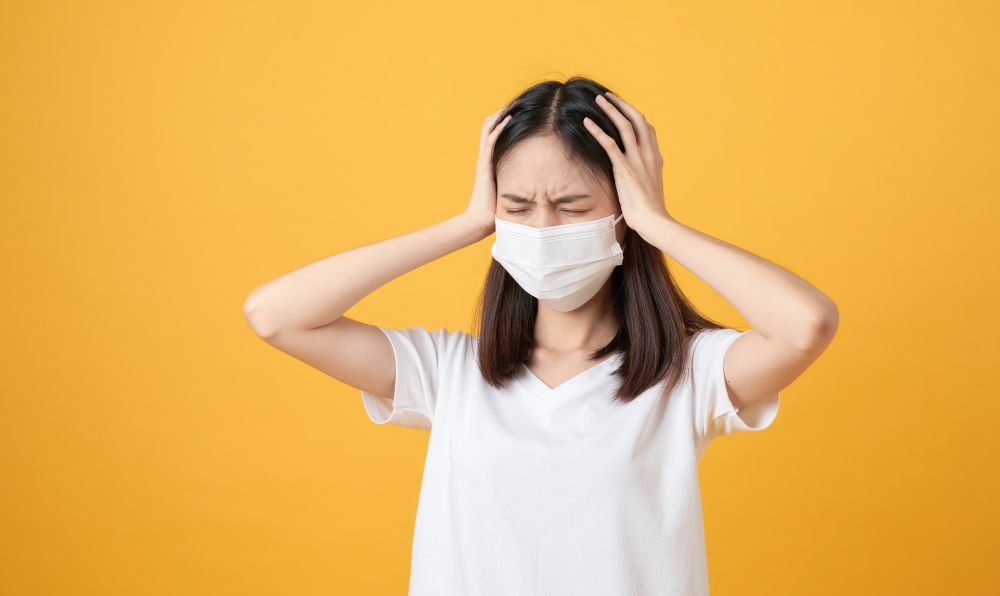 I find humor in most things — but not anxiety. And locally, it’s probably at its peak since the coronavirus shutdown began.

I barely chuckled when it was pointed out that stressed spelled backward is desserts.

Overeating may be an understandable, though unhealthy, coping mechanism. But what I’m seeing around the Highlands goes beyond indulging in an extra scoop of ice cream or a second helping of pasta.

A few things from recent days:

■ A first after more than 20 years in business: A deli owner ordered someone out of his shop because the customer was belligerent.
■ A woman was verbally assaulted by a fellow customer who wrongfully accused her of moving a shopping cart.
■ A man swerved recklessly to go around a car exiting a busy parking lot, honked and drove away at high speed, tires screeching.
■ A frustrated clerk yelled at a customer to wait, even though he was the only person in line with three registers open.
■ A liquor store owner reported that while wine sales are up, hard liquor purchases are “way up.”

Tracy Prout Bunye, a psychologist based in Garrison, is a principal investigator in a study of the psychological impact of the pandemic. She says her jaw dropped when preliminary data showed rates of post-traumatic stress disorder and depression nearly 10 times the norm. And therapists, she said, are experiencing an influx of patients seeking support because of increased stress.

Ubiquitous media coverage, including in The Current, makes anxiety-inducing details of the pandemic nearly impossible to avoid. It’s a bit like trying to ignore the NFL during football season.

I conducted an experiment. How soon after turning on my radio would I hear the word coronavirus? It was the second word uttered. The next day, it was the first word. End of experiment.

The news media is devoting a lot of chatter to when things will reopen. That speculation alone increases anxiety. People yearn to know when “normal” will be in sight. But conflicting narratives from public health experts and the “let’s just give this a try” camp only increase the angst.

Michael McKee, a psychologist who is also based in Garrison, warns people against news overload. “There are many open questions, but immersing yourself in news all day will not answer them,” he says. He advises: “Limit news consumption to once a day.”

McKee also recommends focusing on staying connected with the important people in your life, including friends and extended family.

Bunye says there’s no “right way” to cope with social isolation, but she offered a few guidelines:

■ Focus on what you can control.
■ Create a routine.
■ Exercise regularly, including low-impact walking and stretching or visiting natural areas.
■ Maintain social connections, safely and virtually.
■ Eat well.
■ Make a point of asking how those you live with are doing.
■ If you live alone, check in regularly with friends, family, neighbors.
■ Share a meal with a friend via Zoom.
■ Talk to trusted friends about what you are thinking and feeling.
■ Even if feeling badly, jot down things you’re grateful for each day.

Last fall I interviewed Cari Swanson, a horse trainer with a lot of horse sense. In her book on how to ride a horse, a skill which requires the learner to relax, Swanson ends each page with a single word: Breathe.

Sound advice, whether riding a horse, or coping with a pandemic.