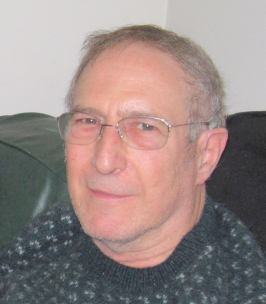 He was born June 9, 1943, in Murfreesboro, Tennessee, and studied chemistry, biology and math at Middle Tennessee State University. He was a Peace Corps volunteer in India and taught high school science before returning to the Peace Corps as a recruiter in the Southeast Region. He joined the humanitarian agency CARE International in 1970 and was assigned to its headquarters in New York and later to Atlanta, India, the Philippines, Tunisia, Bangladesh and Manila.

After leaving CARE, he was director of networking and communications for World Vision USA and director of information technology for the International Rescue Committee.

During his time overseas, Charles once met and worked with Mother Teresa. He was a religious person who loved animals, ham radio, science-fiction movies and books, Filipino and Indian food, coffee and travel, his family said.

Besides his wife, the former Imelda Catembung, he is survived by his daughters, Zarina Smith and Rekha Zumbro; his grandchildren, Yvette Venturi, Angelina Smith and Anika Zumbro; and his siblings, Betty Lou Zumbro and Pat Zumbro. The family held a prayer service at the Libby Funeral Home in Beacon.