Montgomery says now not the time for new hires

During a contentious meeting held June 2 via audio-conference, the Putnam County Legislature approved a budget transfer that will allow the county executive to hire a deputy.

After a 25-minute debate, legislators voted 8-1 to move $20,500 to the personnel line in the county executive’s budget. This will allow Putnam County Executive MaryEllen Odell to appoint Thomas Feighery, a project manager in the Highway Department, as a part-time deputy county executive for the remainder of the year. 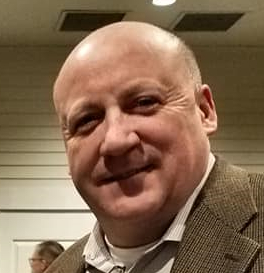 The position has been vacant since October 2017, when Bruce Walker left for a federal job. Odell has said keeping the position vacant saved the county $485,000.

Feighery will keep his position at the Highway Department and next year will earn a combined salary of $116,200.

“The reinstatement of this position is necessary given the health care crisis and the economic crisis, which is a grave reality,” said Legislator Ginny Nacerino (R-Patterson). “No one could have predicted a worldwide pandemic would cripple our federal, state and local economy, our budgets, our health and welfare.”

She called Feighery a “uniquely qualified individual” who will “readily be able to interface with the Economic Development Council and local businesses during this unprecedented time.”

Legislator Nancy Montgomery (D-Philipstown), who cast the lone “no” vote, called the action “a rubber stamp on a patronage hire,” and said the lawmakers should be looking for ways to prevent layoffs and furloughs that may be necessary due to the economic crisis.

“Instead of having workers as our first priority, we are falling over ourselves to expand executive staff,” she said. “Now is the time for hiring freezes and austerity measures at every level until we can stabilize county finances. We need to take care of our rank-and-file employees, retaining as many as we can before we expand any county management and executive positions.”

Before being cut off by what sounded like a male legislator telling Montgomery to “shut up,” and while being accused of “grandstanding,” the lawmaker called the appointment of a county employee to a second job “par for the course” in the county.

“We have multiple executive staff collecting multiple salaries for multiple positions, but the Legislature has looked the other way from this for years,” she said.

Nacerino reminded her colleagues that it is not under the purview of the Legislature to approve who the county executive selects as her deputy; the lawmakers were only approving the fund transfer that will allow her to fill the position. This is the case for all elected officials who hire people to serve under them, she said.

“We have an individual here who can job-share, wear two different hats, and do a great job,” he said. “So there’s a great savings in this opportunity that we have for this year. Next year the county executive could fill the position herself and not even come to the Legislature for approval.”