Beacon police on Monday (June 1) arrested a Buchanan man on suspicion of “tagging” with graffiti a vacant building at 550 South Ave. 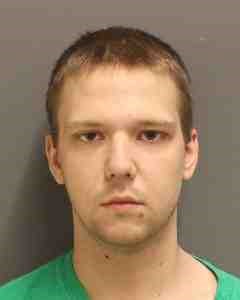 Police said they responded to the area, near Madam Brett Park, at about 8 a.m. to investigate a report of a suspicious vehicle. When they arrived, the officers were informed a male subject was trespassing in the fenced property, which is owned by Scenic Beacon Development.

Police arrested Daniel L. Vines-Mevic, 25, who police said was in possession of spray-paint cans. He was charged with felony criminal mischief, misdemeanor counts related to making graffiti, misdemeanor trespass and possession of marijuana, a violation. He was released but issued an appearance ticket to return to Beacon City Court.