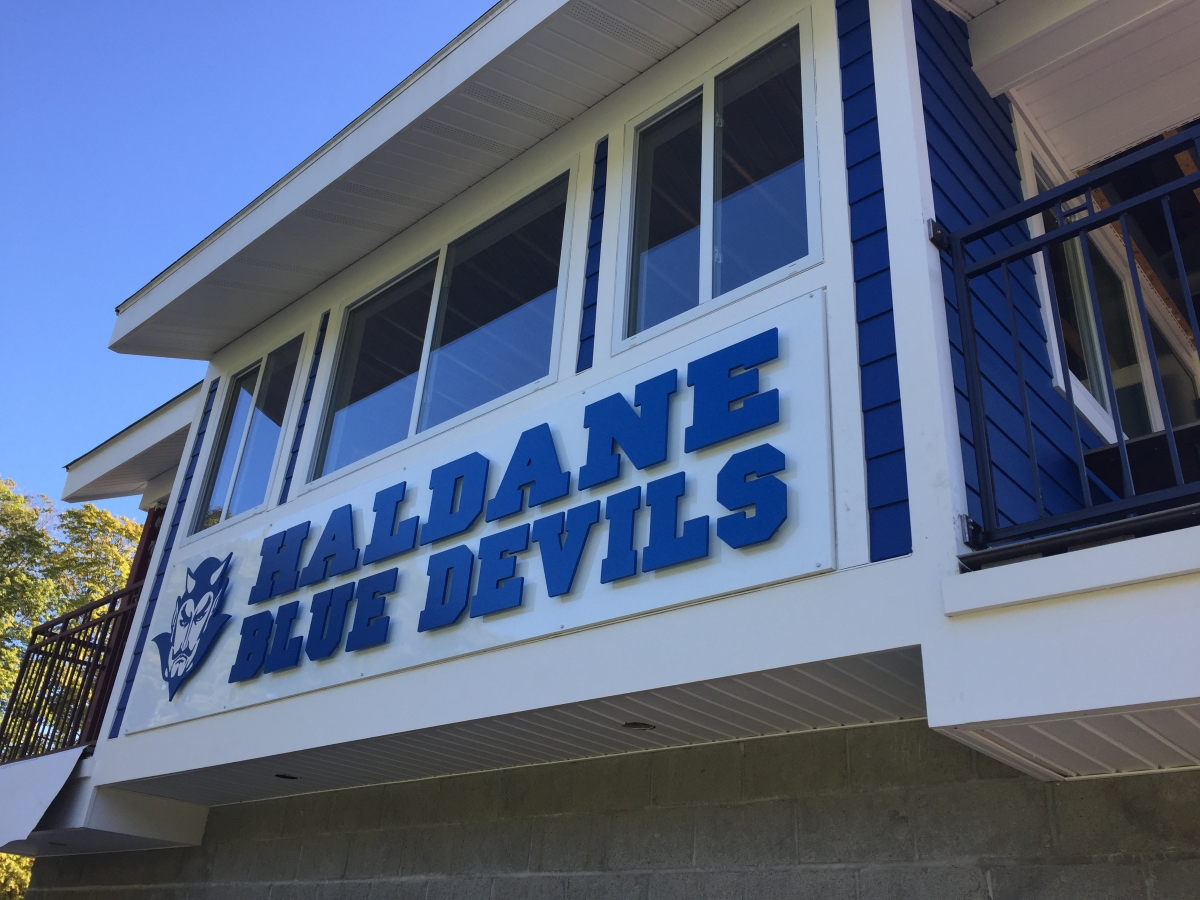 As the school year comes to a close very different from how it began, Beacon and Haldane high schools are taking time to honor their senior athletes — and consider what the fall sports season might look like. Practices for football, soccer and other fall sports are scheduled to begin in late August.

At Haldane, members of the Blue Devil Booster Club on Thursday (June 4) decorated the athletic field with signs, posters and balloons to honor senior athletes. Each team was assigned a 15-minute window during which a photographer took shots of the senior players and their family members. Only the football team had no seniors this year.

The students also were presented with their varsity letters, posters and other gifts. The athletic department earlier created a montage with photos of each athlete and his or her favorite moment, plans and “the best thing about being a Blue Devil.”

“Since I’ve been here, it’s been a program filled with hard workers who have been dedicated to their teammates, their coaches and to themselves,” Athletic Director Chris Salumn said in the video’s introduction.

Beacon High School declared June to be Athlete Appreciation Month, with days dedicated to the various 2019-20 teams. For those athletes who will continue to play in college, the school organized signing ceremonies on the athletic field on June 1, and Athletic Director John Giametta said he will turn on the field lights for 20 minutes on June 22 to honor the seniors.

The school has hung banners, had coaches greet athletes in the parking lot, and arranged for photo shoots, Giametta said. The district purchased varsity jackets for each senior athlete with his or her name embroidered.

The school will announce senior award and scholarship recipients on June 22, he said, and coaches will visit each winner’s home to present them.

“I can’t say enough about our coaches for stepping up and wanting to recognize these athletes,” Giametta said. “Part of our job as coaches and educators is to recognize accomplishments, and to have so many seniors accomplish so much and not have a ceremony wasn’t right.”

Coaches at both schools also have been contemplating how they will organize and prepare their fall teams remotely. During the spring pause, Beacon athletes got help from the Athletes Warehouse in Pleasantville, which donated workout plans.

Giametta said 144 athletes participated in the training. “That’s such a great number,” Giametta said. “I’ve heard great things about the individual plans that were donated.”

Under state rules, fall teams are allowed to practice for the first time on Aug. 24.

“Our coaches are chomping at the bit,” Giametta said. “We’re hoping that the restrictions will ease this month; you need a lot of off-season work to have a successful season. We want to get back out on the field, as long as it’s safe.”

Giametta said he could see games being played without spectators, if necessary. “It’s not ideal, but if you want to play, and the only way we can do it is without fans, we’ll do it, and make it as positive as we can,” he said.