I had just finished a Ph.D. in Ireland and decided I didn’t want to be an academic, so I went to Oxford University to study screenwriting. I tend to do things backward. After I earned my master of fine arts, New York City seemed like it would be a back-end way of breaking into film. My timing was not great — it was early 2008, just before the world collapsed, and I had no contacts and no job prospects.

One day I was sitting in Union Square Park when this hippie girl approached me with a huge flower — a psychedelic vision — and she handed it to me, saying, “Here, you look like you need this,” and walked away. I thought, “OK, I’ll give it to my girlfriend.” Soon after, a guy came up and gave me a flyer for a free movie screening, which I went to.

The film was this bizarre French thing about two pregnant women who are in a car crash, and one has a miscarriage and hunts down the pregnant one. [The film, Inside, is described online as a “horror thriller.”] There was a focus-group leader at the screening; I’ll call him “Jim.” He noted my flower and gave me his card and asked me to contact him. I thought, “I can show films to people,” but the job was actually recruiting audiences for the independent film division of Nielsen [the market-research company].

Although he worked for Nielsen, Jim’s office was this rundown, shaggy place that seemed more like a front for a criminal enterprise. Jim was a charismatic mystery man, a chatty aesthete. He had two lieutenants, a middle-aged couple — the husband was in waste management, the wife wore tight leather pants, and they both made sexual innuendos all the time.

Jim ran the screenings and the couple managed the office. They recruited people like me, immigrants with no connections. There was a father and son — the dad was like the Dustin Hoffman character of Ratso Rizzo in Midnight Cowboy, if you remember it. It was a poignant spectacle. 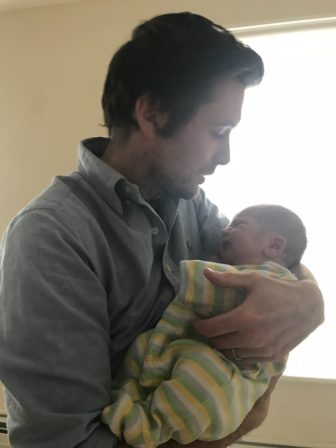 Our job was to hand out flyers on the street to get people to come to the screenings. They often had strange demographic specifications. For one screening I was asked to procure an audience that was 1 percent Native American. Or they’d say, “We want 20 African Americans.” What are you supposed to do, approach someone and say, “Hi, you look historically oppressed. Would you like to see a free movie?”

All of the documents looked corporate, but the operation was run by misfits; I was a misfit among misfits. Even dangling free popcorn didn’t always help. People I approached only cared about the genre — the favorite was action-adventure — and who was in it. I still had romantic notions from my MFA work about “crafting” something, but this training on the streets of New York washed those away.

My recruiting numbers were low, so they sent me to learn from their top recruiter, who was from the Dominican Republic. He shared his secrets with me. He said, “Customers are like women; you have to seduce them.” I don’t think I learned that much from him. The handing-out-flyers method doesn’t work. As soon as people see you, they’re trying to get away. They should have given me a desk.

Sometimes there were filmmakers at the screenings but they weren’t introduced to the audience. They would sit quietly in the back, watching as groups of random strangers ripped their work apart. One particularly vicious session was for a documentary called Where in the World is Osama bin Laden? The director was Morgan Spurlock, who had made Super Size Me [in which he ate every meal at McDonald’s for a month]. That was popular, but the audience hated this one. Jim was fielding the questions, and the audience was abusing the film, not knowing the filmmaker was in the theater. I saw this happen many times. It was a real slap in the face for some pretty egotistical people.

Harvey Weinstein showed up once. A friend saw him barking into the phone and thought he was a crazy homeless guy. The film being shown was not a great movie — it was a botched edit of a Mickey Rourke vehicle — and Harvey was nervous. He was controlling almost every detail of the screening. For some reason, I had taken off my ID lanyard. Why, I don’t know, but Weinstein spotted me and ran after me, acting as if he might attack me, because he was convinced I was a journalist gathering muck on the production. Luckily my boss intercepted and explained the situation and calmed him down, although he did scream, “Tell him to put his [expletive] lanyard on!” Which I did.