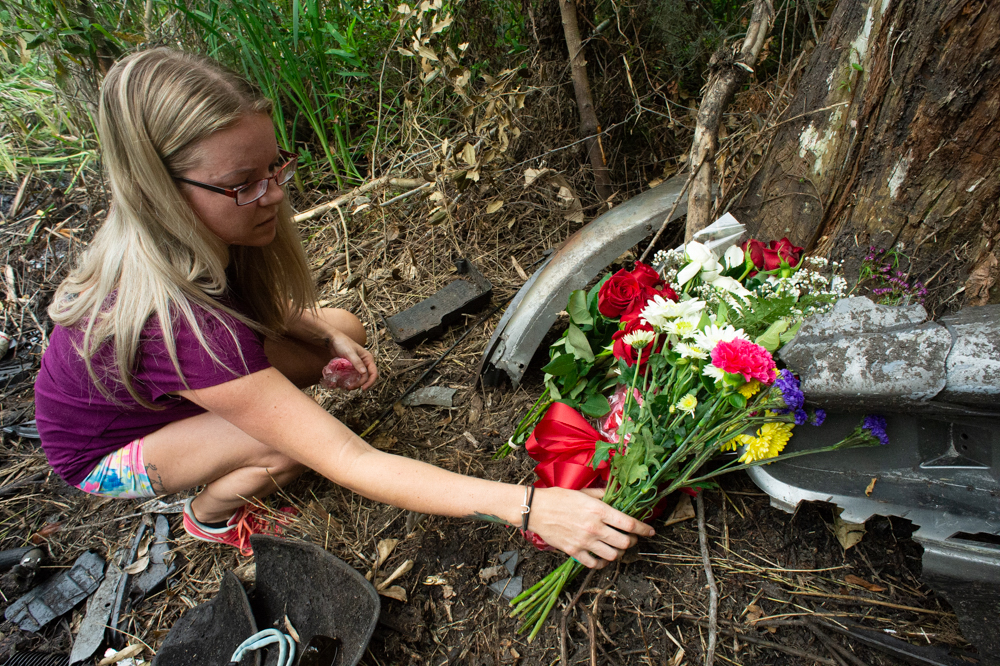 Lauren Henderson, a friend of one of the missing women, lays flowers at a tree where it appears the car struck before landing in a swampy marsh seven feet away. (Photo by Mark Darrough/Port City Daily)

The families of a former Beacon woman and her fiancée are questioning the response of police in Wilmington, North Carolina, after the couple went missing in April. Nearly three weeks later, the women’s remains were found inside their car, which had left the road and crashed into thick vegetation.

The bodies of Stephanie Mayorga, 27, and Paige Escalera, 25, were discovered inside their Dodge Dart on May 4 near a curve in a road. They had been missing since April 15.

Mayorga’s Facebook profile said she was originally from Beacon. She attended Ashley High School in Wilmington, and in December received her bachelor’s degree from the University of North Carolina Wilmington.

Her mother, Monica Villafuerte, said through an intermediary that she was not ready to discuss her daughter’s death. Her stepfather, Rigo Villafuerte, said during a news conference on May 4, while the search was still underway: “This is our worst nightmare. We’re just so desperate to see them to come home. We have a lot of dreams for both of them.” 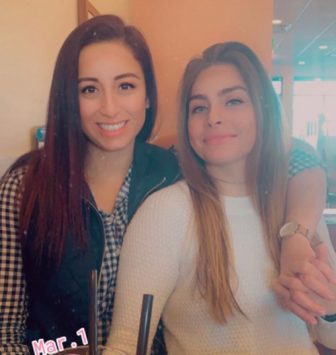 On June 3, a judge ordered the Wilmington Police Department to release bodycam footage of two police officers’ encounter with a man who called 911 just before midnight on the day the women disappeared.

The caller, who waited for the officers to arrive, insisted he had seen a vehicle in his side mirror speed down Independence Boulevard, miss a curve at River Road and disappear into the tree line.

After returning to their squad car, according to the footage, the officers discussed how the car may have pulled into a nearby gated community. As other calls came over the radio, including for two armed robberies and a shooting, one officer commented: “And we’re looking for a phantom car crash.” They left the scene after eight minutes.

According to a timeline compiled by the Port City Daily in Wilmington, the women’s roommates filed a missing persons’ report four days later and called the women’s parents on April 26 after being told police had not done so.

In a news conference on May 14, a police department representative said it appeared the vehicle was traveling at 102 or 103 miles per hour when it ran a stop sign, hit a curb near the entrance to a marina and went airborne before striking a tree 150 feet off the road. Officers found empty beer bottles at the scene and concluded alcohol was a factor in the crash.

Police said the car was hard to see because the battery broke in half on impact, shutting off the lights. It also was partly submerged in a marshy area.