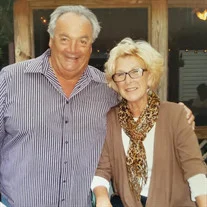 She was born at Highland Hospital in Beacon on April 18, 1946, the daughter of Arthur and Jane (Pickles) MacDowell. She met her husband, Joseph Gerentine, at Beacon High School. They married on Feb. 9, 1968. He died eight days before her, on March 25.

Ellen graduated from SUNY Delhi and began work at IBM in an administrative role before leaving to raise her family. She was blessed with many talents and gifts, most significantly the ability to see beauty in every single thing and her creativity, her family said. She spent many nights constructing handmade gifts for craft fairs at St. Joachim’s school, adorable clothes or gifts for family and friends and countless costumes for Halloween or for the stages at St. Joachim’s or Forrestal Elementary School.

Her creativity was shown in the way she tied a bow or decorated her front porch, her family said. She would often be hanging wallpaper or painting a room at her or a friend’s house, or refinishing a cupboard or arranging fresh-cut flowers in a vase — no matter the task or project at hand, it was showroom ready when finished.

Friends and family members were often found around her kitchen table, waiting for haircuts or for a warm cup of coffee and chatter and laughs, her family said. She spent many years fluffing and refining window displays at the Village Cupboard, owned by friends on Main Street in Fishkill. She also joined the Wappingers Dance Educators, sharing her choreography and designing and building many props that were used for their annual recitals — she would often be covered in glitter near the end of a workday, her family said.

Joe was born on July 8, 1948, at Highland Hospital in Beacon, the son of Joseph and Raffaella (Corrado) Gerentine. His father owned a barber shop on Eliza Street. He met his future wife, Ellen MacDowell, at Beacon High School. They married on Feb. 9, 1968. She died eight days after him, on April 2.

He attended Albany Business College after high school and worked for the Beacon Department of Public Works in the summers. After graduating from college, he spent his career at IBM in East Fishkill. He later worked at the Carvel Country Club as the director of golf and retired from the New York City Department of Environmental Protection in Valhalla.

Joe played basketball and football in middle and high school, and as placekicker during his senior year was given the nickname “Joe the Toe.” As a result of his passion for people and sports, he and a team of friends organized annual baseball tournaments to honor a fallen Beacon police detective, Brian Ferrone. He also coached the 49ers team of the Pop Warner football program and played on the Gallagher Shell’s fast-pitch softball team.

He loved golf and was a former member of the Southern Dutchess County Club. On the 8th hole at the Blue Hill Golf Course in 1986, he hit a hole-in-one from 175 yards. He also was a former committee member on the Tournament and Rules Committee for the Westchester Golf Association.

His life included many memberships, but the primary one was in the St. Rocco’s Society, his family said. He and many Gerentine men before him occupied board or trustee positions throughout the history of this club. Second to his recliner, you would find him in his kitchen or the many others kitchens where he performed his magic, his family said.

He also was frequently found with his wife at annual fairs in the courtyard of St. Joachim’s school, Beacon Day celebrations, St. Rocco’s carnivals that took place on Henry Street, “O” Street in Seaside Park, New Jersey, and his newly formed family in Old Orchard Beach, Maine. A favorite family memory was Joe driving the “Queen” in St. Patrick’s Day parades and celebrations, known then as Beacon’s Chug-a-Thon.

He also owned a bar Zep’s Place in the 1970s that was known for its fried calamari. He and his wife also waited on many customers of Barb’s Deli. 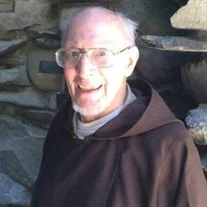 Guastella was born in Poughkeepsie on Oct. 1, 1921. After graduating from Poughkeepsie High School and attending Vassar College, he served in the U.S. Army in the European Theater until his honorable discharge in 1946.

In 1950 Guastella was invested with the Capuchin habit and began his studies for the priesthood, being ordained in 1955. In 1964, he volunteered for the foreign missions and was stationed in Zambia. He returned to the U.S. in 1991 to work as a hospital chaplain in Passaic, New Jersey. Following this assignment, he was stationed at St. Lawrence Friary.

Guastella was an avid sportsman, adventurer and a skilled tradesman.

He is survived by his sisters, Jennie Guastella and Nancy Herzner (Carl), who both live in Florida; a niece and four nephews. A wake was held at the Riverview Funeral Home by Halvey on June 11, followed by burial at the friary cemetery. 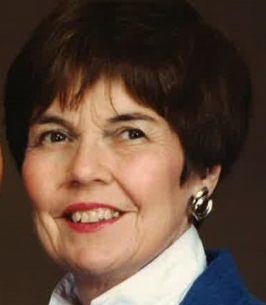 Born in Beacon May 4, 1932, she was the daughter of William and Mary (McCollough) Quinn. She attended the Krissler Business Institute in Poughkeepsie and began her career working for National Biscuit Co. in Beacon. In 1958 she took a position in the personnel department at IBM, where she remained until her retirement in 1992.

On April 24, 1960, she married Vincent Lopez in Beacon. Mary was an avid reader and enjoyed spending time with her family.

A Mass of Christian Burial was held on June 10 at St. John the Evangelist in Beacon, followed by interment at St. Joachim Cemetery. Memorial donations may be made to the St. Jude Children’s Research Hospital (stjude.org). 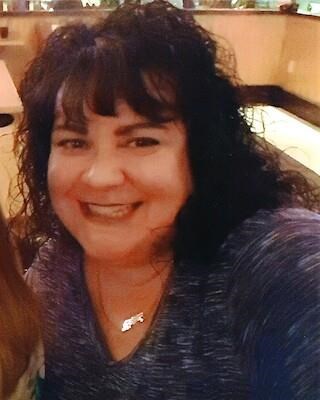 She was born on June 30, 1972, in Poughkeepsie, the daughter of James and Mary (Hadnot) Springett. She started her career as a dietician at Fishkill Correctional Facility before becoming a food service administrator at Green Haven Correctional Facility. Cheryl was a creative person who enjoyed arts and crafts, her family said.

Besides her parents, she is survived by a sister, Denise Springett; a niece, Olivia; and her aunts, Cecilia Gilchrist, Susan Teresky (Tom), Linda Springett (Alan) and Joan Coscia.

A funeral service was held June 12 at the McHoul Funeral Home in Hopewell Junction, followed by interment at Fishkill Rural Cemetery. Memorial donations may be made to the Leukemia and Lymphoma Society (lls.org). 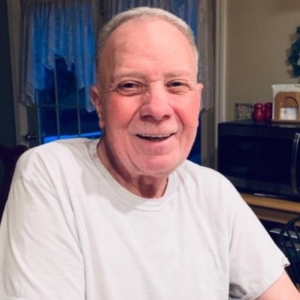 He worked as a corrections officer for 29 years and retired from Downstate Correctional Facility. He was a life member of the Beacon Fur, Fin & Feather Association and also a member of the Marine Corps League, Carmen Ramputi Detachment 861, in Beacon. He had a great sense of humor, his family said.

In addition to his wife, Jim is survived by his children, James Yeaple (Danielle) and Dawn Mahodil; his grandchildren, Jonathan Mahodil and Alyssa, Brianna and Caitlynn Yeaple; a great-grandson, Ashton Mahodil; and two brothers, Richard Yeaple and Peter Yeaple.