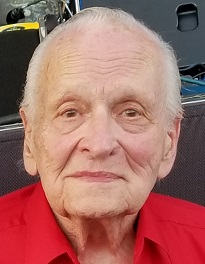 After his service in the U.S. Marine Corps, Harry was the owner and operator of Harry C. Fadde & Son Radiators in Linden, New Jersey, and later operated Hudson Valley Trains on Main Street in Cold Spring. He was a member of the Train Collectors of America.

Harry was a member of the Elizabeth Lodge #289 B.P.O. Elks, where he was a Past Exalted Ruler. He was also a parishioner at Our Lady of Loretto in Cold Spring and was a familiar face greeting visitors at the Cold Spring Chamber of Commerce booth at the foot of upper Main Street.

He was a music fan and followed the band The Revivalists for many years with his daughter, Cathyrn, as it toured.

Besides his daughter, who owns Cathryn’s Tuscan Grill in Cold Spring, Harry is survived by his grandchildren, Shari De Gregorio, Henry Favire and Kamae Fadde; and six great-grandchildren. His son, Harry Fadde III, died in 2015.