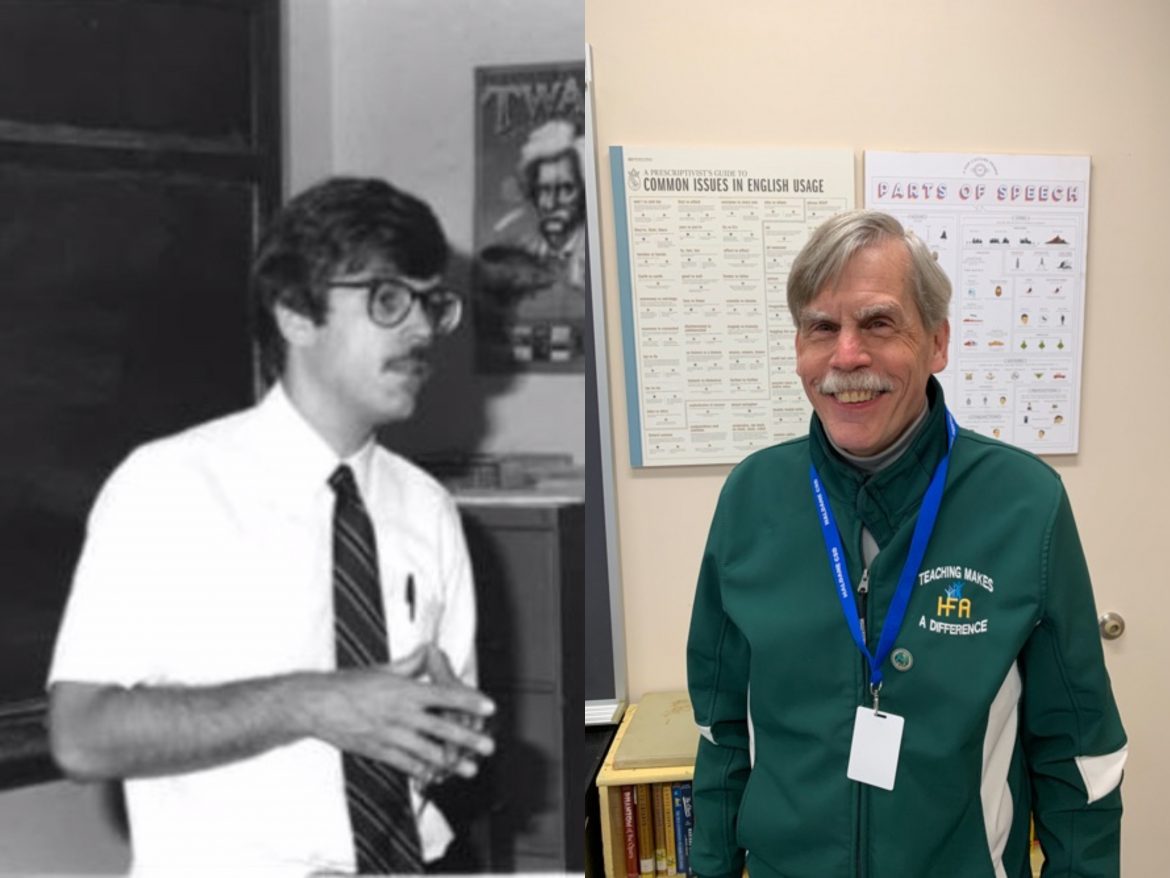 Eric Richter will retire this month after teaching 11th-grade English at Haldane High School for 36 years, but because the pandemic closed the schools, he won’t have a last bell — at least not one he planned for.

In retirement, the Garrison resident says he plans to become more active in the Haldane Booster Club and Arts Alliance and continue as the assistant coach of the spring track team. He and his wife, Amy, have an Antarctic cruise booked for the winter, which “hopefully can still happen.”

Richter grew up in New York City but spent many weekends and summers at his grandmother’s place in Garrison. He said that, from an early age, he knew he wanted to live in the area.

When did you decide to teach high school English?

My original plan was to teach at the college level. However, when I was finishing my master’s degree and planning to pursue my doctorate at Columbia, my adviser informed me that only three newly graduated Ph.D. students out of 36 had lined up tenure-track jobs. I could see the writing on the wall and went looking for a job at a private school. At that point, I had not taken a single education course and was lucky to land a job at Adelphi Academy [in Brooklyn], which is where I met Amy. There’s a saying that when God closes a door, he opens a window. In my case, he opened two windows.

Who hired you at Haldane?

Dudley Hare, the superintendent, was looking for someone to start a literary magazine at the high school, and I had started one at Adelphi. Also, [they liked that] I had studied with Lucy Calkins [the founding director of the Teachers College Reading and Writing Project at Columbia], who was a proponent of the writing process that I had started to incorporate. I was lucky that Dudley Hare and Frank Milkovich, the principal, had trust in a relatively inexperienced teacher.

Your two children attended Haldane. Did you like living in the same district where you teach?

The positives far outweigh the negatives. You get to know your students and their families. You become invested in the school in a way you might not be otherwise. In terms of teaching my own children, it never was a problem, though my son could be a bit of a cutup in class. I was lucky they were both good students.

What’s it like having colleagues who were once your students?

It is incredibly gratifying. To see former students develop into outstanding teachers fills me with immense pride.

What would surprise the high school students of 36 years ago about teaching methods today?
The use of computers, cell phones and the internet. When I started teaching, apple was only a fruit.

What books were controversial in the curriculum when you started?
Catcher in the Rye, which remains controversial at some schools, and Lord of the Flies.

Is there a book that was mandated that you never liked?
Not really. I guess I’ve been lucky in that respect.

What changes do you see in students who have grown up with technology?
The students don’t change, but the adults do. I’m afraid many people as they age become more intolerant of young people. They seem to forget, or want to forget, how it once felt to be an adolescent.

Many colleges are dropping the SAT from their application requirements. Is it a valid assessment tool?
I’m not a big fan of the SAT. As a rule, I’m not a fan of timed exams. Not everyone processes information at the same rate. Some of the greatest thinkers have been slow thinkers. Some say Einstein was a slow thinker.

What are Haldane’s greatest strengths?
Its caring and nurturing culture. Also, Haldane provides students with numerous opportunities to excel academically, athletically and artistically. For such a small school, it is remarkable that Haldane offers such a rich and diverse program.

What could it improve upon?
As a school community, we need to better respect and honor the students who may not be pursuing a college education. They are working just as hard as our college-bound students. BOCES does a wonderful job helping students develop the skills to be successful in their chosen careers.

Do you have a favorite form of literature?
Poetry. Not surprisingly, my favorite writer is Shakespeare. Emily Dickinson is close behind. She is America’s greatest poet.

What will you miss most in September?
The students, of course.