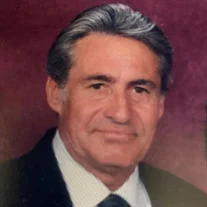 Angelo A. Cervone, 80, an immigrant from Italy who operated Cervone’s Auto Body in Beacon for decades, died June 12 in his home after a short illness, surrounded by family members.

After working at Ketcham Motors in Fishkill, learning his trade from Roy Ketcham, Angelo opened Angelo’s Auto Body in a one-car garage building. By age 29, Angelo had constructed the building that is now Cervone’s Auto Body. His business grew throughout the 1960s and 1970s.

Angelo also acquired real estate and expanded into many corporations. His family said he enjoyed family gatherings and loved Italian dancing and traveling, especially to his hometown. He also enjoyed cruising, snowmobiling and traveling in his RV. He was a life member of St. Rocco’s.

A private Mass of Christian Burial was held June 18 at St. John the Evangelist in Beacon, followed by entombment at Fishkill Rural Cemetery.