The Beacon police chief and his top captain announced this week that each plans to leave the department on July 7.

Chief Kevin Junjulas, 52, and Capt. Gary Fredericks, who have each been police officers for 31 years, both said they are retiring. They were appointed in 2018 following the departure of Doug Solomon, who became the chief in Newburgh. 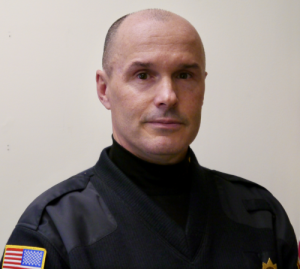 The city said in a statement that both officers were eligible for retirement when they took their positions “and have been contemplating retirement for some time.”

Junjulas and Fredericks each spent nearly 25 years with the Beacon department, “rising through the ranks together,” the city said.

Junjulas, who lives in Cold Spring, did not reply to an email seeking comment but in the statement said: “It has been a privilege to serve the City of Beacon over the last 25 years and to lead the men and women of the Beacon Police Department. It has been an honor to serve this great community, and I stand ready to assist in the transition.”

The announcement came a week after the officers, along with Lt. Tom Figlia, met with the City Council to discuss Police Department policies, including the use of force. That meeting led the council to organize a community forum on public safety that will take place by video conference on Saturday (June 20).

A forum on public safety and policing in Beacon will be held via Zoom on Saturday (June 20) starting at 10 a.m. It will be moderated by John Rembert, a former City Council member, and Sadé Barksdale, a 2011 Beacon High School graduate who is a therapist and educator in the Bronx. Instructions to participate are posted at cityofbeacon.org. Chief Kevin Junjulas and Capt. Gary Fredericks are not expected to take part; Lt. Tom Figlia, the department’s training coordinator, will represent the Beacon Police Department.

The city is weighing how to staff the police force, and could install temporary leadership after the officers retire, Mayor Lee Kyriacou said.

“We’re seeing what kind of options we have. You have to work with the hierarchy and seniority” of the force, he said, adding that, for instance, “you can’t take a patrol person and make them the acting head of the department.”

Because both positions are managers, the city’s search will not be limited to candidates made available by the Dutchess County Civil Service agency, Kyriacou said. But there are still experience and skills requirements that must be met.

“That gives us a different set of circumstances than hiring a sergeant or a patrol person,” he said. “We’ll be as broad as we can be in our search.”

Kyriacou said while he had known for some time that the officers planned to retire, he received their written notices a day or two after the June 8 meeting with the City Council.

“I was informed when I was being installed as mayor that I might lose my chief and my captain,” he said. “They did me a courtesy by sticking around for a while and I’m grateful for that. They always viewed [their appointments] as a short-term situation, as did we.”

Members of the City Council said the search for a new chief should be informed by community input.

“Given the volume of the conversation about policing in Beacon, we owe the people a transparent process with room for public input at every turn,” said Dan Aymar-Blair, the council’s Ward 4 representative. “The new leadership of our Police Department should be committed to the course the community chooses for public safety, have a successful record as a reformer, and will preferably come from a community that has historically been over-policed.”

Over the past week, Gov. Andrew Cuomo has signed into law a series of police reforms, including the repeal of Section 50-A of the civil rights law, which had kept police officers’ disciplinary records confidential, and a ban on chokeholds. The governor also signed an order requiring every local police department to create a “reform plan” that must “promote community engagement to foster trust, fairness and legitimacy” and “address any racial bias and disproportionate policing of communities of color.”

The U.S. Justice Department began working with the Beacon police in 2004 to implement policy reforms following a number of allegations and lawsuits against the city. While the agency’s oversight ended in 2016, Kyriacou said there may still be more to do locally.

“Our main objective is to hear from the community,” the mayor said. After Saturday’s community forum, city officials will begin collecting data to “compare our department’s performance to the best practices elsewhere.”

That process will afford the city “the ability to understand how this department is doing relative to others, relative to best practices and relative to what the community would like,” Kyriacou said. “I believe the department, compared to others, is probably going to be on the better-performing side, but I don’t have the data, and we’re not going to proceed until we get it. We’ll be learning a lot and the public will be seeing all of it.”

During the council’s June 15 meeting by video conference, nearly a dozen residents asked city officials to reduce the Police Department’s budget by at least 50 percent. The department, including its detectives, has a budget this year of more than $5 million, which accounts for about 25 percent of the spending from the city’s general fund.

One of the callers, Justice McCray, asked the council to reallocate some of that funding into community programs for young people and other initiatives to “make people feel safe, feel heard, feel welcome.”

“I am a black resident and I can say with certainty that the presence of the police force in Beacon is intimidating,” said McCray. “Right now, I don’t feel safe, and I know I’m not alone. Things need to change.”