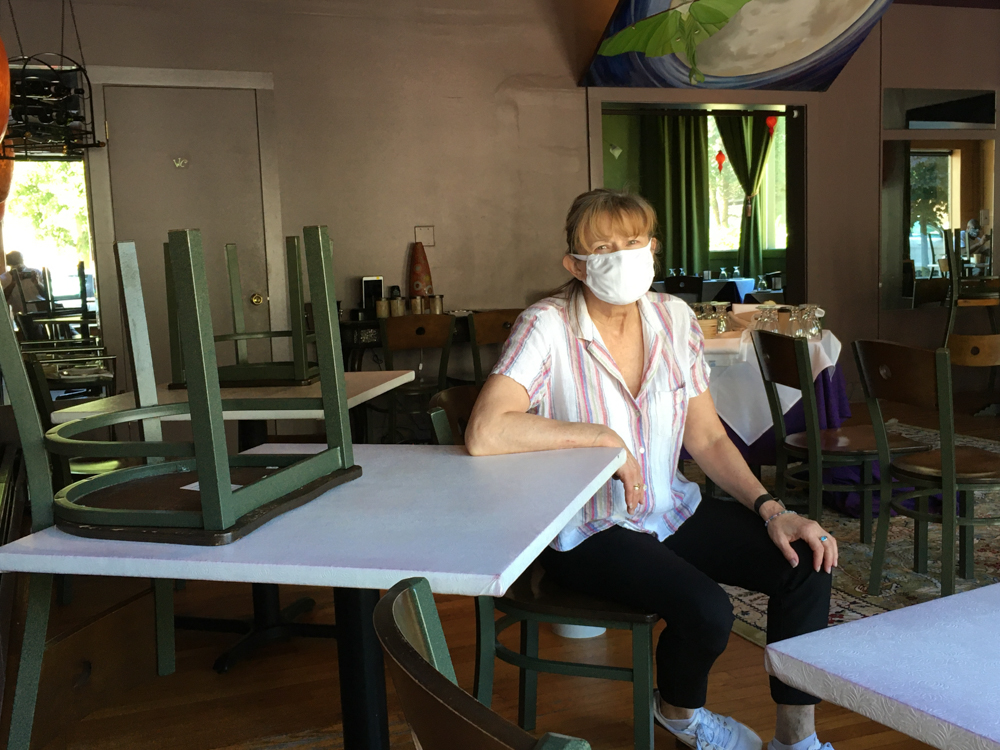 Cathryn Fadde is preparing to open her Cold Spring restaurant for indoor dining once the region is cleared for Phase 3. (Photo by L. Sparks)

Jim Ely said he had no choice but to close Riverview, his Cold Spring restaurant, in March as COVID-19 spread and the governor ordered nonessential businesses to shut down.

Three months later, he and other Highlands restaurateurs are in the midst of reopening under a four-phase plan created by the state. Under Phase 3, which Dutchess and Putnam could begin as early as Tuesday (June 23), eateries will, for the first time since the shutdown, be able to seat customers indoors.

Once again, Ely has no choice.

“We have to,” he said when asked if Riverview will reopen its dining room. “You have to try and move ahead.”

Riverview, Cathryn’s Tuscan Grill, Max’s on Main and the Roundhouse are some of the restaurants in Philipstown and Beacon that opened for outdoor dining when businesses in the Mid-Hudson Region were cleared on June 9 to move to Phase 2.

Phase 3 will allow massage therapists, nail salons, tattoo parlors and other personal-care businesses to open for the first time since March. It will also permit restaurants to offer indoor dining at 50 percent capacity and with social-distancing and other restrictions in place.

Along with hotels, restaurants have been especially hard-hit by the shutdown, laying off workers and trimming expenses.

Nationwide, sales at restaurants and taverns fell more than 40 percent from February to May, according to an estimate by the Census Bureau. In April, nearly 27 percent of the job losses in New York — some 471,000 positions — were in the accommodation and food services industry, according to the state Department of Labor.

In Dutchess and Putnam counties, the unemployment rate in April was 14.1 percent, compared to 3.2 percent a year ago.

Their return to indoor table service is overshadowed by uncertainties, including how soon people will feel comfortable enough to return to restaurants and other public spaces. The cancellation of events that typically draw thousands of diners to the area, such as the Hudson Valley Shakespeare Festival, also has caused uncertainty.

Cathryn Fadde, aided by a friend, spent Wednesday (June 17) cleaning the inside of Cathryn’s Tuscan Grill, her restaurant on Main Street in Cold Spring. She is expecting her 2020 revenue to be half of last year’s.

“This is a unique experience in history for everyone, and no one knows what’s going to happen in terms of what kind of business we’re going to do,” said Fadde, whose restaurant will mark its 23rd year on Tuesday. (Fadde is also mourning her father, Harry Fadde Jr., who died June 9.)

While Fadde is reopening, she said she is not ready to go full-bore. She said the response was “overwhelming” when she opened her courtyard for dining on June 12 with 16 seats instead of 24. But she is not ready to open every day nor bring back two former full-time employees.

“There’s not enough people coming out yet” to cover the payroll, she said. “I have to reopen slowly.” 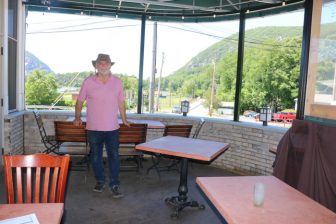 In addition to limited capacity, restaurants must space tables at least 6 feet apart. If spacing is not feasible, according to state guidelines, owners must install barriers at least 5 feet high between tables.

Ely says that 50 percent capacity does not necessarily translate to 50 percent of seats because of the spacing requirement. To comply with the guidelines for outdoor dining, 14 of the 20 patio seats at Riverview had to be removed, he said. The restaurant also set up tables in a parking lot.

Inside the restaurant, the number of seats will have to be reduced to 20 from 65. Ely said he will have partitions made of plastic sheeting affixed to wood frames in place to allow tables to be closer together.

Riverview may not be ready to open by Tuesday, but the staff is working hard to prepare, Ely said. “If it were going to be a couple of months but you could reopen in full, then we would probably wait,” he said. “But we don’t know; it could be like this forever.”

Harvey Kaplan, the co-owner of Max’s on Main in Beacon, said he has been calling laid-off employees to see if they can return. He also is rearranging and removing tables to reduce his dining room to 60 seats from 120.

While the state’s approval of outdoor dining was welcome, that business is “completely dependent on the weather,” he noted.

The Roundhouse in Beacon, however, will wait.

The restaurant is fortunate to have a large patio that overlooks a waterfall on Fishkill Creek, said Katie Guerra, its general manager. It also has an outdoor event space that will be transformed into a pop-up barbecue restaurant starting today (June 19).

Although the patio quickly filled when The Roundhouse opened for outdoor dining last week, a return to indoor dining will be delayed, Guerra said.

“We’re going to hold off and get used to operating in this environment,” she said. “We’re not quite sure we want to take the risk for our staff to start opening inside.”