(2)  Wilfredo Morel of Peekskill Pride spoke during a rally on the steps of the historic courthouse. 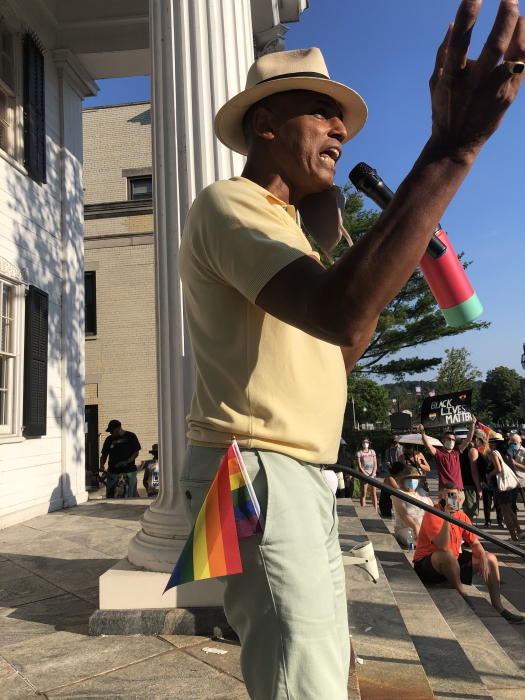 (3)  Emily Sullivan, a high school student from Brewster, also spoke from the steps. Sullivan earlier this month launched a petition to call for the dismissal of a Brewster school board member, Krista Berardi, who had posted on Facebook that Black Lives Matter protestors who blocked I-84 should be “hosed.” Berardi resigned on June 11. (4)  The Rev. Martha Vink of the Drew United Methodist Church in Carmel held a Pride banner on the steps, which she shared with Black Lives Matter protestors. 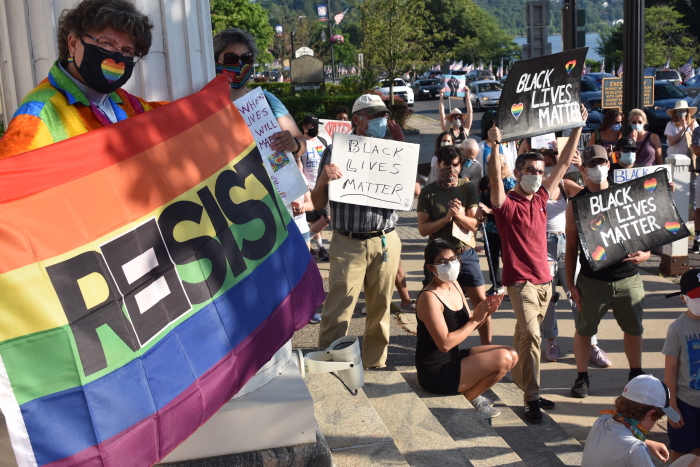 (5)  At sunset, the courthouse was lit with a rainbow of changing colors, a symbol of gay pride, which continued each night through the week. 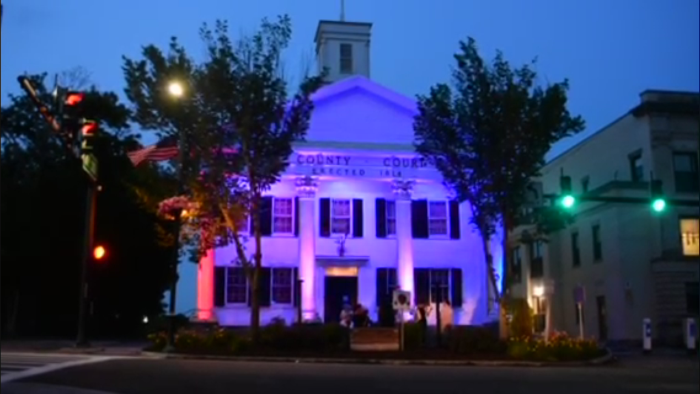 4 thoughts on “Two Causes, One Voice”