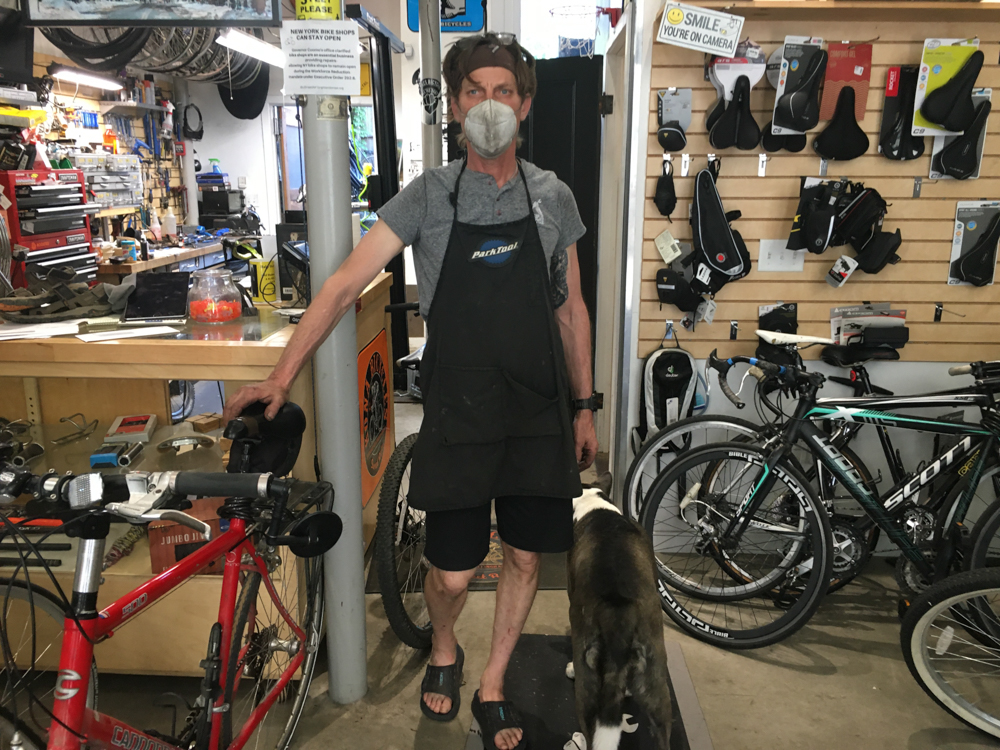 We asked retailers in the Highlands what non-essential items have been popular during the COVID-19 shutdown.

With gyms closed and the outdoors one of the few places open, residents turned to bicycling, buying up most of the available stock at Peoples Bicycle in Beacon of bikes and accessories such as helmets, baby seats and car racks.

How bad has it been? Schopen says he’s been getting phone calls from people who live out of state who are looking for bikes, and he’s had to order inner tubes from eBay because they were out of stock at his two parts distributors.

“Everything comes from China and it’s been shut down for so many months,” Schopen explains. “You can’t find them; there are no bikes left.”

Some of the bicycles in his shop are rentals. Others have been brought in for repairs and tuneups.

“Eighty percent of the bikes in here haven’t been used in 10 years; they’ve been sitting in somebody’s garage,” he said. “They want to go outside or can’t find a new bike.” 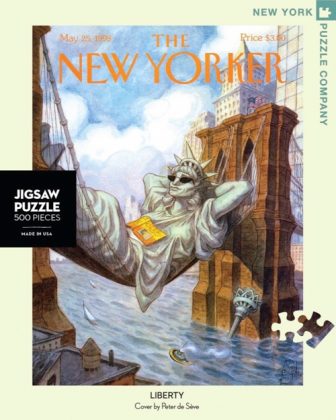 Farnorotto’s customers have always craved The Gift Hut’s inventory of puzzles but never in the quantities she’s seen in the past 10 weeks. She was surprised how quickly the demand came for 500- and 1,000-piece puzzles, mostly from adults.

“Over the years, we have cultivated the puzzle business and always had a large assortment, so I’ve had repeat customers for quite some time,” she said. The shutdown “brought it to the next level.”

Farnorotto buys her puzzles from three vendors. The most popular are New Yorker magazine covers made by the New York Puzzle Co.

Unfortunately, the demand was strong at a time when some manufacturers were unable to ship puzzles because their operations were considered non-essential.

“A lot of families are sitting down doing puzzles together,” Farnorotto said. “People are finding it’s a great way of communicating. It’s also a stress reliever.”

Limited-edition action figures made by Sideshow Collectibles, a firm in Thousand Oaks, California, based on comic book and Star Wars characters can cost from $200 to more than $1,000.

The figures have been “going like crazy” online, making them the store’s bestseller during the shutdown, said Wilensky, who manages the store, which is owned by her family.

“People have always bought them, but since this shutdown, we are shipping them out every day,” she said.

Burton said she had not sold much kitchenware from her Main Street shop for years.

The shutdown, however, spurred a rise in baking, especially bread-making. In response, Burton began bringing in more bakeware such as cake pans and knife sharpeners. Coffee has also been a big seller, as people brew at home: On a single Friday in late May, she sold 50 pounds.

The shutdown has failed to dampen sales of the store’s ever-popular banjos, said co-owner Benz.

Despite Jake’s storefront being closed, Bernz said he has been filling orders from around the country.

“Some people want banjos to occupy themselves where you have to be sheltering at home,” he said.