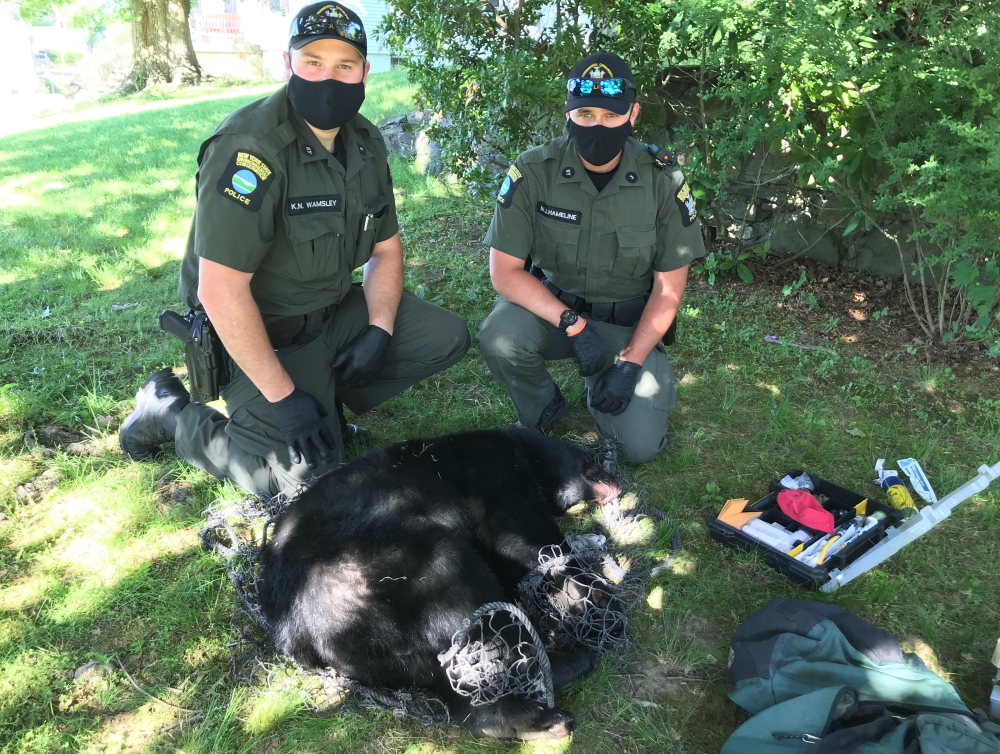 Officers secured a bear in Beacon before taking it to a less-populated part of the county. (DEC photo)

On Sunday (June 14), two state environmental conservation officers were called to Beacon to help a bear that had been seen wandering on North Walnut Street.

Officers Mike Hameline and Kevin Wamsley found the bear in a tree, where it had drawn a crowd. A state biologist came to the scene to tranquilize the bear, which fell onto cushions set up below the tree.

After the officers secured the animal, it was tagged for identification purposes and placed into a trailer and released in a less populated area of Dutchess County.

In a statement, the agency reminded people not to interact with bears. If left alone and given the opportunity, nearly all bears that wander into urban or suburban areas will leave as quickly and quietly as they appear, without serious conflict or the need for physical removal. For more information, see the department’s webpages on black bears and reducing bear-human conflicts.