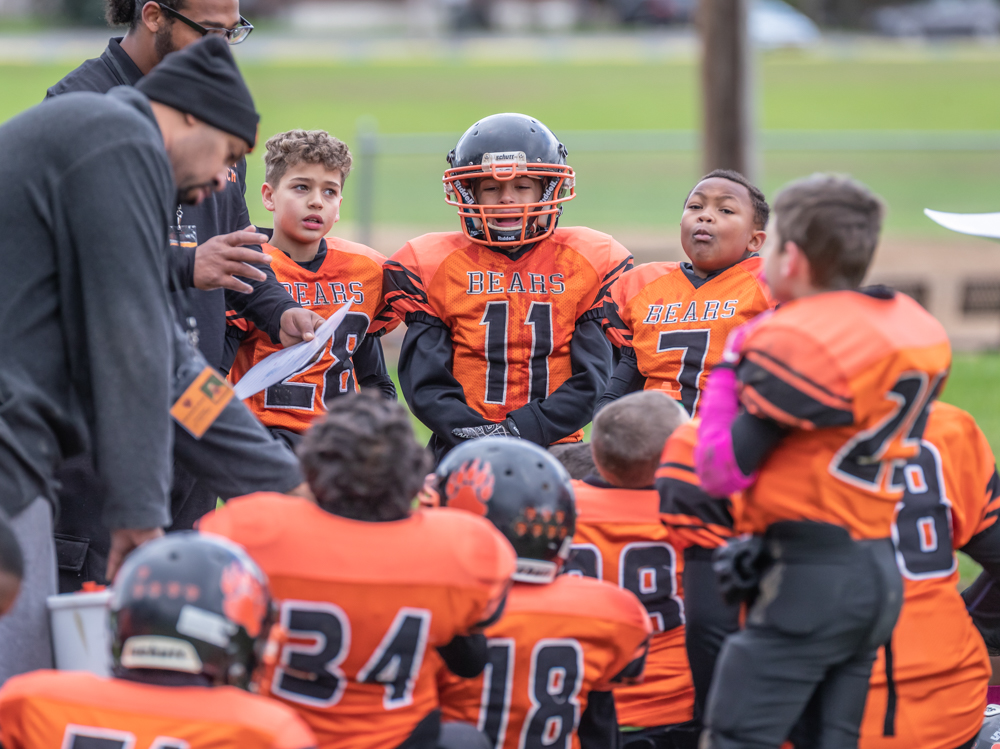 The Beacon Bears during a 2018 game  (Photo by Clark Thompson)

The Beacon Bears youth tackle football program will allow players from Philipstown to join its teams for the fall season, according to David Way, the Bears president.

The teams, which are part of the AYF Taconic League, include boys and girls who will be 7 to 13 during the 2020-21 school year. There are no weight limits.

Practices typically begin in August, but because of the COVID-19 shutdown, the Bears are awaiting guidance from the state. In the meantime, the registration fee has been reduced to $25, which will be refunded if the season is canceled. See clubs.bluesombrero.com.

The Philipstown Hawks, a youth tackle team, played its last season in 2017 before switching to non-contact flag football for 2018 and then disbanding.