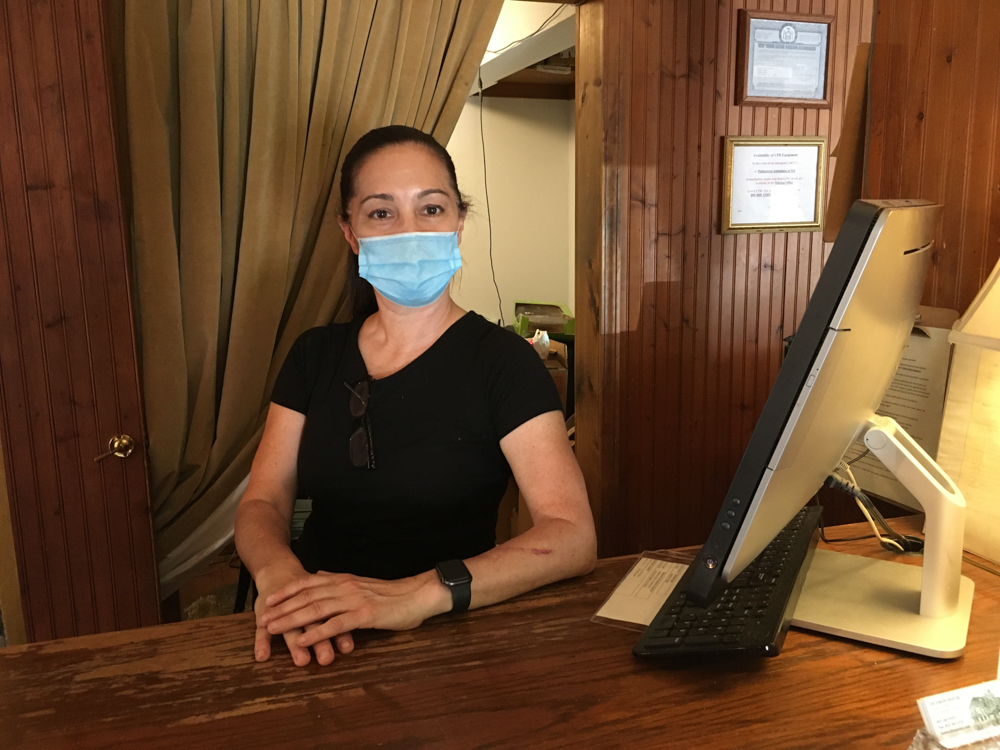 The guests who checked out on March 15 were the last until May 8, according to owner Vera Keil. She said nearly 80 reservations for the spring and summer were canceled and her business was reduced to “a room here, two rooms there.”

“I guess people were scared to come,” she said.

Those fears seem to be easing as businesses slowly reopen on the heels of a dramatic reduction in COVID-19 infections, hospitalizations and deaths.

With the Mid-Hudson Region now in Phase 3 of the state’s reopening plan, retailers can again allow customers inside their shops, barbers and stylists are at work on a backlog of disheveled hair, and restaurants are seating people indoors and out.

Hotels and bed-and-breakfasts are also reporting signs of life.

Last weekend, six of the nine rooms at the Pig Hill Inn were booked, the most at one time since mid-March. The Hudson House River Inn started booking first-floor rooms several weeks ago, and on Tuesday (June 23) opened its second-floor rooms and its restaurant for indoor dining.

Each of Hudson House’s first-floor rooms, with balconies and terraces overlooking the river, was booked last weekend, said co-owner Regina Bei. And with the restaurant finally open, “the phones are ringing off the hook,” she said.

“I have a sense that by the time the Fourth of July hits, we’ll be operating as normal,” she said.

Members of the Hudson House staff, who have all returned after being laid-off, shuttled between rooms on Tuesday preparing for diners and guests. A hard-to-miss sign on the front door reminded visitors to wear masks. A plastic screen sat atop the front desk.

At the beginning of the pandemic, in mid-March, Hudson House received an influx of calls from people in New York City, which at the time was the epicenter of the outbreak in the U.S.

“We probably could have kept the inn fully booked with people wanting to get out of the city, but we just weren’t comfortable, so we closed everything down,” Bei said.

The Roundhouse in Beacon also decided to close due to safety concerns. On June 12, the hotel had its first guests since March, with eight of its 51 rooms booked, according to manager Katie Guerra. On a normal June weekend, the Roundhouse’s hotel would be sold out, she said. But even with empty rooms, “we were happy, quite honestly, to have guests,” she said.

Following its reopening weekend, The Roundhouse had rooms booked for about a dozen nights between June 14 and June 18, and about eight to 10 rooms booked last weekend, Guerra said.

Wedding parties would typically have reserved the rooms months ago. Now nearly everyone is a leisure traveler, she said, and business is far less predictable.

“We are getting a lot of last-minute reservations, which makes it more difficult for us to manage everything from staffing to ordering supplies for our new in-room breakfast,” Guerra said. “We’re trying hard to adjust to this new reality.”

Keil is doing the same. With two-thirds of Pig Hill’s rooms booked, last Saturday (June 20) was a “winning day,” she said. She also has five rooms booked for the Fourth of July weekend. Beyond that, however, the calendar is empty.

With intercontinental travel limited, Pig Hill cannot depend this summer on visitors from Europe, Australia and other countries. It also will feel the absence of large annual events like the Hudson Valley Shakespeare Festival, whose cancellation was a “big blow,” she said.

“We have a lot of repeat guests who stay with us — they’re sort of like friends by now because they come every year for Shakespeare,” she said.