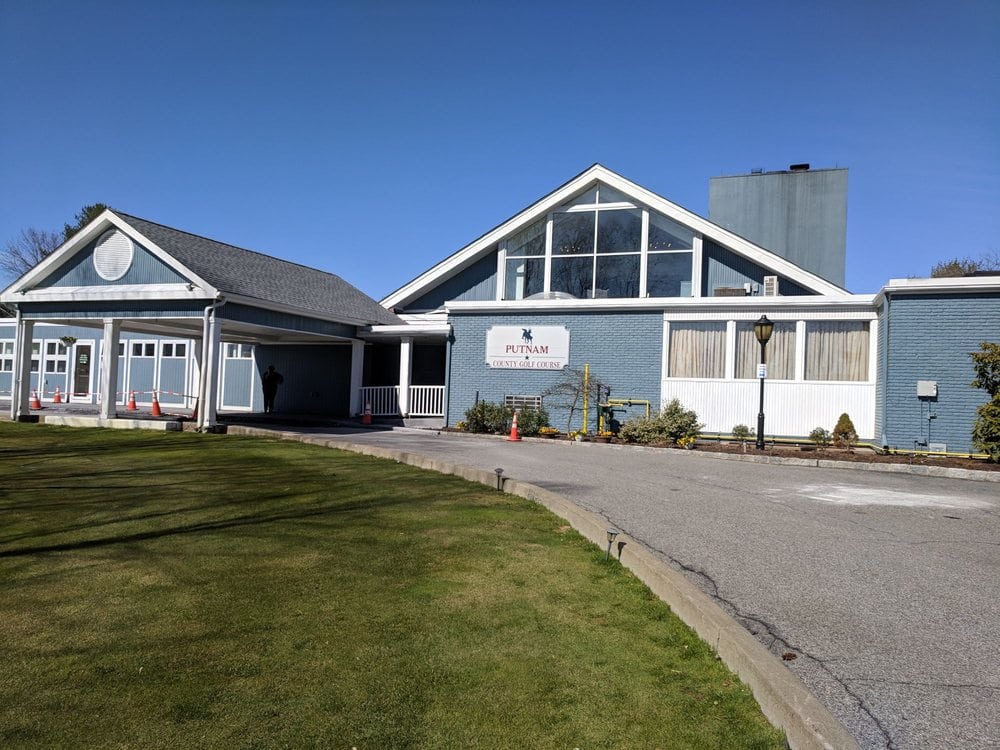 The clubhouse at the Putnam County Golf Course

Income falls at county-owned facility, but so do expenses

COVID-19 and the statewide shutdown to slow its spread caused revenues to plummet at two recreational facilities owned by Putnam County, although expenses also fell.

In the first four months of the year, the Putnam County Golf Course in Mahopac collected about $300,000 in revenue, or 16 percent less than anticipated. Tilly’s Table, a restaurant at Tilly Foster Farm in Brewster, and the Barn, an event venue there, brought in $159,000, about 27 percent less than projected, according to a report compiled by Mike McCall, the general manager of both facilities.

At the same time, expenses for the period were 12 percent below budget at the golf course and 27 percent lower at the restaurant and event venue.

“The saving grace in Putnam’s case has been that golf, for the most part, has been able to operate in some fashion and the weather this year has been very favorable,” McCall wrote in the report, which was shared with county legislators during a June 22 committee meeting.

New York State ordered golf courses to close on April 9 but then reversed course about 10 days later. The Putnam course reopened on a limited basis, with no access to the clubhouse or pro shop, and no food service or entertainment. Should the state again allow banquets, “we should have a very busy fall,” McCall wrote.

Tilly’s Table and the Barn closed in March. Tilly’s Table reopened with outdoor dining on June 9 and planned to resume limited indoor service on Tuesday (June 23).

During the committee meeting, Legislator Nancy Montgomery, who represents Philipstown, questioned spending on events at the golf course and at Tilly Foster, which covers nearly 200 acres and includes livestock, farming operations and hiking paths, and hosts culinary and other high school classes.

“How much have we invested in Tilly Foster since we acquired it and in the golf course since we acquired it?” she asked. “I haven’t been shown we have made any profits in the years past with these events. I have concerns about what we’re investing in.”

At a time when Putnam faces daunting budget challenges, Montgomery said she wants “to make sure we’re prioritizing where we need to. It should not be at Tilly Foster and should not be at the golf course.” She advocated efforts “to provide essential services to the people.”

Legislator Bill Gouldman of Putnam Valley likewise asked for details about the costs.

In 2014, the county assumed control of Tilly Foster when its overseer left amid questions about the farm’s management. Several years earlier, aided by funds from watershed protection sources, the county had purchased the property to save it from development.

Legislator Carl Albano of Carmel said that the county’s goal with the farm and golf course wasn’t “necessarily to make a profit. Open space is something that a lot of people have asked for and that’s how we inherited these.”

“I wonder what the alternative is?” asked Legislator Neal Sullivan, who represents parts of Carmel and Mahopac.

One thought on “Virus Takes a Divot at Putnam Golf Course”