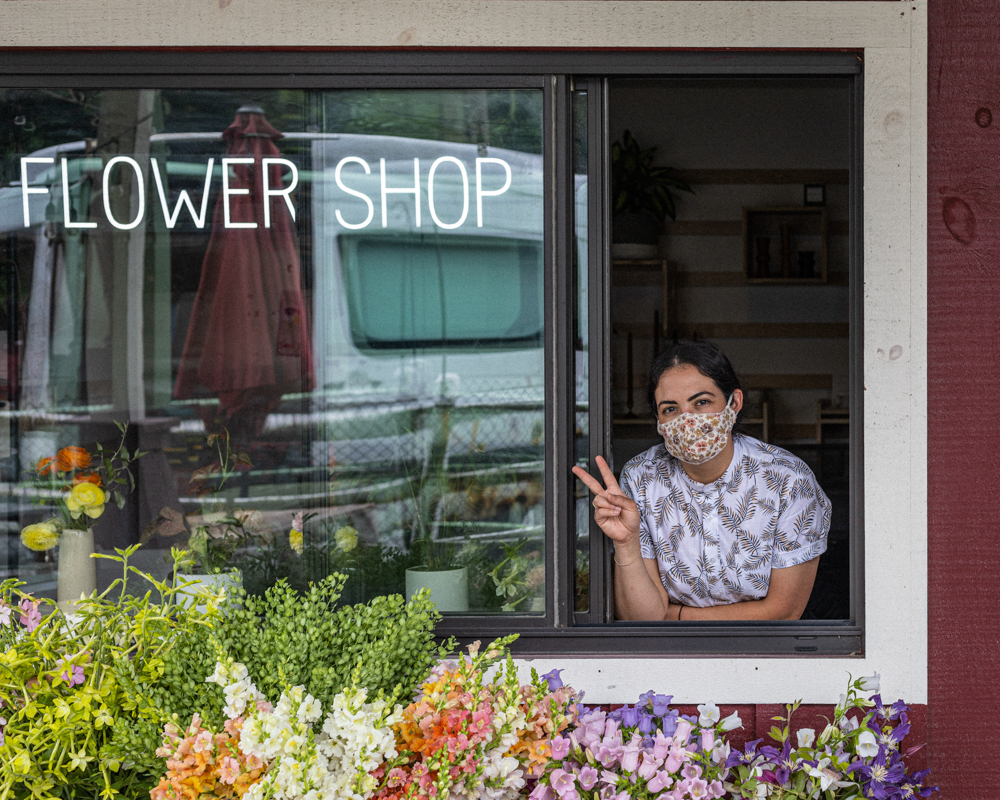 Marcella Broe in the window of The Parcel Flower Co. in Philipstown. (Photos provided)

How many professionals go from advertising to a dahlia farm?

That’s the trajectory that Marcella Broe followed. With her husband, Sam, she owns and operates The Parcel Flower Co. in Philipstown, which grows flowers on parcels of land around the community that are sold through a Community Supported Agriculture (CSA) program and at the Cold Spring Farmers’ Market. The couple also recently opened a storefront at The Pantry on Route 9. 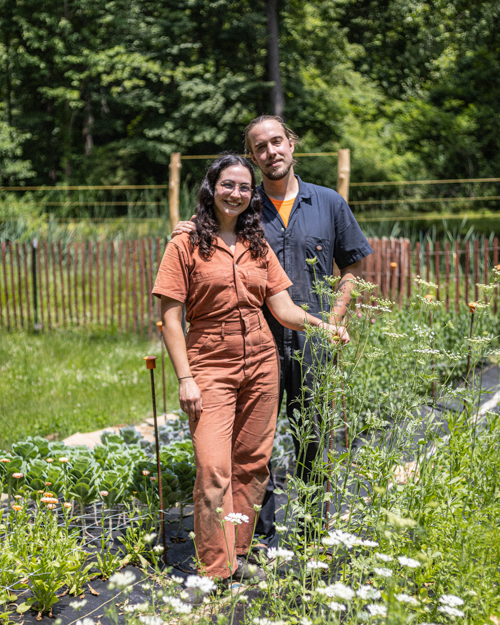 After moving to Garrison a few years ago, Marcella and Sam began evaluating their daily commutes to Manhattan, where Marcella was an advertising project manager and Sam was a software engineer.

“I wanted a more creative, step-away-from-the-desk career,” Marcella recalls. “I had been doing floral design as a hobby and worked in a floral shop in Beacon and freelanced for event and wedding work. I decided to make a big change.”

Leaving her Manhattan job, Marcella found work at Bear Creek Farm in Stanfordville, “which opened my eyes to the farming world and the opportunity to bring local, sustainable flowers to the community,” she says. She and her husband also attended a course for beginning farmers offered by Grow NYC.

Marcella found more work at another flower farm, in Ghent, in Columbia County. At that point, they decided they were ready.

“Our initial thought was we’d have to buy land,” Sam says. “We soon became overwhelmed by the investment that would entail.” A friend offered to let them use a small plot on his property. “We worked on that field for a season and that’s where an idea of finding parcels of someone else’s land formed for us,” he says.

During their first season, in 2018, all the products they grew were used for weddings and other special events. Last year, they added a CSA that provides members with a weekly bouquet from June through October. They also set up shop every other week at the Cold Spring Farmers’ Market at Boscobel; this year they hope to begin attending weekly as of July 4.

“The market allows us to have more connection with the community,” Marcella says. “It’s nice that we’re all forced to slow down for a moment.” 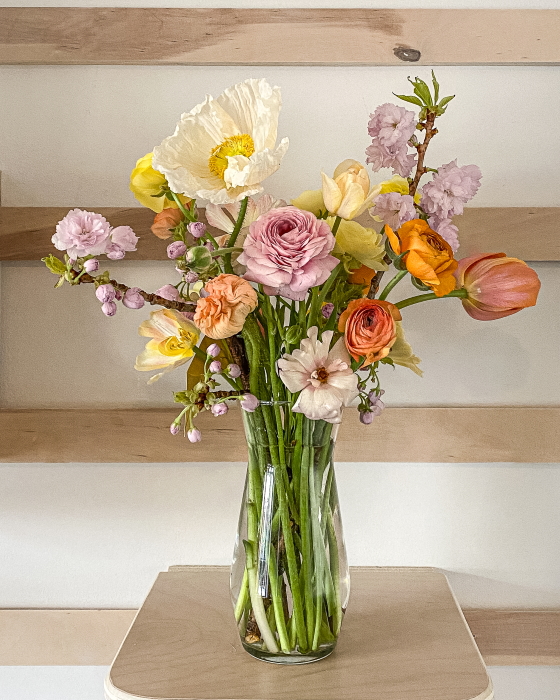 This season they are farming three sustainable parcels, two in Garrison and one elsewhere in Philipstown, which total about half an acre. “People equate farming with hundreds of acres,” says Sam. “We pack everything in very efficiently.”

Marcella adds: “With cut flowers, you can plant them a little more closely than in a landscape garden — you’re harvesting them more quickly.”

One parcel is devoted to dahlias. “The more you cut and tend to them, the more they grow,” she says. Another is home to rudbeckia, calendulas, snapdragons, heirloom carnations, asters and phlox, among other varieties.

“A lot of people don’t understand the sourcing that occurs in the floral industry,” Sam says. “About 80 percent of U.S. flowers come from overseas, and most of those farms are using a lot of chemicals. Post-harvest, there is a huge amount of packaging — sometimes each flower is wrapped in plastic — and low wages. By the time you’re getting a flower that was cut in South America, it’s two weeks old.

“That causes a stigma because people perceive flowers as lasting only a few days, and they can’t understand the cost for what is such fleeting enjoyment,” he says. “Ours are different.”