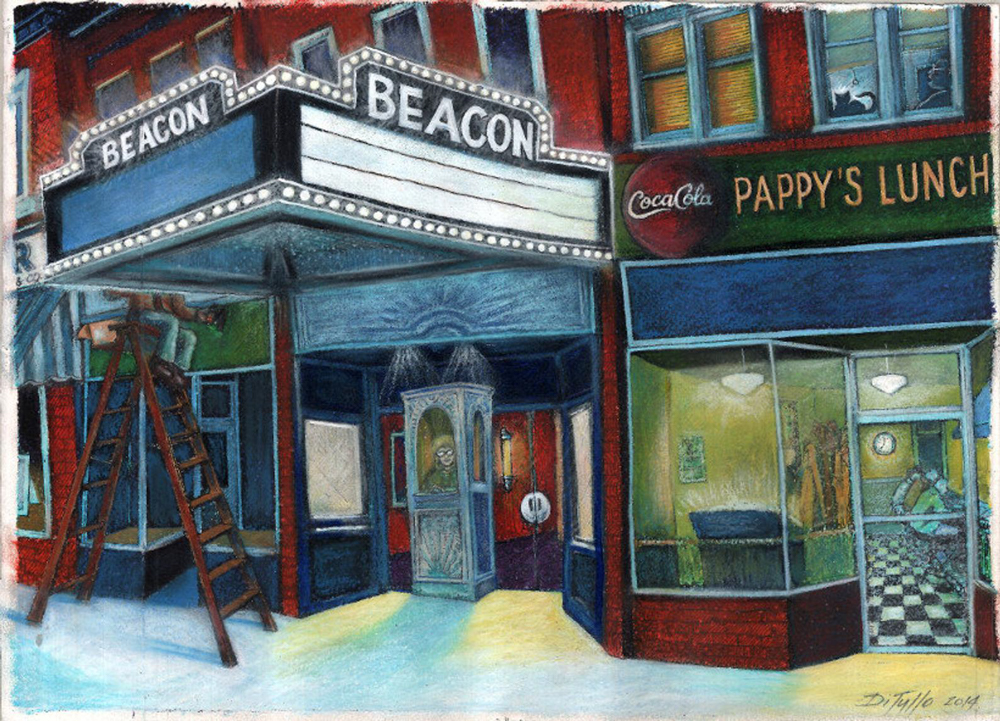 When Sam DiTullo was a child, he realized that “being able to draw was one of the few things I had that made me different.”

The Beacon native recalls being picked on by a bully during lunch or recess, “and I would end up doing a drawing in the dirt with a stick of a cartoon character and he’d start to leave me alone when he realized I could do something he couldn’t. Later he’d come over and ask me to draw something just for him.” 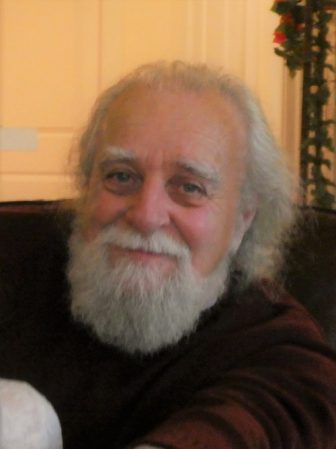 Six decades later, DiTullo is still drawing. Although he now lives in New Paltz, he has returned to his Beacon roots through his art over the past decade, painting the city of his youth and making prints and postcards he sells through etsy.com, often to fellow Beacon ex-pats.

His paintings depict places long gone, either because they were destroyed or altered, such as the Yankee Clipper, Zeyak’s Market, the Victorian building at Matteawan State Hospital, the Mount Beacon Hotel and the Beacon and Roosevelt theaters, along with streetscapes that evoke another time and place.

DiTullo is self-taught. “There were no other artists or role models” when he was in school, he says. “They’d show drawings in art class and I’d get inspired, but there were limited books on art in the library and, of course, no internet, so I never got any kind of a formal education in art.”

In addition, “people were pretty close-minded and I was a bit of an outcast,” he recalls. “As I got older I realized, like many artists and writers, the early part of life is what forms you. At the time the Vietnam War was going on, and when the topic came up, I would state my opinion and get hostility.”

DiTullo remembers being “the first person at Beacon High with long hair. I got thrown out of school in 1966 and that was the reason. I had letters written from some of my teachers saying I disrupted the classroom. It was a very conservative time in Beacon.” 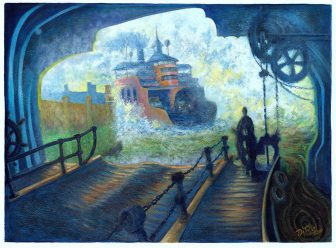 After dropping out, DiTullo worked at a factory. A few months later, he received a letter from the state Department of Education, asking why he wasn’t attending school. “Two weeks later, the school called, telling me I could come back and didn’t have to cut my hair, but couldn’t wear high boots,” he says. “They had to assert themselves in some way. I graduated a year later than I could have, but it was a character-building moment.”

In the years that followed, DiTullo began writing about Beacon, and drawing to illustrate his writing, focusing on buildings and streetscapes that were iconic to his childhood, such as the library, the theaters, the walk from the high school to the diner. “I used to stay up late, walking the streets when no one was around, with my sketchbook and camera,” he says. 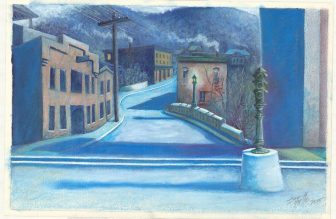 He resumed the habit about 10 years ago, using his earlier drawings and photos as touchpoints for the new ones. He also uses his recollections.

Of the Beacon ferry, which operated until the Newburgh-Beacon Bridge was completed in 1963, DiTullo recalls: “My dad always liked to fish. Every Saturday, we went to the dump, which was on that peninsula where they have the Strawberry Festival. Columns of smoke rose in the air. There was an old diner where the Sloop Club was. The ferry was impressive to a kid, watching it get close, with its clanking sounds, scattering birds. It was big enough to hold more than a dozen cars and trucks.”

The Holland House stood on Main Street at the current location of the DMV. “It amazed me: the railings, the iron fence work around it,” DiTullo says. “A big hotel in a little town, and a place a kid like me would never stay in. It had a carriage house because it was built at a time when people came in wagons. There were these beautiful carved horse heads by the doors.” 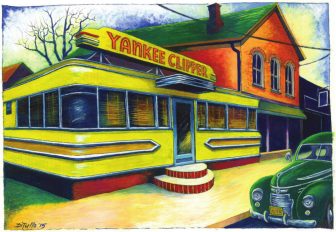 DiTullo worked at one of the places he’s painted, The Beacon Theatre. He’s put himself into his painting of the façade — or part of himself. “I worked there when I was 16, in 1966, and one of the things that I had to do was to put the letters on the marquee every Thursday, when the program changed,” he says. “So the legs hanging off the ladder — that would be me.”

DiTullo says he has never made much money from his art, which is OK. “My philosophy has always been to never take a job for money if it was going to interfere with my ability to be creative,” he says. “I always took fairly mediocre jobs, like construction crews, creating ads for newspapers, designing restaurant menus, signage. It allowed me to have the creative freedom to do whatever I wanted. All the people in the art world hate when I say things like this, but once you depend on someone buying your work, you start to make what sells. I don’t want the fact that I have to make money to govern what it is I do. I go by my heart, my soul, but it’s not an easy way to survive.”