Warning: This book is fiscally explicit.

That cautionary note would not feel out of place on the cover of former Philipstown resident Lynn Steger Strong’s latest novel, Want, which addresses the shame attached to precarious living and downward mobility.

Though written a couple of years ago, the novel explores realms tethered to the concerns that have arisen from the COVID-19 shutdown and, to some extent, from the Black Lives Matter movement. It will be published on Tuesday (July 7) and Split Rock Books will host a virtual event at 7 p.m. on July 22, with Strong in conversation with Cold Spring writer Virginia Sole-Smith. See splitrockbks.com to register. 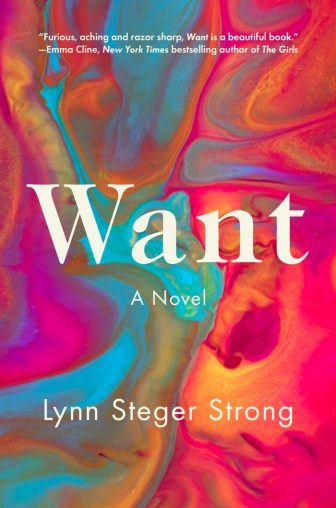 The protagonist of Strong’s novel is Elizabeth, who has a multitude of wants that reflect the typical trappings of middle-class urban life as well as the wish to be an inspiring, responsive teacher and mother; to have increased connection with friends and family; and to be less tired.

Strong has at least a passing acquaintance with all those conditions. Since earning an MFA from Columbia University, she has not gotten rich as a writer and teacher. Like her protagonist, she grew up in Florida, is in her 30s, has two young daughters and has often worked multiple jobs.

“The character is a good vessel,” says Strong, who now lives in Brooklyn. “I wanted a self-knowing, fault-in-herself-finding narrator. I opened at the beginning with the idea that she had the ability to disappear. One of the jobs I gave myself is that any time a reader might say, ‘I know who this person is,’ I tried to throw in a curveball to call them out.”

Economic insecurity hovers throughout the novel, both for people who come from privilege and those who have not. Elizabeth wrestles with her situation and her perception of judgments by her parents, friends, colleagues and herself, always aware of “the idea of a safety net and what that does when you make choices,” Strong says. “You make choices while vaguely aware that a level of safety does exist, and that’s hard to relate to from people for whom there is no safety net.”

She adds: “The American Dream has always been rigged. There has been a dream and a path, but they’re only accessible to a very small group of individuals. A large swathe of individuals is told to ‘pursue your dreams,’ but I don’t think that’s ever been true. Elizabeth is exhausted because the dream is unattainable. Money as the ultimate determinate of value feels so pervasive.” 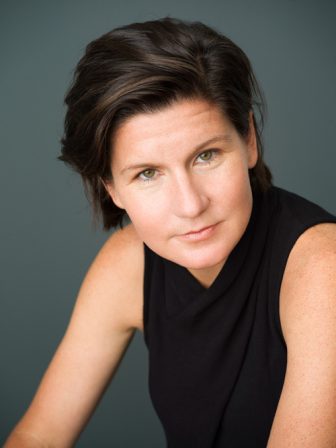 For Strong, personally, “everything was pretty much check the boxes, the privilege of doors opening at Columbia.” Yet, there were hiccups. “I found an agent through recommendations from professors. She sold my first book. There was a conversation about whether it would be marketable. It wound up not selling many copies.

“I wrote another book, and it didn’t sell, largely because my sales for the first were so low. It was rough. Three years of work and I thought it was a big declaration of what I could do as a writer. At the time, it was like falling off a cliff, but in this case falling off that cliff was great because then I could write anything at all. I wrote most of Want at 4 a.m. — time that doesn’t count!”

Strong says she avoids the “conflict then denouement” curve of many novels. In fact, she’s been told “nothing ever happens” to her characters, which she says is not true at all. “A lot happens, though because of the specific shape of Elizabeth’s life it stays in the same tone,” she says.

Though releasing a long-awaited novel during a pandemic is a challenge, Strong says “it’s very useful to have had a failed novel — two actually! I had to learn to find satisfaction and pleasure from individual readers finding something in the book that was valuable to them. We’re at a point where I just want things to be OK, and my personal ambitions are small.”

One thing that’s interesting to Strong is that some readers who received advance copies of Want wrote that they found Elizabeth to be “cripplingly depressed.” Strong says she hears that less often now, post-quarantine, because readers seem more understanding of the roots of the character’s frustrations.

One thought on “‘The American Dream Has Always Been Rigged’”