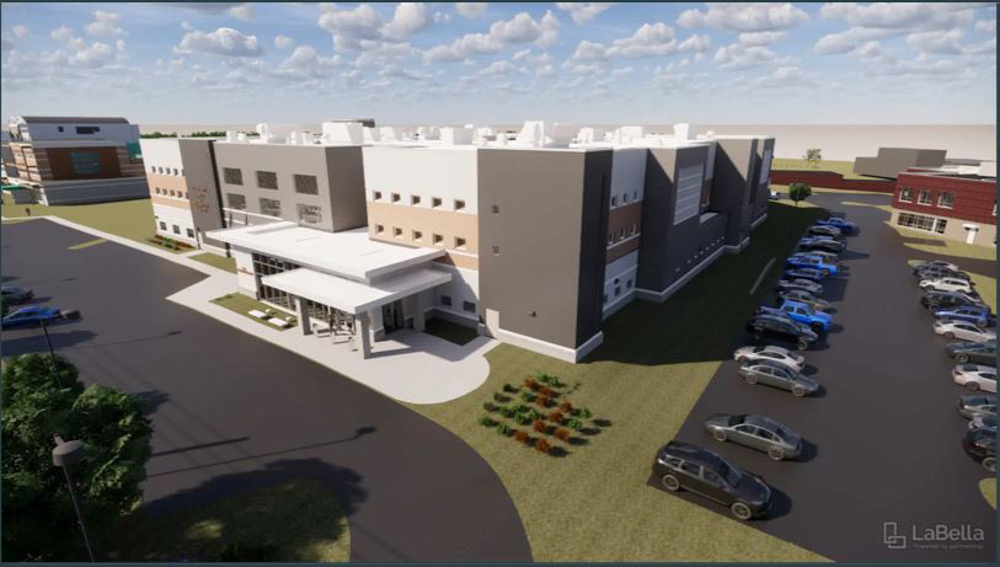 As inmate numbers plummet, new facility could be half empty

Faced with a shrinking population of inmates that has been accelerated by a newly enacted bail-reform law, Dutchess County last year redrew its plans for a proposed $147 million jail, removing more than 40 percent of the beds.

Smaller may not be small enough.

The redesign dropped the number of beds from 569 to 328. But in June, the current 292-bed jail had only 131 inmates on average, compared to 324 in June 2019, according to the state Department of Criminal Justice Services.

While the COVID-19-related shutdown of the court system has likely also affected the census, if June’s numbers remained consistent, a 328-cell jail would be more than half empty.

Democratic county legislators — including Nick Page and Frits Zernike, who each represent parts of Beacon — are now trying to overturn a 2016 vote that authorized the county to borrow up to $192 million to build the jail and headquarters for the sheriff, the latter of which is already completed.

On Thursday (July 9), the legislators introduced a resolution to the Budget, Finance and Personnel Committee to overturn a 2016 vote to borrow up to $192 million to build a new jail and headquarters for the sheriff. It cited the falling inmate population as well as the squeeze put on county revenue by the COVID-19 shutdown. Dutchess is anticipating a loss of as much as $50 million in sales taxes in 2020.

The vote to pass the resolution to the full Legislature for consideration failed, 8-4, with all eight Republicans voting against it and all four Democrats voting in favor.

“This is fiscally irresponsible,” Legislator Brennan Kearney (D-Rhinebeck) said in a statement after the vote. “Without direct federal aid, the county government may be forced to lay off up to 420 employees, according to the county executive. How can we approve devastating service cuts and at the same time launch a construction project that will add $10 million to the annual budget for many years?”

Before the vote, Democratic caucus members and members of local groups that supported the resolution demonstrated outside the county office building in Poughkeepsie.

At the time of the 2016 vote, the jail was overcrowded and inmates were being housed in temporary housing pods that, according to the report released in May by the county Comptroller’s Office, cost the county $7.3 million. Other inmates were being sent to jails in other counties at a cost of $6 million to $8 million annually.


In addition, a February 2018 report from the state Commission of Correction put Dutchess among the five “worst offenders” when it came to health and safety risks for inmates and staff. Past evaluations faulted the county for not providing adequate medical care, required youth educational services and even bras to female inmates. In 2011, an inmate committed suicide by hanging; another did so in 2014.

How Much Has Been Spent?

Through the end of 2019, Dutchess County had spent $57 million on the jail project, according to the comptroller. The expenditures included $33.5 million for the sheriff’s headquarters, which was completed in February 2019 for $2.9 million less than budgeted.

About $13.5 million has been spent on the jail for design, consulting fees and other costs. Once the county solicits bids, construction is scheduled to begin in December and be completed by April 2024.

Before the bail-reform law — which prohibits jailing suspects accused of most misdemeanors and some nonviolent felonies — Dutchess County Executive Marc Molinaro said the county had reduced its inmate population by 40 percent over eight years through diversion programs.

In January, when the law took effect, the pods were able to be closed. (In March, the county began using them as emergency shelter during its pandemic response.)

But Molinaro said the county cannot “continue to warehouse souls in an inhuman, unsafe facility built at a time when they didn’t care and they threw away the key.”

He and Legislature Chairman Gregg Pulver, both Republicans, say that the new jail will be safer, allow for more programming for inmates and save an estimated $4 million annually by eliminating the need through its design for 100 of the current 235 corrections-officer positions.

Pulver said the facility will be “state-of-the-art” and have a “much more rehabilitative setting,” with classrooms and space for substance-abuse treatment. “With this building project, we can do a lot more for humanity than we could without it,” he said.

But Page, who represents most of Beacon and parts of Fishkill, disputed that idea, saying that a jail as “a place of significant rehabilitation has not been borne out in this country, ever,” and that “the chances of a financial debacle are huge.”

“Why can’t you, at least, as a first thought, rehab one of those [jail] wings and in the meantime do everything you can, within reason, to keep the [inmate] population low?” Page said.

Because of widespread protests against racial injustice, the country is at a moment of “convergence,” said Zernike, who represents Fishkill and part of Beacon and also supports rescinding the 2016 vote. “Incarcerating more people is exactly the wrong thing to do.”