The Highlands Current has named Jeff Simms as its Beacon editor, a newly created position. 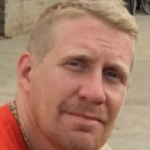 Simms has been covering the city since 2015 on a part-time, freelance basis but will become a full-time employee effective July 13. He studied journalism at Appalachian State University and reported for newspapers in North Carolina and Maryland before moving to New York.

He lives in Beacon with his wife, Heidi Kitlas, who is a fundraising consultant for the paper, and their son, Lucas, who publishes The Beacon Kids Times.

“We are grateful to the members of The Current for their generosity, because it allowed me to hire Jeff full-time, which we needed given all that is going on in Beacon,” said Editor Chip Rowe. “He has been doing a fantastic job as a freelancer and now will be able to do even more.”

The paper was founded 10 years ago this month as Philipstown Dot Info and changed its name in 2016 to The Highlands Current after expanding coverage to Beacon. The paper’s environmental reporter, Brian PJ Cronin, is also based in Beacon.

Because of the success of its membership program, The Current has been able to make two additional hires this year. Leonard Sparks joined the paper in January as the full-time senior editor and Teresa Lagerman in April was named as the part-time community and events manager.

As a nonprofit that offers its website and paper free to the community, The Current is supported by donations and advertising. To see the benefits of becoming a member, see highlandscurrent.org/join.