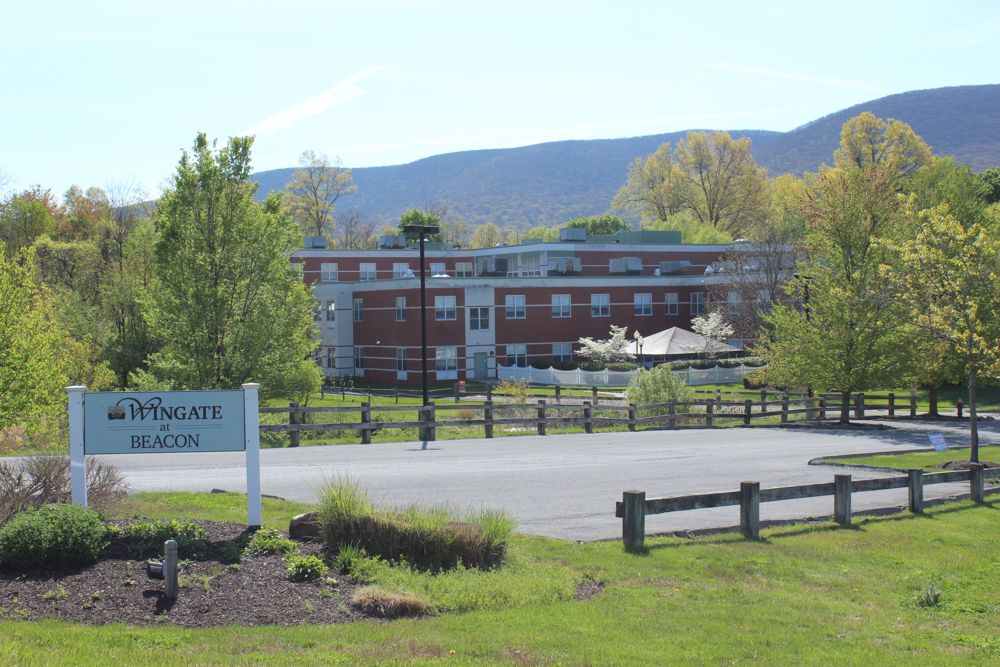 Nineteen patients have died of complications of COVID-19 at Wingate in Beacon (File photo by L. Sparks)

The COVID-19 infections that killed thousands of nursing home residents, including dozens in Dutchess and Putnam counties, were introduced by staff, not infected people released from hospitals into the facilities under a state order, according to the Department of Health.

Gov. Andrew Cuomo and state officials have been defending for more than two months a March 25 order requiring nursing homes to admit “medically stable” patients released from hospitals after being treated for COVID-19. More than 6,300 COVID-positive patients were sent from hospitals to nursing homes through May 8, according to the Department of Health, which released a 33-page report on Monday.

Nursing-home deaths peaked on April 8, six days before the height of the transfers of recovering COVID-19 patients, according to the report. The Mid-Hudson Valley, New York City and Long Island had the highest nursing-home death rates and together accounted for 80 percent of the infections among workers.

“Sometimes what happens is that a narrative gets perpetuated when it’s not based on facts,” said Howard Zucker, the state health commissioner, during a briefing.

The first nursing-home worker in New York with COVID-19 was identified on March 5, and the first confirmed case among nursing-home residents was March 11, the state said. At one point, more than a third of the state’s 613 licensed nursing homes had residents with the virus.

On March 13, the state mandated that nursing homes check workers’ temperatures when they arrived for their shifts and that everyone at the facilities wear masks. It also ordered homes to cancel group activities and banned visitors. (The Department of Health announced on Friday (July 10) that limited visitations can resume at nursing homes.)

An early challenge was that many infected nursing-home residents and staff showed no symptoms, which can take two to 14 days to appear. While testing all 1,260 residents at 13 licensed facilities in May and June, Dutchess County discovered 29 infected residents who had not been diagnosed, including 13 at Wingate at Beacon.

Among staff, the “early, and ultimately erroneous, understanding of viral spread allowed many nursing home COVID-positive employees to continue working” because they showed no symptoms, the reported noted. Scientists later understood that a person could spread the virus even if asymptomatic.

Statewide, about 37,500 nursing-home workers were infected between March and early June, the agency said, representing about a fourth of the state’s infections. The state did not provide a breakdown by facility of infections among staff. 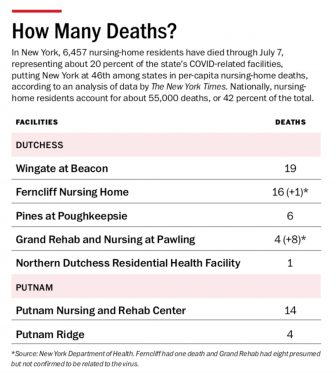 Under the March 25 order, the state told nursing homes that, to free up beds in hospitals, they “must comply with the expedited receipt of residents returning from hospitals” as long as a doctor deemed the patients stable. The state also said that no patient could be denied admission or re-admission “solely based on a confirmed or suspected diagnosis of COVID-19.”

A review of admissions data by the state showed that 6,326 COVID-19 patients were discharged from hospitals to 310 nursing homes between March 25 and May 8.

Further, most patients moving from hospitals to nursing homes had been treated for the virus and “were likely not infectious,” the agency said. “Admissions into nursing homes are patients who went to the hospital from a nursing home, were treated and returned back to their nursing home.”

State Sen. Sue Serino, a Republican whose district includes the Highlands and who is the ranking member on the Senate’s Aging Committee, said in a statement she was not persuaded by the report. She said it “fits their narrative” and that nursing homes “were an afterthought to the state from Day One.”

“Implying that dedicated staff is to blame is a new low,” said Serino. “The state knew these facilities were particularly vulnerable, yet they took no meaningful steps to protect them.”

In May, Cuomo ordered nursing homes to test their employees for COVID at least twice a week. At the same time, Serino called on the state to deploy the National Guard to administer tests and clean the facilities.