After moving to Beacon in 2008, Rob Penner was finding it tough going as a commercial photographer. The problem, he says, is that he didn’t specialize in taking images of food or weddings.

As a teenager, Penner had worked for a graphic arts company, and his father was a graphic artist. In the late 1980s, Penner also had taken classes at the Pratt Institute on graphics, networking and printing. He called up that early training and, in 2009, equipped with a 24-inch-wide color printer, began offering services for artists.

As for the technology, “there’s always something new,” he says. “Right now, it’s printing on metal. It’s an expensive proposition to get into, not only the cost of the equipment, but the learning curve to use it. Mistakes cost a lot of money and there are always mistakes, and you have to eat that when it happens.” 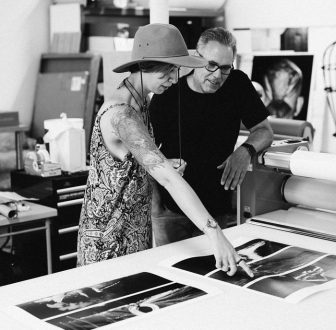 Penner attended the School of Visual Arts in New York City to study photography but left early. For the next 10 years, he worked as a photographer in the city. When the stock market crashed in 1987, he began taking classes at Pratt.

“It was helpful having experience on both sides of the coin, seeing things visually, then being able to turn them into a graphic production platform — taking someone’s idea and turning it into a physical thing,” he recalls. He found work at advertising agencies, where he was “able to sit on the fence between the artists and the art directors.” 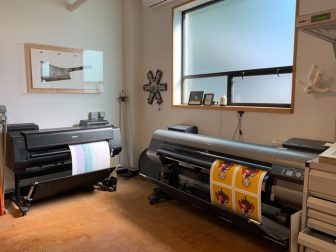 Some of the equipment at Beacon Fine Art Printing

When he moved to Beacon, Penner intended to return to professional photography, an idea he now views as naïve.

“I came back in a completely new world,” he says. “I didn’t realize the extent of the competition. It was too much hustling for too little money. I misjudged, because with digital, anyone can be a photographer.”

After meeting many artists, Penner opened a gallery of his own, which he called 1400 Square. It lasted a year. “It was a luxury,” he says. That’s when he moved into printing. He still takes photos for his own enjoyment, and his work was most recently included in an exhibit at the Woodstock Artists Association and Museum.

Unexpectedly, Penner says, the pandemic has not affected his business. “I was just as panicky as everyone else, but the work has continued to come in,” he says. “I put work outside the door, and everyone pays online. The fear I had was no one would have any money, but they have more time on their hands to make art.”