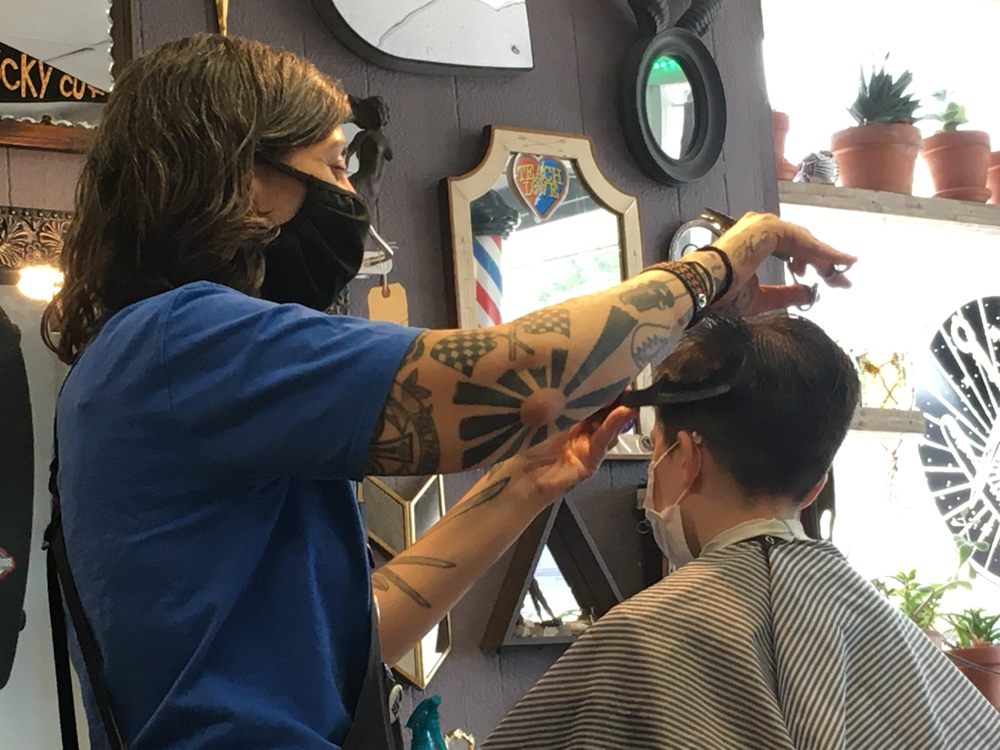 Last week, after months of isolation, Michael Isabell settled into a chair at A Lucky Cut on Main Street in Beacon.

His hair, untamed since February, rose in wispy curls and stretched down the back of his neck. Once, during the months-long shutdown that shuttered barbershops, he attempted to cut his own hair but is sure he “missed a spot or two.”

Owner Lucky Longo asked the filmmaker and photographer if he wanted “something special.”

Coolness was on hiatus between March 22, when Gov. Andrew Cuomo ordered nonessential businesses to close, and June 9, when barbershops in Dutchess and Putnam counties were cleared to reopen. Now, barbers say they are inundated with shags, mops and piles spilling over the sides and backs of necks. 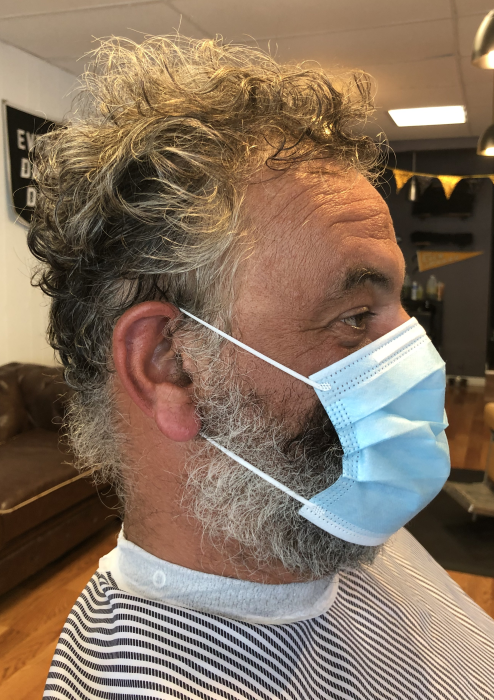 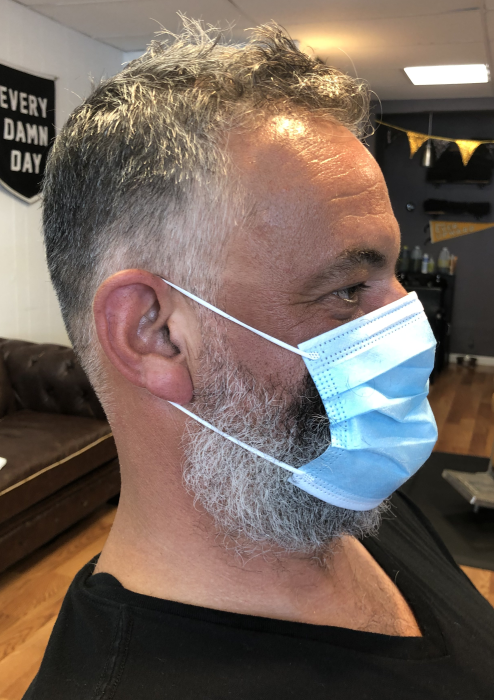 Appointment slots have filled quickly, as have trash cans.

In the Middle Ages, barbers alternated as surgeons and dentists, performing amputations, stitching wounds and doing teeth extractions and other procedures. They no longer use their razors on limbs, but, with clippers and scissors, they have become de facto first responders amid the reopening not only for unchecked hair growth but for spirits dampened by months of being shut in.

Liz Oliveto, who lives in Peekskill, said as she left A Lucky Cut after a trim that she had already booked her next appointment.

“When you look in the mirror every day for three-and-a-half months, and it’s bushy and awful, it’s just a reminder of how screwed up the world is,” she said.

How pent-up was the demand?

Customers emailed and texted photos to Longo and Richard Corio, co-owner of Barber and Brew in Cold Spring, of their do-it-yourself haircuts. People who did a good job “kept it simple and didn’t try to make it perfect,” Corio said.

Like a poker player, “you have to know when to walk away,” he said.

During the shutdown, Longo said she fended off desperate customers, even receiving one request to do an “under-the-table” haircut. “People were asking me to post how-to videos,” she said.

Peter Bynum, a Cold Spring artist, described the mass of hair that accumulated on his head as a “cross between Liberace, Einstein and the Wolf Man” that was “headed toward ZZ Top.” 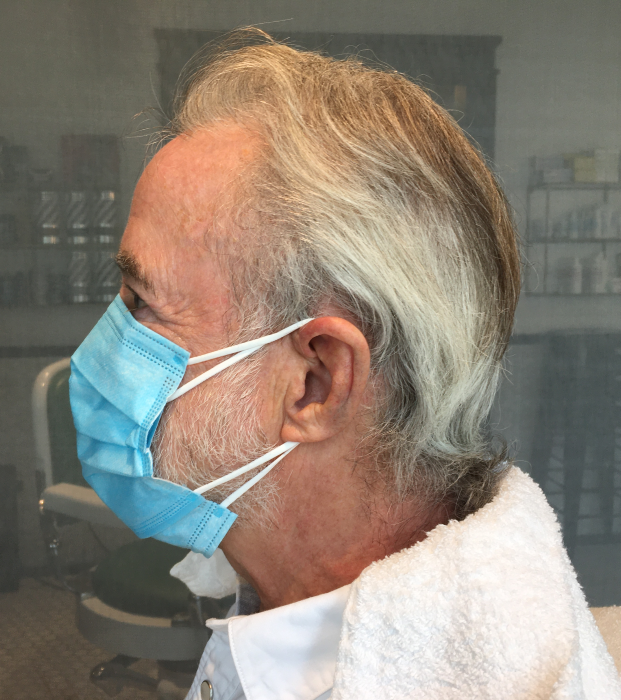 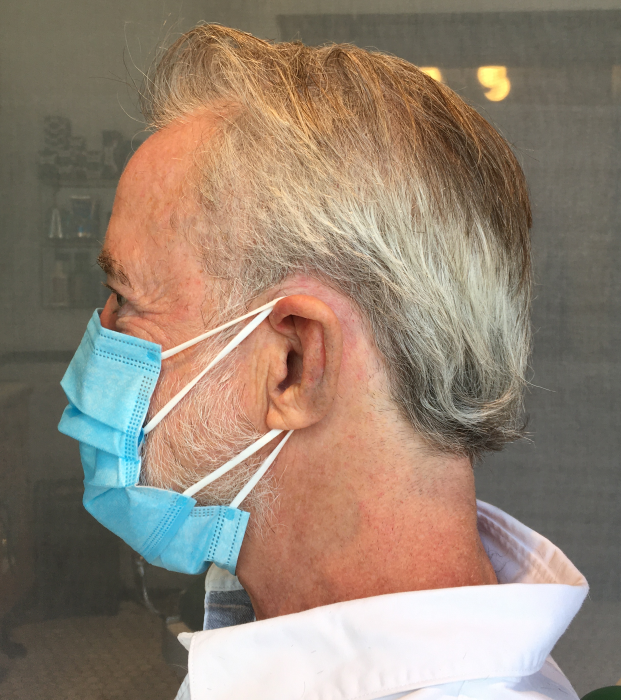 Nancy Montgomery, a North Highlands resident who represents Philipstown on the Putnam County Legislature, said she braided her hair or shaped it into a ponytail. She also bought a fishing hat.

“It got to a length that I’ve never had in my life,” Montgomery said on Wednesday (July 15) after Curio cut her hair.

Allyson Vermuelen, who accompanied her 11-year-old son, Jesse, to A Lucky Cut, said he had endured some teasing about his hairscape.

As Longo went to work, Jesse’s locks drifted to the floor. “It must feel better not to have all that hair,” said his mother, who owns By a Thin Thread, a tailor shop in Beacon. 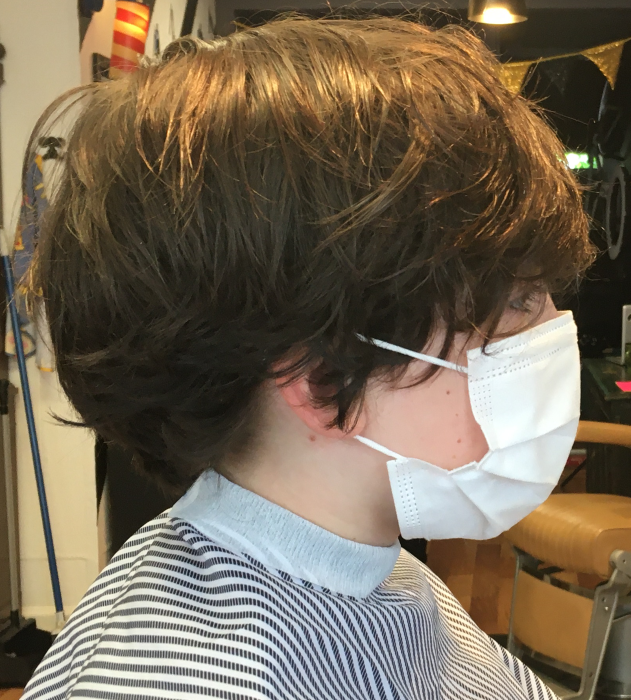 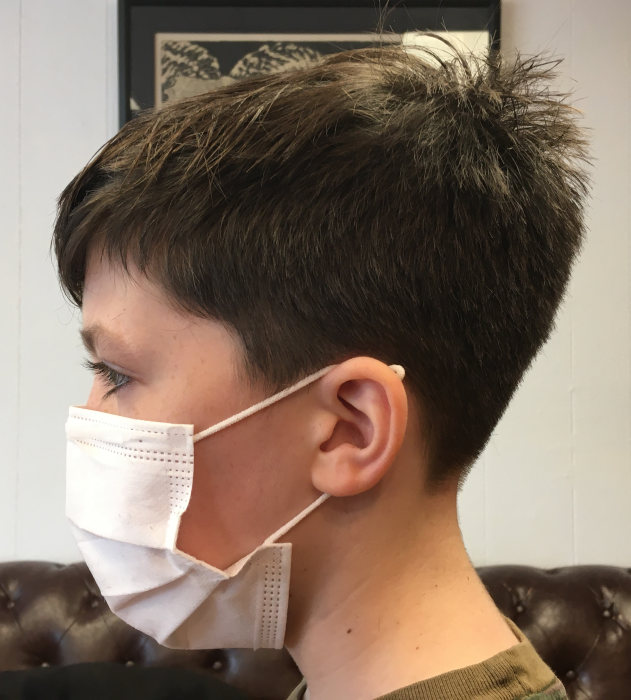 There have been some people who became attached to their longer hair, Longo and Corio said — in some cases convinced by spouses and partners of the attractiveness of their new look.

“Half the people are keeping some of it,” said Longo.

Corio said Barber and Brew initially wanted to have just one barber working at a time in its shop at 69 Main St. but installed a screen between its two chairs in response to the demand. “In two hours, we were a month booked up,” he said.

Longo said each cut takes longer because she has to clean and disinfect more than usual between each appointment but also because there is more hair to cut.

At Barber and Brew, Corio said the barbers stopped using a vacuum cleaner to clean up because it would be full after each cut.

“The amount of hair that we were taking off people — oh, my God,” he said.

Ajay Salhotra of Cold Spring had one of the first appointments at Barber and Brew when it reopened. He returned on Wednesday (July 15), followed by Jonathan VanAntwerpen, a Croton resident who is a Barber and Brew regular but was getting his first cut since February. 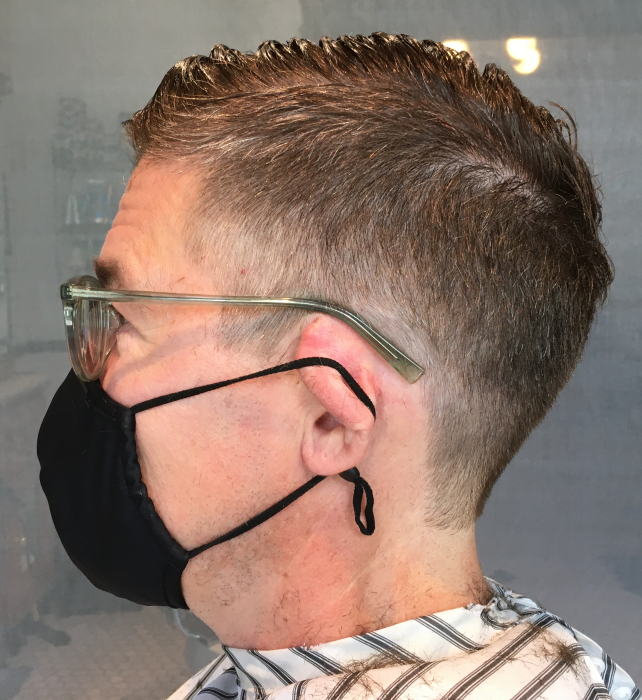 After his trim, VanAntwerpen said he felt “like a new man.” Bynum had a similar catharsis.

“That’s a load off my shoulders,” he said. “I feel free as a bird, light as a feather.”