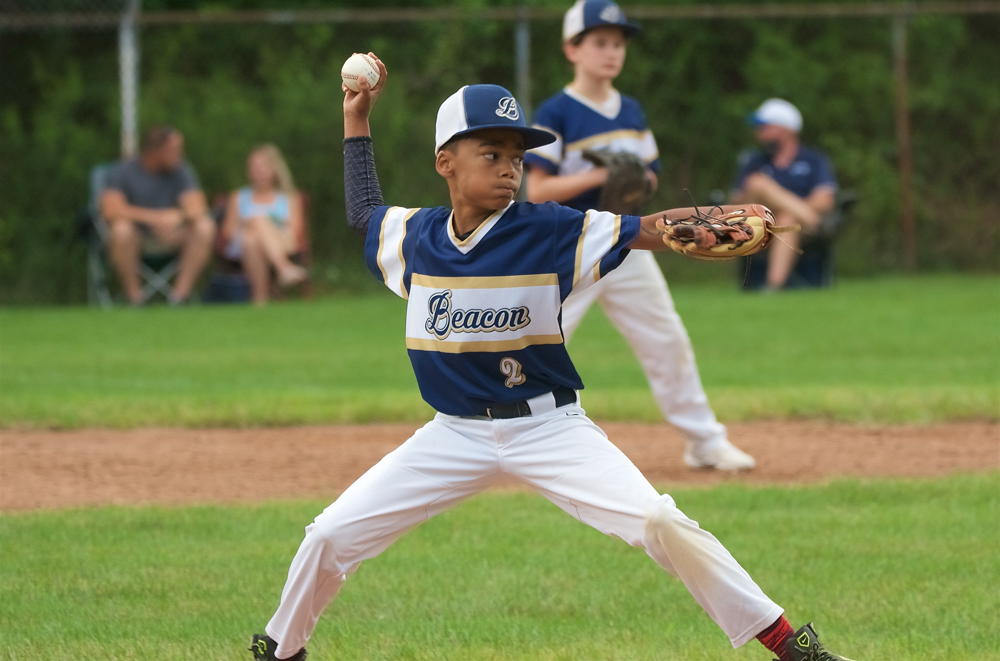 Julian Rivers on the mound for Beacon. (Photos by S. Perlman)

Baseball resumed in the Highlands last week, and a travel team of 10-year-olds from Beacon got in its second game of the summer on Wednesday (July 15).

Despite dropping an 8-0 decision at Putnam Valley in a game played at Rotary Field, everyone seemed happy to be hitting, catching and throwing again.

Julian Rivers took the loss on the mound for Beacon (0-2) while recording two strikeouts. Aiden Heaton was the starting pitcher for Beacon, which plays in the Greater Hudson Valley Baseball League.

Jesse Apostolou had the only hit of the game for Beacon. 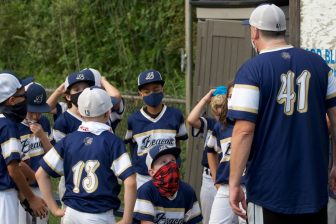 Coach Jed Varricchio speaks to his team of 10-year-olds during Wednesday’s game at Putnam Valley.

Coach Jed Varricchio liked the enthusiasm he saw from his squad. “I love our group,” he said. “They work hard, hustle and they’re a gritty bunch. 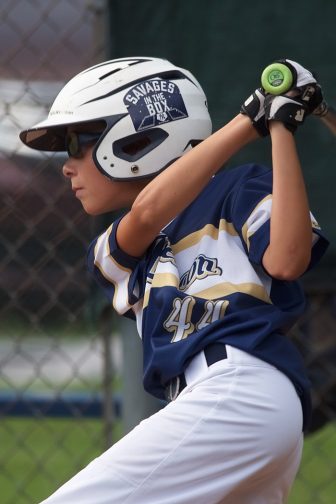 “Gavin Troiano made a nice catch for us in right field, and overall I thought we played good defense,” he added. “We made a couple of errors, but they are a good-hitting team. And they pitched even better. Their three pitchers combined for 12 strikeouts. [Matt Quinn was credited with the win.] Putnam Valley won the championship last year, so they are a very good team.”

Varricchio said Aiden “is a steady thrower for us” and that “Julian also throws strikes. They got one big hit off him, but he did a nice job. 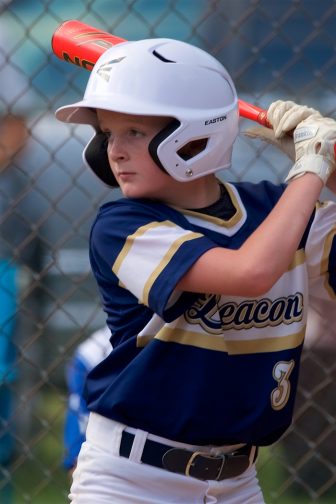 “Nolan Varricchio, our shortstop, played solid defense,” he added. “Julian had a good game for us at second base, and Jesse also did a good job in left field.”

Varricchio said the players and families were happy to get back to baseball, and health protocols in place weren’t a problem.

“It’s great to be back out on the field,” the coach said. “The kids know when to wear their masks; the parents have been great and the league has done a great job getting these games going.”