Says new law on restraining suspects puts them at risk

The Putnam County sheriff on July 20 prohibited his officers from entering New York City while on duty under most circumstances in response to a new law there that bans police from kneeling on a suspect’s chest or back.

The law, which was signed by Mayor Bill de Blasio on July 15 in a ceremony held outdoors over a Black Lives Matter mural, makes it a misdemeanor for an officer, while making an arrest, to “restrain an individual in a manner that restricts the flow of air or blood by compressing the windpipe or the carotid arteries on each side of the neck” — a chokehold — or by “sitting, kneeling or standing on the chest or back in a manner that compresses the diaphragm.” 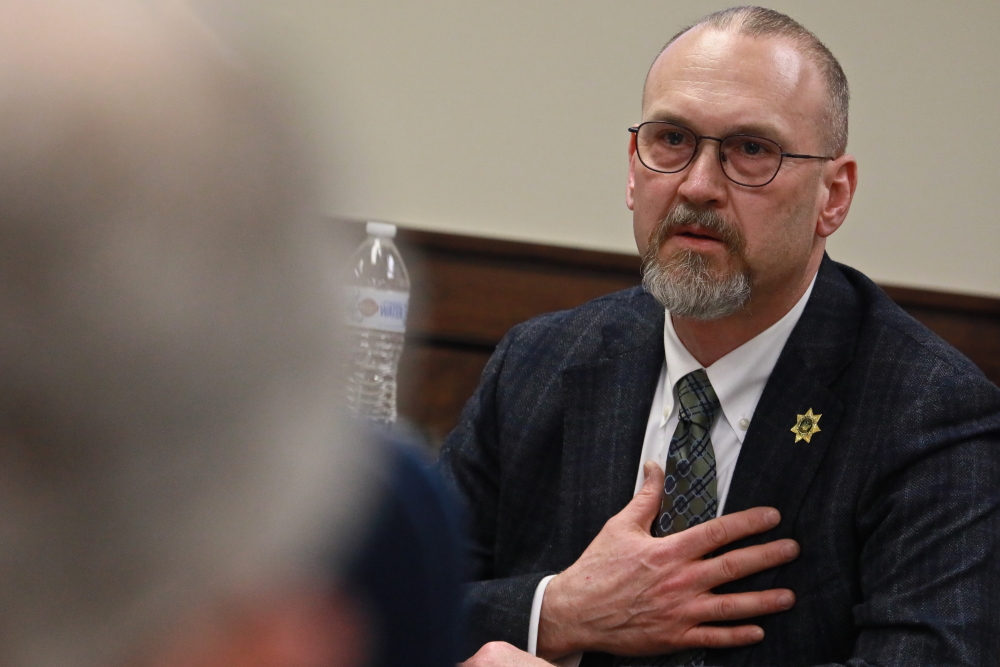 The legislation was first introduced by Rory Lancman, a council member from Queens, in 2014, but it went nowhere until after the May 25 killing of George Floyd in Minneapolis by an officer who kneeled on his neck. Officers convicted of “unlawful restraint” in New York City would face up to a year in jail and/or a $2,500 fine. (Chokeholds have been illegal statewide since June 12, when Gov. Andrew Cuomo enacted a law that banned police officers from using them.)

In his order, Sheriff Robert Langley Jr. argued the law puts his deputies at risk of prosecution by banning what he called a “safe momentary restraint technique” — placing a knee on the chest or back of a suspect.

He wrote that restraining a combative person “often requires some type of pressure to the chest or back of the subject for at least a brief period of time” and that the New York City law does not take into account the officer’s intent or whether the suspect is injured while being restrained.

In a comment on Facebook, Langley wrote that deputies are “often in NYC executing warrants” in partnership with federal agencies and that they “often have arrest warrants from our agency that are executed in NYC by our investigators.

“If we have a suspect in a case who lives in NYC, they need to be interviewed and that often requires us to speak with them where they live. Law-enforcement activities often require agencies to travel well outside their area to make arrests or follow up on leads. Additionally, we have to serve orders of protection from time to time on domestic-violence cases.”

Langley said that, under his order, deputies will be allowed to enter New York City to pick up suspects already in the custody of another police agency. But requests for other exemptions must be made through the chain of command, he said. 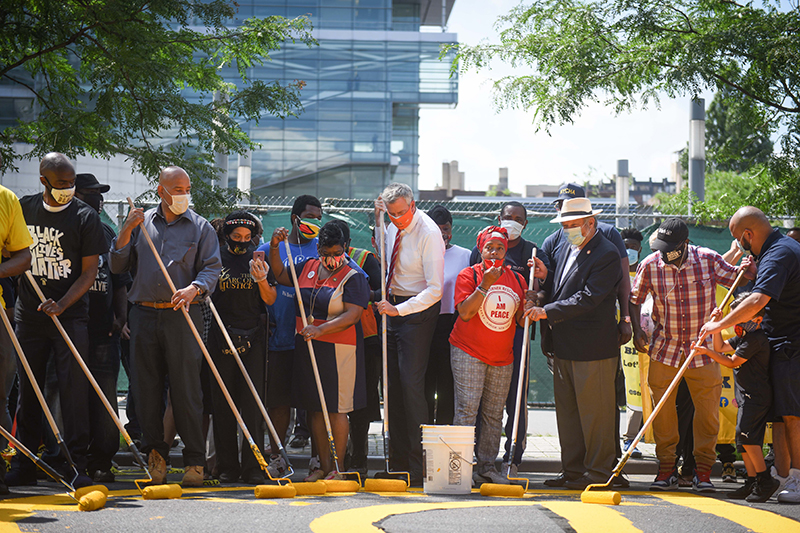 Mayor Bill de Blasio (center) and others created a Black Live Matter mural before he signed a police accountability bill into law on July 15. (NYC photo)

His order was similar to those made earlier by the Westchester County Police and the police commissioner in Yonkers.

The Westchester order, issued on July 16, cited “the likelihood that the restraint of a non-compliant individual during the course of making a lawful arrest often requires kneeling on the torso of the subject for at least a brief period of time” and said the order was intended to protect officers “from criminal prosecution for actions consistent with their training and department policy.”

Yonkers Police Commissioner John Mueller said on July 17 that “we will not subject our officers to the threat of a year in jail every time they have to deal with a violent or mentally ill subject resisting arrest… The New York City law was obviously not written by anyone who has ever had to put handcuffs on a violent individual resisting arrest.”

He ordered Yonkers officers engaged in pursuits to “halt at the New York City line in the future, absent extreme circumstances.”