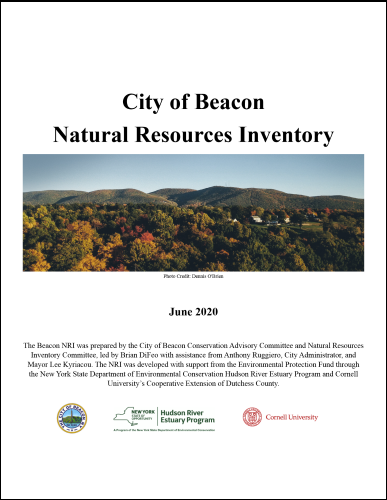 The Beacon City Council on July 6 adopted a 56-page catalog of cultural and environmental resources prepared by the volunteer Conservation Advisory Commission over the last two-plus years.

The commission presented a nearly complete version of its Natural Resources Inventory to the council in January, then worked with Eleanor Peck, the city’s climate smart coordinator, to fine-tune some of the recommendations.

The report includes dozens of maps and charts that create a snapshot of Beacon’s resources, as well as “implications for decision-making” and steps that city officials could take to preserve them.

The commission began this month to compile an Open Space Inventory, which could increase Beacon’s eligibility for grants through the state’s Climate Smart Communities program.