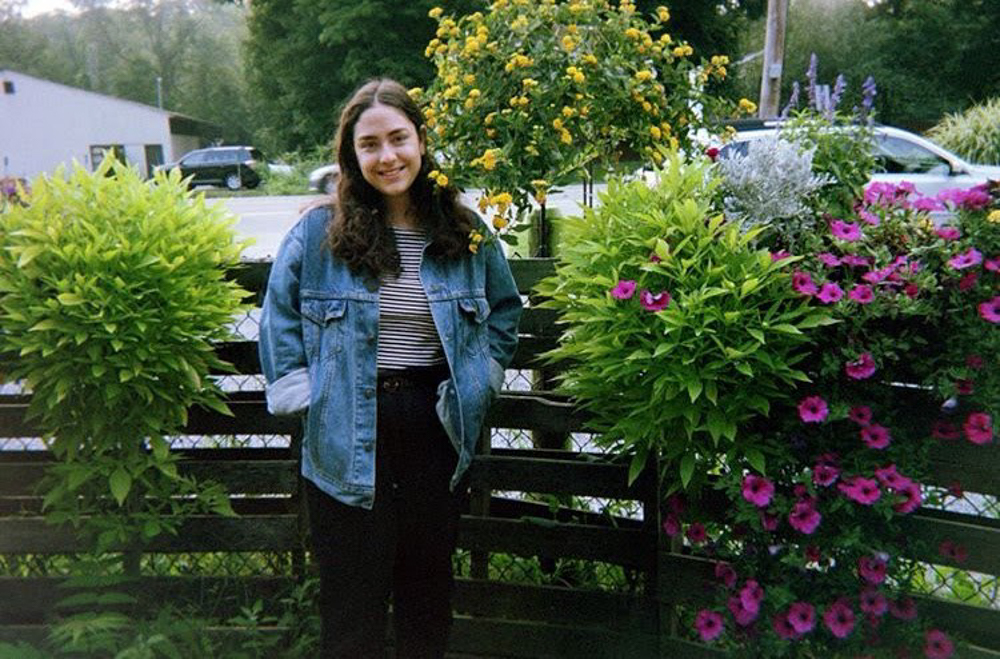 In June, Cassie Traina, a 2017 Haldane High School graduate who is a student at Sarah Lawrence College, founded a grassroots organization called Cold Spring Community Action. She spoke with Michael Turton about it; her responses have been edited for brevity.

Why did you start the group?

It was formed in response to recent activism in town and to Scott Morris being hired as a Cold Spring police officer. When Morris was with the New York Police Department, he was involved with the 2012 killing of Ramarley Graham, a black teenager. [Morris was the supervisor at the scene.] It was clear to me that Cold Spring needed a place where people can get information, discuss it and come together as a community.

Was forming the group a reaction to the national situation?

I’m inspired by it. In some ways Cold Spring is a tiny model of what’s happening in America. I’m interested in lateral information — information coming from members of the community, not from a trickle-down from the government or other institutions or organizations. It’s everybody sharing information they have, on-the-ground, firsthand accounts of what’s happening.

Do you have a background in community activism?

In high school, my sister founded Women Empowered. I was a director. It was important to us to give voice to girls and young women in town, a place to connect and discuss issues. And I’ve always been interested in town politics.

What issues do you feel Cold Spring needs to address?

A lot of issues have become politicized that are ethical and moral issues that should be ingrained in our everyday conversations, such as women’s rights, LGBTQ rights and now, on a major scale, black rights. With so many black teenagers being murdered by the police, it is absolutely necessary that we have these conversations. Racism is the No. 1 issue. Cold Spring has a lot of white, straight people who think their experience is the norm. Anything that goes against that norm, we need to address.

How is race an issue in predominantly white Cold Spring?
It’s a huge issue because we are predominantly white. I recently spoke with a local young black woman who wrote on social media about the racism she has experienced here. She faced a backlash — people denying her experiences. In high school I saw a lot of people actively denying things, even Haldane staff. I’ve seen people deny local history, the enormity of the KKK presence in our town that no doubt we still feel the effects of today. Some people in this town see the Confederate flag as a symbol of heritage. We’re not exempt from those conversations.

In your view, what were the recent Trump demonstrations in Cold Spring about?
Mr. [Edgar] Polhemus had every right to show his support for Mr. Trump [with a banner positioned on Route 9D]. And members of my generation had every right to go there and say, “I don’t believe that [Trump] stands for our town, for the people in it.” When you protest the president it’s political, but it’s also about the things he represents, which, in a lot of ways, is anti-blackness, anti-LBGTQ, anti-women. 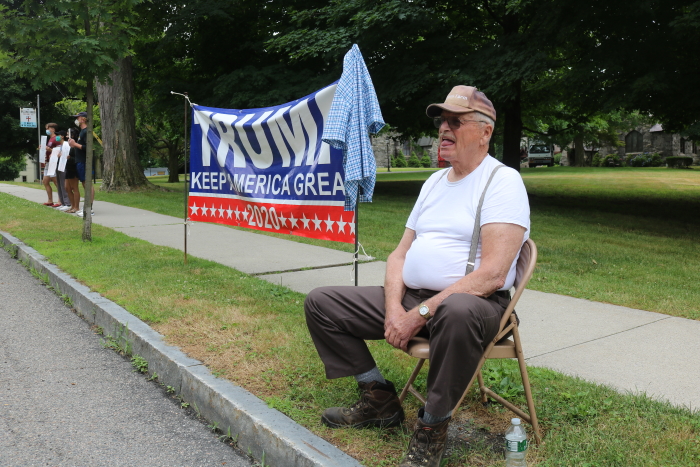 Edgar Polhemus sits near a sign on Route 9D in Cold Spring earlier this month supporting the re-election of President Trump while protestors against Trump hold signs in the distance. (File photo by Michael Turton)

How can racism be confronted?
Community action. That’s why I started this. The information about Scott Morris was always there. Two newspapers in town could have done that research. Many people in town could have done that research. We weren’t curious enough. Community action was effective. Within a day of sending emails, within a day of calling, Mayor [Dave] Merandy announced that Scott Morris was resigning. At the June 9 village board meeting, the mayor was uncomfortable. He had no respect for the email campaign. He said many things against it, that it was mob mentality. But I don’t see it as mob mentality. We saw an issue and we took action.

The Village Board said it did its research, was aware of the incident and felt Morris was a good hire. How would you respond to that?
It’s more of an issue that the board knew everything than if it had not known. The fact that it knew and still thought it was an appropriate hire proves there is systematic racism in our institutions. We didn’t think that police brutality would get back to our town. We thought we were in this bubble.

What did you mean by a comment in The Current that citizens and elected officials need to feel connected?
After the June 9 board meeting, I tried to contact Mayor Merandy at least five times. I tried to contact Officer-in-Charge Larry Burke and the Putnam County Sheriff’s Department. I have not received a response from anyone. They don’t want to talk to me, obviously. That’s where Cold Spring Community Action comes in — it’s a platform where anyone can bring information to the table and discuss it, whether or not our elected officials want that conversation. The information about Scott Morris came from other citizens. The information about the [Trump] protest was from a video by someone who lives here. That’s how we’re getting this information.