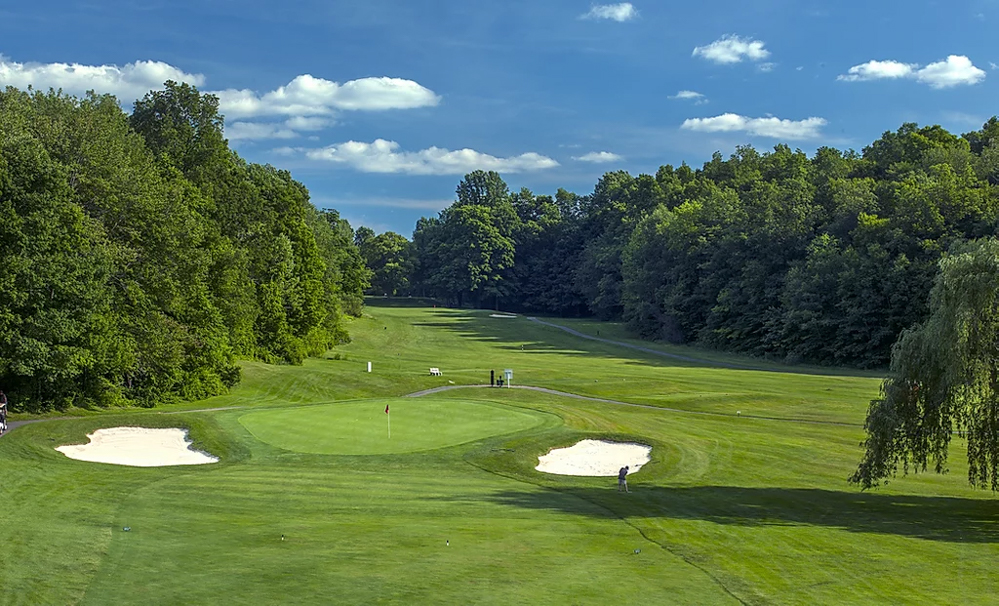 A golf boom and uptick in county sales tax revenues in June — after it tanked in April and May — provide glimmers of hope amid the economic devastation of COVID-19, Putnam legislators were told on Monday (July 27).

Mike McCall, who manages the Putnam County Golf Course and Tilly Foster Farm, said golf has been “carrying the load” in terms of revenue. The pandemic, he said, “has been very beneficial to the game of golf nationwide.”

With gyms and other recreational centers closed, golf offers an outdoor activity with ample social distancing, he noted. “There are more people playing and more playing more frequently,” he said during a meeting of the Legislature’s Audit Committee, convened via audio connection. “There are certainly people playing five times a week now.”

After shutting briefly this spring, the Putnam County Golf Course, in Mahopac, reopened with safety protocols in place, such as limiting each golf cart to one person and mandatory mask-wearing inside the pro shop.

Although revenue at the club restaurant has fallen off, overall, “we’re holding our own,” McCall said. In 2019, he recalled, golf didn’t do as well but “this year it’s kind of saving the day.”

Legislator Bill Gouldman of Putnam Valley advised that as the county prepares its fiscal 2021 budget, it should not anticipate revenue based on the current demand.

Tilly Foster Farm, near Brewster, has suffered from the pandemic’s repercussions, McCall reported. Its restaurant, Tilly’s Table, reopened with partial service on an outdoor deck in mid-June and generated a small profit that month. Now operating on a limited basis indoors, the establishment “had a great weekend” from June 24 to 26 but has made about $24,000 less than expected in the first half of the year, “not a huge number,” he said.

To compensate staff, McCall said Tilly Foster and the golf course each received a federal Paycheck Protection Program loan, which can be forgiven and “was very helpful.”

Finance Commissioner William Carlin said sales tax revenue continues to be a wild card, along with state aid, for the county. Putnam relies on sales tax to cover about 40 percent of its annual budget; state aid accounts for another 20 percent.

For the second quarter of 2020, the county received about $13.7 million in sales tax, about $3 million less than last year. Carlin said the New York State Association of Counties estimates Putnam could lose $5.4 million to $13.1 million in state aid this year.

County Executive Marc Molinaro this week said sales tax from March 1 to June 22 was down 17 percent over last year, and that year-to-date collections were down 11.5 percent. Sales tax accounts for 40 percent of county revenue.

That could translate into tax losses in 2020 of $20 million to $40 million, he said. In addition, hotel-room occupancy tax income for the second quarter was down 80 percent, or $1 million; casino revenue was expected to fall $1 million in 2020; and state aid could fall $17 million to $42 million this year, he said.

A recent state report said the Mid-Hudson Region saw a 17.4 percent drop in sales tax revenue collectively in the second quarter, although it noted that “every region outside of New York City saw an improvement in June after steep drops in April and May.”

Carlin noted that “retail is only down by 10 percent” and internet sales tax “has been going very well. That has been a silver lining.”

On July 7, after departmental cost-shaving, the county Legislature juggled the 2020 budget to cover the anticipated sales tax shortfall for the rest of the year. County officials are prepared to make further “deep cuts” if necessary, but “we aren’t anywhere near that” yet, Carlin said.