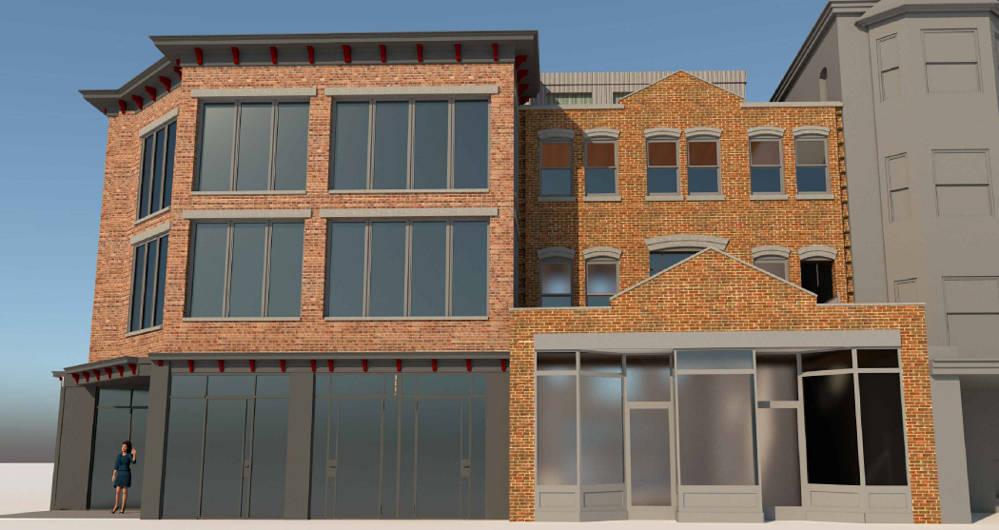 A rendering of the street-level view of the proposed structure

The Beacon Planning Board will hold a public hearing on Tuesday (Aug. 11) to consider the environmental impacts of a proposal to merge the lots at 416 and 420 Main St. for construction of a set-back, four-story building.

One lot is vacant and the other is the site of Kitchen & Coffee (formerly Ella’s Bellas), which would remain a tenant. If approved, the new building would have retail on the ground floor, office space on the second and third floors, and a single apartment on a recessed fourth floor. An artist’s live/work space would be constructed behind the lots.

Project officials scrapped plans for a second apartment on the fourth floor and a single-family home in the rear after feedback from the Planning Board. 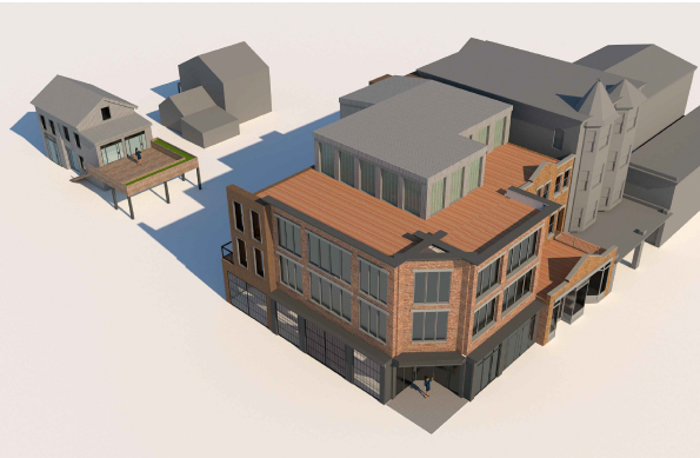 Tuesday’s hearing will focus on whether the proposal could have an adverse effect on the environment or surrounding schools, roads and other infrastructure.

The developer will seek a waiver for 19 of 23 parking spaces that city zoning law requires for the site. In addition, any Main Street four-story proposals in or near the city’s historic district (the entire site is within the district) must obtain a special-use permit from the City Council.

That’s not all. Earlier this year, the council agreed that any four-story proposal on Main, in the historic district or not, must include one or more public benefits such as increased parking, affordable housing units, green building features or public spaces before it can receive the permit for a fourth floor.

During the Planning Board’s meeting last month, members urged project officials to be creative as they redesigned the development, which originally was to include a 25-foot tower at the corner of Main Street and Schenck Avenue.

The developers still have an opportunity to leave an “elegant legacy” of “great design,” said John Gunn, the board’s chair.