Each year since 2014, Manitoga, the former Garrison home, studio and woodland garden of designer Russel Wright, has selected artists for a residency program. 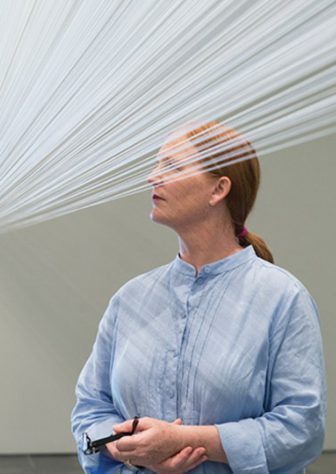 This year’s artists — Anne Lindberg and Pete Wyer — were chosen before the pandemic was a factor, but the timing has worked out, with the region reopening enough that the site can now host guided, properly spaced, tours.

The Artist Residency program is designed to “foster creative responses to Manitoga that invoke Russel Wright’s legacy of creative experimentation and celebration of place,” according to the site. Participants have included Michele Oka Doner (2019) Melissa McGill (2014), Stephen Talasnik (2015) and Kazumi Tanaka (2018),  as well as choreographer Ivy Baldwin (2019) and composers Ben Neill (2014-16), Jeff Haynes (2018) and Suzanne Thorpe (2017).

Lindberg’s drawings, which are exhibited inside Wright’s former home, mirror the array of seasonal colors and other manifestations of the natural world. Her work is two parts, “alternating palettes from cool to warm as summer turns into autumn,” Manitoga says in its guide. “This dovetails with Wright’s constant adaptation of the furnishings and colors in his home to reflect the change of seasons and the natural world always visible from the home’s many floor-to-ceiling windows.”

Lindberg, who has a master of fine arts from the Cranbrook Academy of Art, lives and works in Ancramdale. 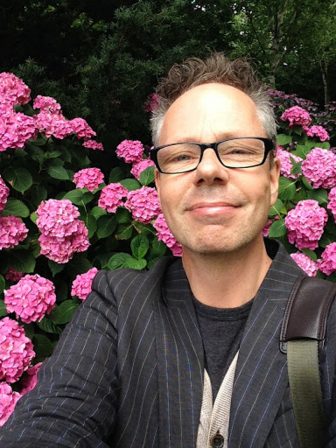 Wyer, a British composer and musician who has created scores for the London Symphony, Royal Philharmonic and Juilliard, adapted for Manitoga his installation The iForest at The Wild Center in the Adirondacks. In Garrison it centers on the site’s quarry pool, surrounded by forest, with boulders nearby. Its four movements are tied to walking, pausing and reflecting.

The iForest features 24 speakers, many fastened to tree trunks, that project the voices of a 72-member choir, primarily singing in the Mohawk language of Native Americans and in response to the traditional Mohawk ceremony of thanksgiving. In his composer’s notes, Wyer explains that the “words are continuously thanking different elements of nature.”

Wyer writes that he “went to some lengths to ensure that I wasn’t offending anyone by making a piece of music in response to the ceremony. It is intentionally not in any way Mohawk, because I’m very western.”

At the same time, he “felt that, while artists should always be extremely careful that they aren’t creating something that is an act of cultural misappropriation, cultures thrive when they inspire and influence one another.”

Other sections of the work incorporate details of a story derived from a Huron legend. 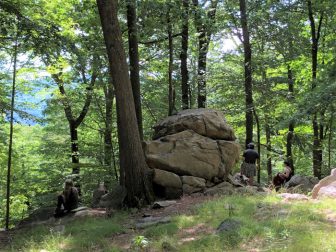 Walking and listening to the exhibit transported me, for 90 minutes at least, into a less-fraught realm, and the experience was only enhanced by the backdrop of familiar Garrison sounds: insects, helicopters and waterfalls, plus a glimpse of children playing in the woods near the installation.

The tour follows the upper quarry path, up stone stairs, past a mountain laurel grove and moss “rooms,” crossing a waterfall over a wood-plank bridge before proceeding into the woodlands to experience The iForest. Visitors then proceed to Wright’s home, where they can see Lindberg’s work.

Tours depart between 11 a.m. and 2 p.m., Friday through Monday, through the end of August, with tickets available at brownpapertickets.com. Tours will continue into the fall, although details are not yet available.

Separately, Manitoga’s woodland trails are open daily until dusk. Hikers are asked to wear masks while in the parking lot and to practice social distancing on the trails. The suggested donation is $5. If the gate is closed or the lot is full, visitors are asked to return at another time.