Gov. Andrew Cuomo on Wednesday (Aug. 5) declared a state of emergency in 12 southeastern counties, including Putnam and Dutchess, in the wake of damage caused by Tropical Storm Isaias.

Central Hudson reported that 117,000 of its customers lost power, including 44,000 in Dutchess and 36,000 in Putnam. As of 7 a.m. Friday, the utility said only 3,600 of its residential and business customers remained without power, mostly in southeastern Dutchess County and Orange County. 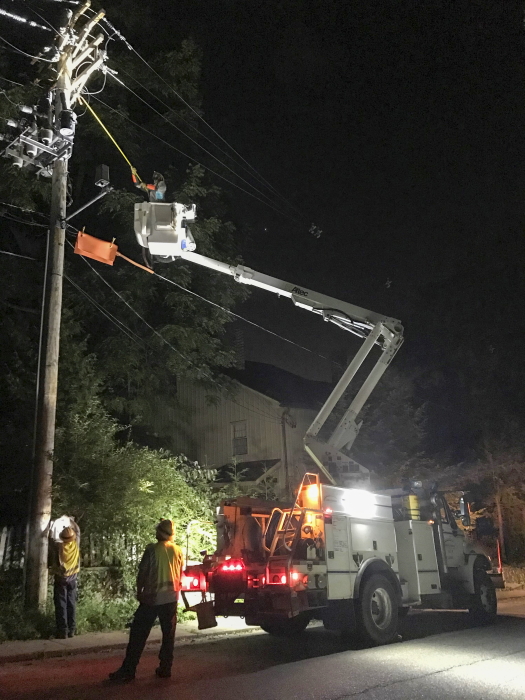 It said electric service for the remaining 3,600 customers would be restored by Saturday.

The utility said it received reports of 91 broken utility poles and more than 1,600 wires down. By Friday, with 730 electric line and tree personnel on the job, about 330 damaged locations remained to be fixed. Central Hudson posts updates at cenhud.com/outages and stormcentral.cenhud.com.

Under the emergency order, state agencies can provide support to local governments without standing agreements in place, the governor said in a statement. Putnam County Executive MaryEllen Odell also declared a state of emergency.

In addition, Cuomo directed the New York National Guard to mobilize 50 soldiers with vehicles to Putnam County for cleanup missions and ice and water distribution.

At its peak, the governor said, the storm caused 920,000 power outages, the governor said, with more than 703,000 remaining as of late Wednesday afternoon. He directed the Department of Public Service to launch an investigation into the responses by Central Hudson and Verizon, among other utilities. 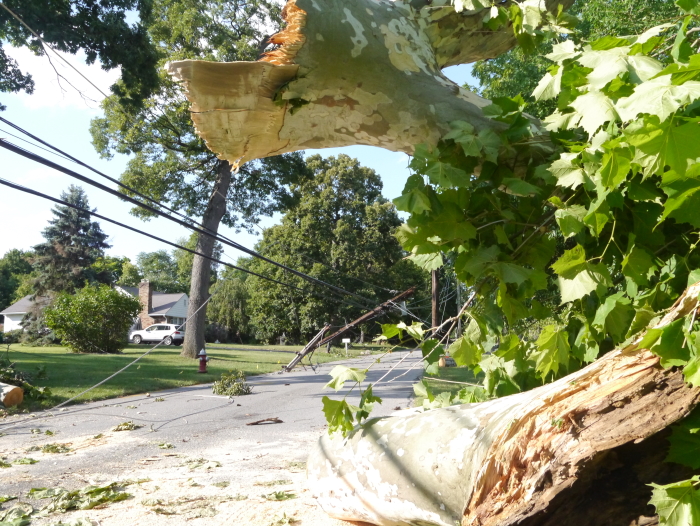 Many power lines were disrupted by falling trees, including this line taken down on Sargent Avenue in Beacon. (Photo by Jeff Simms)