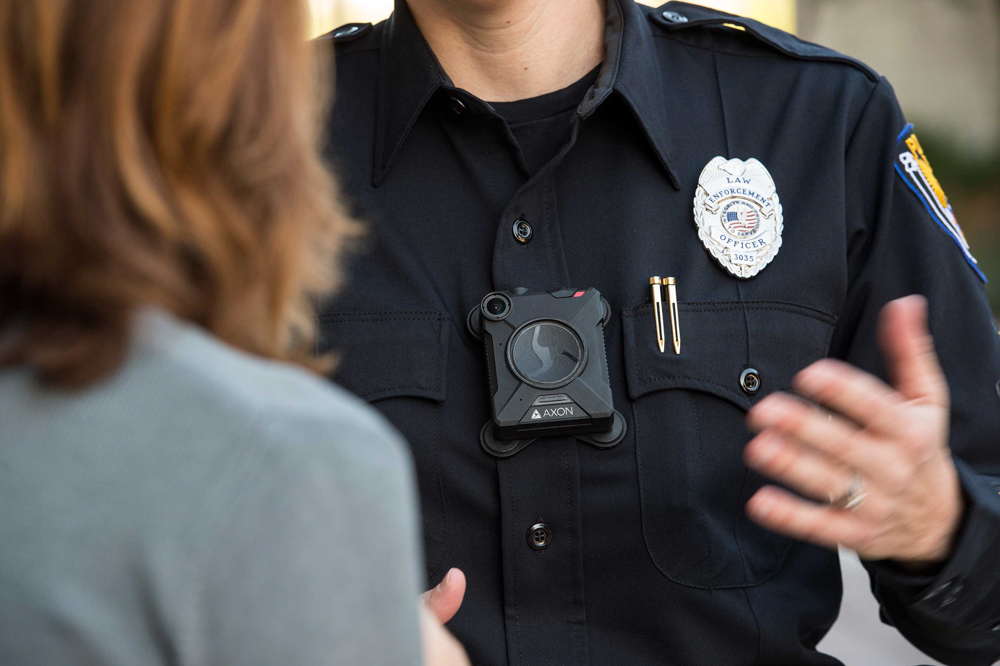 Officers can wear body cameras, such as this device made by Axon, on their chests but there are also models that fit on a shoulder lapel, sunglasses or hat.

Although the Putnam County Legislature meeting scheduled for Tuesday (Aug. 4) by audioconference was postponed because of widespread power outages caused by Tropical Storm Isaias, Sheriff Robert Langley Jr. said the day before that he planned to ask lawmakers to budget funds to equip his deputies with body cameras.

In a statement released on Monday (Aug. 3), Langley said he wanted in 2021 to implement body cameras by Axon, formerly known as TASER International, which he said “is recognized by law-enforcement agencies as the leader in the industry providing the best equipment to capture every detail frame-by-frame.”

Langley noted that the Sheriff’s Department has had cameras in its patrol cars for more than 20 years.

“I ask the residents of Putnam County to contact their legislators and urge their support of this budget request, which is a great addition to policing and safety in our community,” he said.