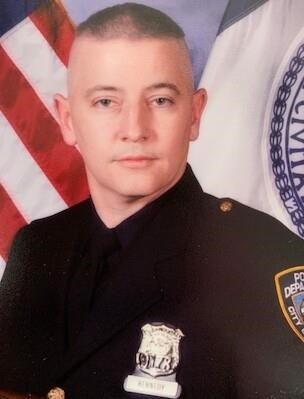 He was born Oct. 17, 1972, in Yonkers, the son of Paul and Eileen (Kilduff) Kennedy. After graduating from Walter Panas High School in Cortlandt in 1990, he became a member of the carpenters union and fulfilled a lifelong dream in 2008 when he graduated from the New York City Police Academy.

Paul had a love for the beach that began as a child, his family said, and he would look forward to spending time at Chadwick Beach each year with family. He never passed up an opportunity to enjoy a seafood dinner and often provoked laughter with his wit, they said.

Besides his mother, Paul is survived by his son, Colin Kennedy, 15; his sister, Colleen Kennedy; and his brother-in-law, Richard Tompkins. His father died in 2006 and his sister, Kerri Ann Kennedy-Tompkins, died on April 10.

A Mass of Christian burial was held on Aug. 10 at St. Columbanus Church in Cortlandt, with interment following at Gate of Heaven Cemetery in Hawthorne. Memorial donations can be made to the Juvenile Diabetes Research Foundation (jdrf.org).