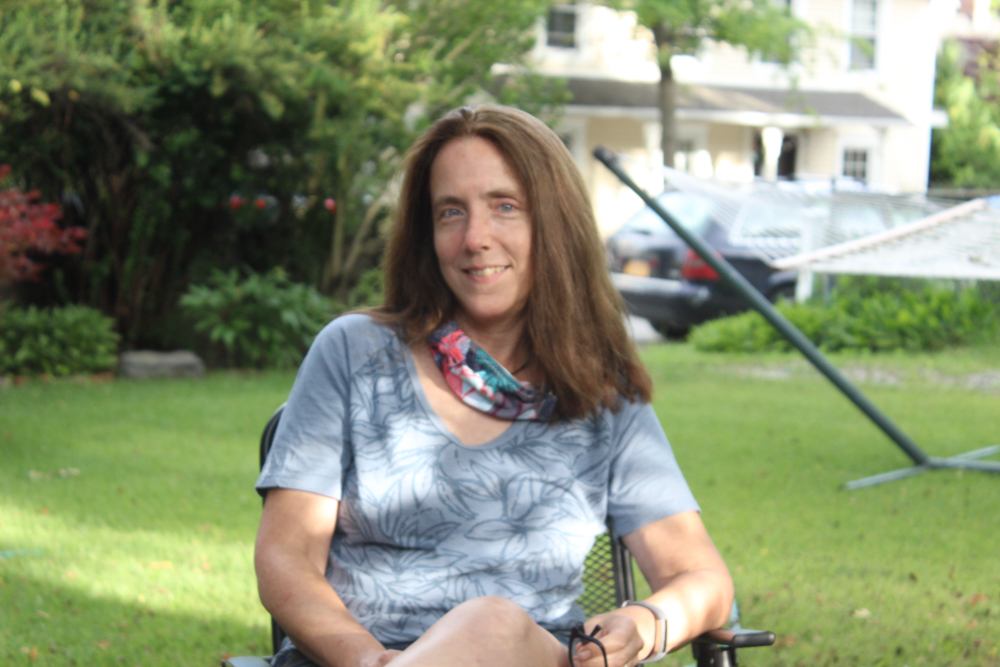 Sarah Gurland (Photo by A. Rooney)

Like many artists, Sarah Gurland has a day job: Since 1995 she’s been a senior designer at The Gro Agency, working mostly with clients in the food industry — “ice cream, beef jerky, mashed potatoes,” she says.

“Though it is creative, there are rules to follow, things to be lined up, special attention paid to point sizes, branding, typography, etc., all placed in just the right way to tempt consumers,” she says. “I’m a worker bee, more of a behind-the-scenes kind of gal. I never wanted to be the creative director, but I’ve been there the longest, so I know everything!” 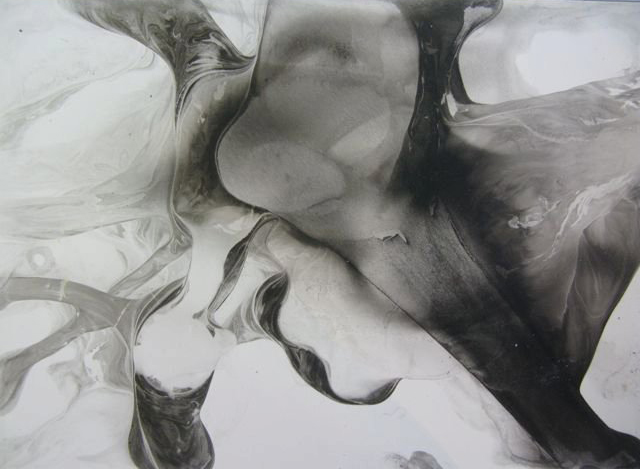 Her passion is painting, sketching and creating monoprints. “I like to step away from planning and organization,” she says. “I prefer to allow the materials to guide my process and rely more on chance and accident, whether it’s which way the water will flow or how the string will fall on the paper. The hardest part is knowing when to stop.

“It’s fun to get your hands dirty,” she adds. “If my head gets into it too much I can’t do anything, but take the brain out of it and let one thing lead to another — that’s usually when I’m at my most creative.”

She offers an example. “I have this large collection of old buttons. They belonged to my father’s Aunt Dora, who worked in the garment district. For a Members’ Show at the Garrison Art Center, I took a long strip of molding and chose some buttons and put them on this little shelf. Once you take them out of this bucket of random things, they have a personality. It seems like there should be a story behind each one.”

At times her day job impinges on her artistic side. “Because of working — that part of your brain gets tired,” she says. “I have ideas that percolate in my head, but taking them from floaty little ideas and turning them into something is hard. You have to cleanse your palate before you can get into something else. And at the end of the day, sometimes all I want to do is sit down with a glass of wine instead!”

Gurland, who grew up in Suffolk County, majored in English at Gettysburg College, in part because she took a drawing class but didn’t like the teacher and it soured her for a while. However, after a string of post-graduation administrative assistant jobs, she realized she needed to do something creative. 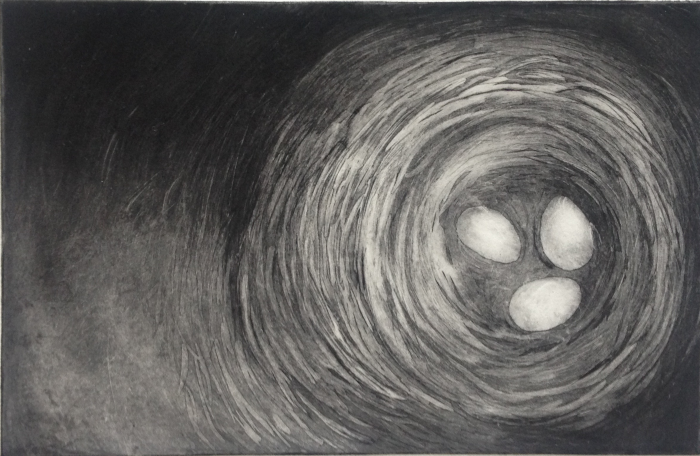 With dreams of becoming a book-cover designer, she earned an associate’s degree in graphics and advertising from Parsons School of Design.  After a brief move to Philadelphia, Gurland returned to New York City and found a job designing packaging and catalogs for a toy company. When the firm went bankrupt, she landed at The Gro Agency.

Gurland and her husband, Thomas Huber, who is also an artist (and whose day job is as the head preparatory and facilities manager at Magazzino Italian Art, the Philipstown museum), met at a party in 1990 and were married five years later. By 1999, they were ready to make a change in their cramped city life. On day trips to the Hudson Valley, they “always kept winding up in Cold Spring,” she recalls. “We’d hike, eat at the Foundry Cafe — it just seemed like a good fit.”

They made the move a year later. Soon after, their son Curtis was born. (A 2020 Haldane grad, he is headed to American University.) Over the years, Gurland has tended her desire to make art through classes at the Garrison Art Center, particularly those taught by Jaanika Peerna.

The demands of Gurland’s day job, plus volunteering — she co-chaired the Haldane PTA’s “Reflections” arts contest for a few years and paints sets for Haldane Drama — reach into her evenings, but “every once in a while I’ll go upstairs and do something,” she says. Recently, she contributed to the Art Center’s Pandemic Postcards exhibit. 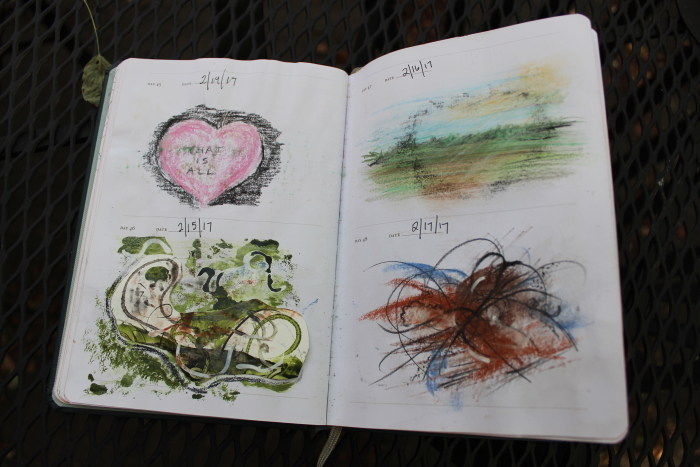 A few years ago, Curtis connected the art cables. He bought his mother a blank book called A Sketch a Day and challenged her to fill it. She began on Jan. 1, 2017, and, for the next 365, posted that day’s sketch on social media.

“I’d go back to old things, cut them apart, use bits of magazines and paint over them,” she says. “I tried some new things, for instance using gouache, and doing drawings with ink, where I’d take a piece of string, dip it in ink, then let it fall to the paper. I didn’t have control over it, and that’s fun.” Three years later, she says she’s still inspired by the exercise.

Since March, Gurland has been working from home. She says she combats the feeling of dread brought on by the pandemic by taking walks around Foundry Cove. “By making sure I do it daily, it makes me deal with things,” she says. “Sometimes, it’s a matter of just having time and space to think more about project ideas.”