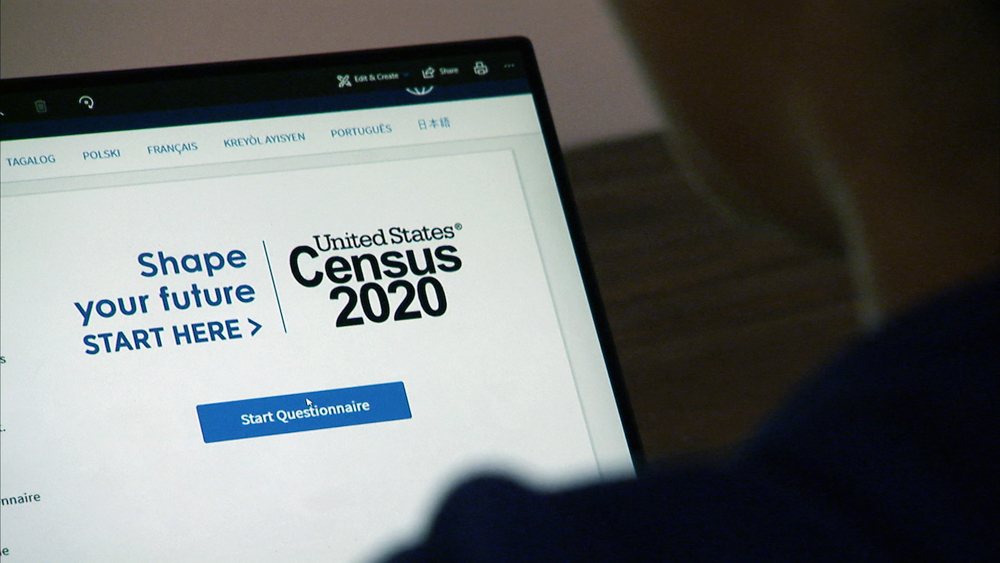 Residents can reply to the census online, by phone or by mail. (Census Bureau)

Local public officials and organizations that thought they had another three months to convince holdouts to complete the 2020 census are critical of a federal decision to shorten data collection by a month — a move some believe will lead to an undercount of immigrants and minorities in Democratic-leaning states like New York.

On Aug. 3, Census Bureau Director Steven Dillingham announced that the arduous work of collecting information from households and individuals, already beset by delays due to the COVID-19 pandemic, would end on Sept. 30 instead of Oct. 31. The original deadline, July 31, had been extended to the end of October in response to the delays.

While Dillingham gave no reason for the reversal, Marc Molinaro, the Dutchess County executive, called the decision “pathetic” and said it seems “clearly political.”

He and other elected officials said they want to see as many people counted as possible. Census figures not only determine the number of representatives each state has in the U.S. House of Representatives but also figure into formulas that determine the amount of federal aid that is sent to states and local governments for Medicaid, highway construction, school lunches, Head Start and other programs.

“I don’t see any reason why the federal government could justify cutting short or reducing the amount of time, especially under the current circumstances,” said Molinaro, who is a Republican. “There are certain things that we do as a society, as a government, that need to be protected from political or partisan influence. The census count is one of them.”

Putnam, with 66.6 percent of households responding through Aug. 12, and Dutchess, with 62.2 percent, have had relatively healthy responses compared to the past three censuses, which are conducted every 10 years. Putnam, which had only a 56 percent response in 1990, has nearly matched its 2010 rate. Dutchess had a 65.7 percent response in 2010. 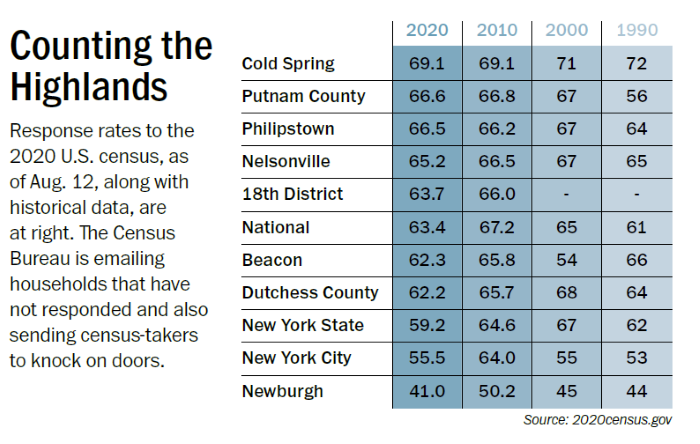 The beginning of the final stage of counting began Tuesday (Aug. 11), when 500,000 census takers nationwide began making in-person visits to the estimated 56 million households that had yet to complete a questionnaire at census2020.gov (available in English, Spanish and 11 other languages), by phone (844-330-2020) or by returning a paper form received in the mail. Door-to-door visits started in some areas of the country in late July.

As many as 500 enumerators will be deployed in Dutchess County and up to 100 in Putnam County, said Jeff Behler, a regional director for the bureau whose office oversees New York, seven other states and Puerto Rico. They will generally visit residences between 9 a.m. and 8 p.m. and try up to six times to speak with someone directly.

If unable to reach anyone, census-takers will try to get basic information about a household from neighbors. If that fails, the Census Bureau will estimate “what that household looks like” based on data from neighboring households, Behler said.

Enumerators will have an identification badge with their photograph, a U.S. Department of Commerce watermark and an expiration date. They also may carry Census Bureau bags and other equipment with the Census Bureau logo and are required to wear masks and follow other health guidelines.

The door-to-door phase generally leads to “an uptick in self-response,” said Behler. “We’re confident we have plenty of time to finish the door-knocking before Sept. 30.”

In mid-March, at the beginning of the COVID-19 outbreak in the U.S., the Census Bureau suspended field operations as large swaths of the country shut down. Partner organizations, such as local churches and libraries that usually hold outreach events closed, said Behler. 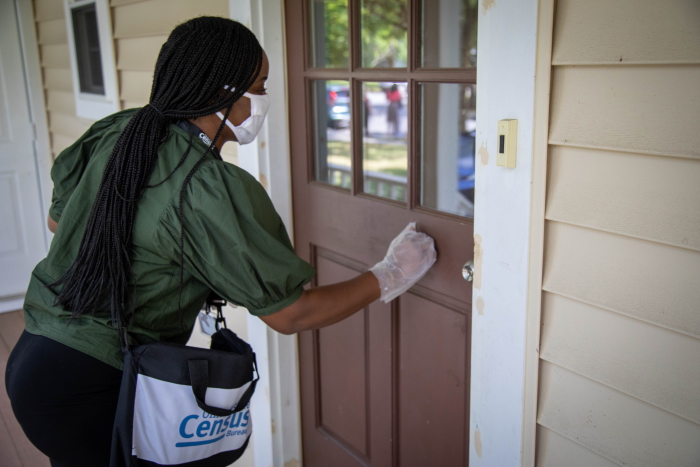 Another problem created by the pandemic, Behler said, was the flight of people from their primary addresses in COVID-19 hotspots such as New York City to second homes upstate and on Long Island. Only 55.5 percent of city residents had responded as of Aug. 12, although only 64 percent did in 2010.

“More than likely they left before they ever got the form” in the mail, he said.

Along with announcing the new deadline, Dillingham said the Census Bureau would be hiring more workers and creating an awards program to “accelerate the completion of data collection and apportionment counts.”

But actions by President Donald Trump have fueled the belief by detractors that politics is behind the decision.

Two weeks before the announcement, on July 31, Trump issued an executive order to exclude undocumented immigrants from the census “to the maximum extent feasible.” Last year, the U.S. Supreme Court rejected an attempt by Wilbur Ross, the secretary of the Department of Commerce, which oversees the Census Bureau, to add a question asking people whether they were U.S. citizens, which critics said would discourage participation.

Dillingham said that the bureau “continues its work on meeting the requirements” of the president’s order.

“We are committed to a complete and accurate 2020 census,” he said.

Before COVID-19 hit, NLMH members had knocked on 5,000 doors, said Jonathan Bix, the group’s executive director. Since the pandemic put a halt to the doorstep campaign, volunteers have been using phone calls, text messages and social media to encourage people to be counted.

Having one less month is “concerning and troubling” and “seems like it’s being done by the administration to produce an undercount,” said Bix.

“We’ve been doing as much as possible for as long as we can already, but we’re just going to have to try to do even more with the time we have left,” he said.

One thought on “Count, or Undercount?”